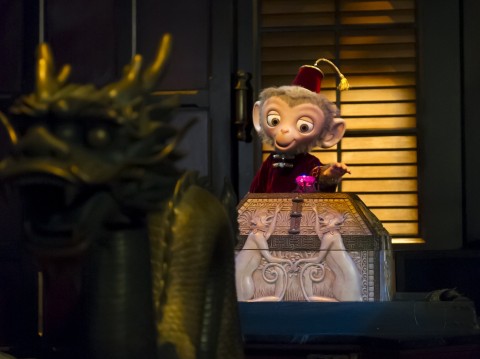 When Michael Eisner and Frank Wells joined The Walt Disney Company, they had the Midas Touch. The two executives could seemingly do no wrong throughout the 1980s. When the 1990s approached, they boldly proclaimed the Disney Decade, a time when the company would achieve new heights. Now that this era is 20 years in the past, let's look back at the Disney Decade to evaluate how the company did.

Michael Eisner and Robert Iger didn’t agree on a lot of things, but they have a shared opinion about what makes Disney great. Animated movies provide the backbone of the company. When those films aren’t good, the theme parks will struggle.

The term Disney Decade often gets interchanged synonymously with Disney Renaissance. The explanation involves the film studio, where classic movies like Beauty and the Beast, Aladdin, and The Lion King debuted during this decade. For this reason alone, the timeframe will always qualify as a staggering success.

Disney's 1980s film releases mostly disappointed. The only two exceptions were Who Framed Roger Rabbit and The Little Mermaid, the latter of which triggered the Disney Renaissance. Eisner needed the animated movies to stir interest at the parks, where character-themed attractions have always driven attendance.

Any evaluation of this timeframe must acknowledge that the 1990s stake a viable claim as the best years ever for Disney animation.

The start of the Disney Decade featured one game-changing triumph and one eventual failure. 1991’s introduction of the Disney Vacation Club (DVC) clearly qualifies as the success, as the program’s entering its 30th year in operation now.

Guests who purchased DVC contracts at $51 per point in 1991 have been rewarded handsomely. The value of these real estate interests has tripled. At the same time, members have also exchanged DVC points for fabulous Disney resort stays many times over the years.

As recently as the fiscal 2019 earnings report, Iger stated that DVC positively impacts the company's bottom line in a significant fashion. This program is also undeniably a significant achievement during the Disney Decade.

The eventual failure bums out many Disneyland/Epcot fans. I’m speaking of WestCOT, a proposed expansion of Disneyland. By 1991, the Happiest Place on Earth had already celebrated its 35th anniversary and reached attendance levels that caused discomfort among park officials.

The simplest way to boost revenue while controlling park traffic involved the construction of a second gate. Legendary Imagineer Tony Baxter pitched a West Coast version of Epcot, one that would add 10 years of technological innovation to that park’s guiding principles.

In The Imagineering Story, Baxter refers to WestCOT as the greatest disappointment of his Disney career. He knew that the 1991 park announcement could have led to something much better than the place that would arrive ten years later, Disney California Adventure (DCA).

Unfortunately, Disney cut some strange corners with WestCOT. Plans for the project included land that neither Disney nor the city of Anaheim owned. You can imagine how the owners of those properties felt about the news. By 1995, Eisner gave up entirely on this gate. In some alternate reality, this park exists in place of DCA. I’ll leave it to you to decide which one is better.

The failure of EuroDisney

The park that we know as Disneyland Paris opened to the public in April of 1992. In a way, the Disney Decade died that month. West Europeans, especially French nationalists, decried the arrival of this park, discrediting it before they ever walked through the front gate.

The oddity here is that Disneyland Paris has become the top paid attraction in Europe over the years. Had critics merely given it a chance at first, the park might have avoided a lot of heartaches. Okay, probably not.

France suffered through a financial recession soon after EuroDisney opened. Combined with the dislike of the park, the financials were never going to work here.

No matter what anyone thinks of Disneyland Paris, it was an economical lodestone on Disney from the beginning. The business suffered debt claims of $3 billion within two years of opening. And the company really couldn’t do anything about the continued financial struggles until Disney finally purchased the park outright in 2017.