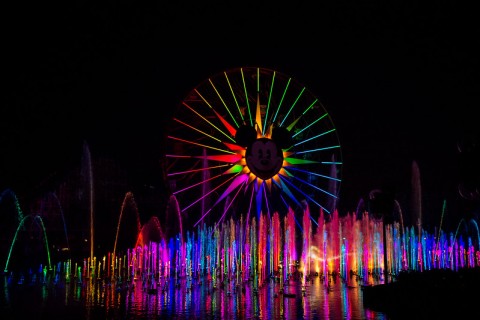 When Disney puts time, money, brain power, and focus into something, they can do absolutely anything they want. We’ve seen it all, from crazy attraction technologies like Rise of the Resistance to revitalized guest areas like New Fantasyland.

It takes a lot to build something great from the ground up. But, it takes a completely different level of thought and ambition to use the bones of a ride or area that already exists and turn it into something even better.

No one is as good at this as Disney. No one. They are able to take any area of the park and transform it into something truly special, if they put in the right level of time and attention. Here are just a few examples of spots Disney has reimagined, thereby completely changing them for the better.

On February 8, 2001, residents in Southern California were greeting to the biggest change in Disneyland history. Gone was the massive old parking lot bordering the main park, and in its place stood a brand new theme park: Disney’s California Adventure.

The excitement was short-lived, however, as guests complained about both the cheap off-the-shelf attractions and the kitschy California theme. After all, most visitors to Disneyland are locals to the area — why would they care to visit caricatures of local landmarks?

So, after several years of critical failure, Disney hit the reset button. In 2007, the company put over a billion dollars into the park to reconcept it into something that guests actually might like: a celebration of California as Walt Disney knew it. The result was a more classed-up rendition of California culture, with a centerpiece nighttime spectacular that rivaled anything on offer at any other Disney Park on the planet: World of Color.

Major new attractions debuted too, in the form of Cars Land — with its headliner, Radiator Springs Racers, earning broad acclaim. The result was a smash success, and Disney learned just how much time and money it takes to turn something bloated and bad into something great. It was a total revitalization, and one of the biggest in the company’s history.

Early on in Walt Disney World’s history, the company’s management realized that they needed to give guests more to do on-property so that they could encourage them to stay longer and spend more. In 1975, one of the earliest signs of that strategy opened to the world: the Lake Buena Vista Shopping Village.

It would go through many names over the next few years, first welcoming a nightlife district called Pleasure Island and then earning an entire rebrand in 1997 that coincided with a new section being built. The so-called Downtown Disney was, at its heart, a glorified shopping mall. But, to guests, it would need to be perceived as something more if it was really going to work as a project.

My the late 2000s, it became clear that the Downtown Disney project was growing stale. Large vendors were vacating their leases, the Pleasure Island nightclub section was essentially abandoned, and guests went less and less often to the district. So, Disney pumped some money into the area and gave it a new purpose.

Thus, we got Disney Springs.

The result was a sprawling, several-years-long makeover that changed the area’s theme from a quasi-urban center city to a rustic small town. Hundreds of shops and restaurants were added, with Disney taking great care to ensure each offering felt both luxurious and unique. Old, vacant spaces were torn down and replaced with more thoughtful new ones. Nightclubs and schtick made way for themed bars and live performances. New parking garages eased guest’s arrival and departure from the area, and an expanded highway out front alleviated terrible traffic concerns.

The company, ultimately, was hugely successful in taking something guests had rejected and turned it into a destination that guests look forward to visiting. The area, which once felt dull after a couple hours, now feels fresh even after a whole day.