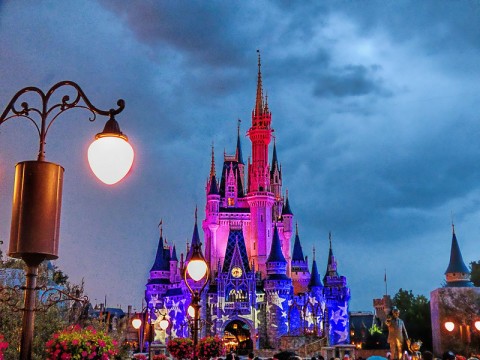 It’s still an open question as to who will be the next CEO of The Walt Disney Company. Bob Iger took over the position amid festering division and uncertainty, and he managed to quickly quell investors’ fears with bit acquisitions and peace offerings. His biggest moves — buying Pixar, Marvel, and Lucasfilm — have cemented him as one of Disney’s most important figures, with a legacy that will extend far beyond his tenure.

But Iger has never truly been a visionary when it came to the theme parks. If you’re a Disney shareholder, that’s totally fine — the previous CEO began as a visionary steward of the theme parks, but took several risky steps that imperiled the company as a whole. After that, a boring-but-successful manager is probably what you were hoping for.

For the rest of us, however, it’s been something of a disappointment. The Disney Parks are as good as they’ve ever been, yes, but after the highs of the Michael Eisner era, it’s hard not to wish they ere even greater.

So, whoever gets the job will enter the role in much more stable condition than Iger did — and as such, the theme parks will be a much greater priority. Here are five questions they’ll be faced with on day one, and the answers they give could change the face of the theme parks forever.

What is the role of technology in the parks?

Everything is a franchise now. If something is popular now, give it a “cinematic universe.” If something used to be popular, give it a “soft reboot.” The space for new intellectual property has never been smaller, and the risk tolerance of movie and television studios has likewise never been less.

Disney spent well over a billion dollars implementing its MyMagic+ technology into the Walt Disney World resort. Over the course of two years, guests at the resort transitioned from paper tickets and Fastpasses to a fully-digitized world, complete with MagicBands and apps.

The results have been ... mixed. On the one hand, there’s no denying how convenient the system can be when you understand it and when it works. On the other hand, it creates a fairly high barrier of entry for guests who aren’t fully versed in the Disney Parks jargon. For the company, the proof is in the pudding: Walt Disney World remains the only Disney Parks resort that uses the full MyMagic+ suite of tech.

But MyMagic+ is just one example of a place where Disney tried to incorporate modern consumer tech into the theme park experience. Others include queue games, designed to distract guests as they wait in line. Games like this were installed in attractions such as Space Mountain, only to be removed later on as smartphones became more and more ubiquitous. Now, Disney has an app that serves much the same purpose, but there’s no telling how long until that trend changes yet again.

Disney has always been a fairly analog experience. At the end of the day, you’re still traveling hundreds if not thousands of miles to a place so you can immerse yourself in it. At the same time, technology is becoming an even more native part of the human experience. How will the parks continue to create space for guests to use personal consumer technology in ways they are familiar, but with the same commitment to immersion and storytelling as they’ve had in the past? Will it be more expensive fiascoes like MyMagic+? Or a more holistic strategy that merges the two worlds more seamlessly?

Will the goal be to compete with the technologies that consume the guests in their daily lives? Or will the goal be to disappear into it? Neither answer is inherently right, but either will set the course for the parks in a direction from which it will be difficult to return.

What happens when you run out of IP?

Now, it’s perfectly reasonable to look at the current success of Marvel and Star Wars and Frozen and conclude that Disney’s success is inevitable. This is a century-old entertainment company that now owns everything people like and has a better understanding of why people like it than anyone on earth.

But, everything is cyclical. There was a time when people thought Walt Disney Animation could never put out a failure, then Home on the Range happened. There was a time when Star Wars was the surest thing in Hollywood — then Solo happened. What goes up must come down, and there will come a time — whether it’s next year or in 10 years — that audiences grow tired of the same familiar IPs. What is the plan then?

And, more specifically, what is the plan for the theme parks then? If the next phase of the Marvel Cinematic Universe is a clunker, will Disney still force it into the theme parks? Will the theme parks simply not make any changes? Will the imagineers create new IP? It’s important the next CEO has a plan, because nothing lasts forever.