Most Embarrassing Disney Snafus of the 2010s 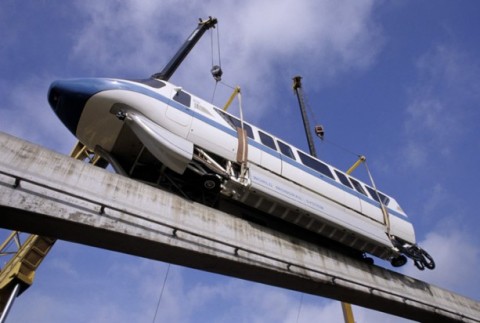 The 2010s are over, and it’s time to look back at the highs and lows from the theme park industry. We should clearly start at the most famous of all parks.

Let’s start with the negatives so that we can get those out of the way first. The only rule here is that I won’t cover anything sad where someone dies because I don’t want to bum you out. Here are the most embarrassing Walt Disney World snafus of the 2010s.

Disney’s bus fleet actually rivals the largest ones in the Southeast. In fact, only Miami and Jacksonville operate more buses in the state of Florida.

With such a large fleet crisscrossing the Walt Disney World campus each day, accidents will happen. Most of them are fender benders that barely qualify for a police report. Unfortunately, the law of averages suggests that something serious will occasionally occur.

Two Disney bus drivers were the unlucky ones during the 2010s. Back at the start of the decade, a cast member steered his vehicle around Epcot Center Drive. Right before the parking lot entrance, the driver realized too late that a Mears charter bus had completely stopped in the road.

A collision injured seven Disney passengers plus the bus driver. Oddly, no one was inside the Mears bus at the time of the accident. The employee had stepped outside the vehicle for some reason.

Even stranger, history repeated itself in 2018. Near the same location on Epcot Center Drive, a Disney bus rear-ended another Disney bus, which does raise some questions about the traffic patterns here. While no one suffered serious injuries, 14 out of 51 passengers required hospital treatment.

One of the open secrets at Walt Disney World involves the monorails. They’re the oldest operating tram fleet in industry history. Even with talented mechanics and maintenance teams working on them repeatedly, the monorails sometimes suffer embarrassing accidents. They’re like a 30-year-old car in this regard.

I could choose any of a laundry list of monorail incidents from the past 10 years to make this point. Some of them are funny, while others are genuinely terrifying. Thankfully, none of them caused serious injuries, though.

The most dangerous situation involved debris. In 2017, a piece of Monorail Blue broke off the vehicle while it was in motion. This large metal part fell down to the parking lot beneath it, narrowly missing a park guest standing 10 feet away from the drop zone. It…would have done some damage.

Somehow, that’s not the scariest incident, though. Six months later in early 2018, monorail riders experienced something absolutely surreal. During the middle of a trip, the monorail door popped open! Guests didn’t know what else to do, so they popped out their phones and recording the video for posterity’s sake.

Later, guests at Disney’s Grand Floridian Resort & Spa received quite the surprise. They noticed something unusual at the monorail station directly above them. A monorail door was hanging off the side, dangling over them like the Sword of Damocles.

I hate to criticize Disney, but the company really needs to get its act together in prioritizing a new monorail fleet.

While we’re on the subject of Disney transportation blunders, the Disney Skyliner didn’t wait long to get its name included. The brand spankin’ new gondola transportation system took less than a week to suffer a serious incident.

During its first days in operation, guests complained about the velocity with which gondolas entered stations. Soon afterward, those fears seemed well-founded when one tram collided into another one at the station. Disney blamed the issue on a power failure, which seems like a strange explanation.

Thankfully, nobody suffered an injury during this situation. However, it was more serious than it sounds. Since the Skyliner lines soar high above the ground, guests found themselves trapped during the delay. The accident occurred near closing on a Saturday evening, which meant that Disney didn’t have its best personnel available to resolve the matter quickly.

So, the Skyliner stranded guests several stories above the ground while cast members failed to answer the emergency phones. In a cruel twist, the automated messaging system played the entire time, driving guests insane with its blathering. There were a few truly panicked phone calls on 911 that night, some of which you can hear on YouTube.

Hey David, that was a very thoroughly researched and entertaining read. I had not heard about several of these incidents (gun on Dinosaur, Mine Train fire) and it really made me think about the challenges that Disney faces to make their parks safe and efficient. I think you had a date wrong in the Dinosaur one, I think you meant 2013, not 2019. Thanks for a great read on this Saturday morning!