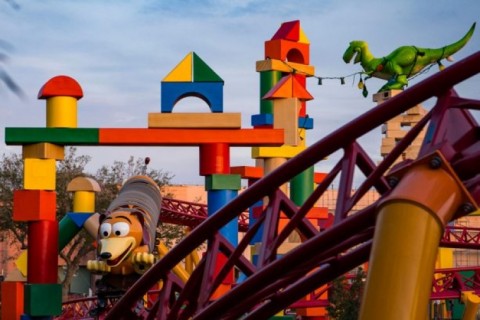 As a Disney evangelist, I frequently get friends hooked on theme park vacations. I’m like the pusher who sells happiness like a drug. And a Walt Disney World vacation costs about as much as illicit drugs, so the metaphor holds!

One of the questions that I get asked the most is what kind of ticket a vacationer should buy. Potential park visitors hear about the benefits of annual passes and wonder whether they’re worthwhile. Sometimes, standard admission is fine, though. Which is better? Let’s have a Disney debate about the pros and cons of each kind of ticket.

You need a ticket to enter a Disney theme park. Whether you’re heading to Disneyland or Walt Disney World, you can’t get in without one. In the earliest days at the Happiest Place on Earth, standard admission didn’t entitle guests to ride everything, which is how the E-ticket came to be. Thankfully, for decades now, a regular ticket allows a person to ride anything at the park that day.

The simplest reason to buy a standard admission ticket is that they’re cheaper. A day at a Disney theme park starts around $100 and can cost more, depending on when you visit and whether you add an upgrade.

In terms of value, Disney tickets are hard to beat in the entire industry. The parks are the gold standard, and the prices have remained relatively steady over time. Yes, Disney increases rates annually, and yes, these costs have escalated percentage-wise in recent years.

Still, a park like Magic Kingdom operates roughly 40 attractions. That’s about $2.50 each for a ticket, although only the most diehard fans could experience most of them during a single trip.

Another pro is flexibility, as Disney sells several kinds of admission tickets. You can decide which option fits your lifestyle and budget the best. Standard admission tickets work on a sliding scale.

The first 2-3 days cost quite a bit, but the daily price flattens over time. It’s an intentional strategy by Disney to price you into vacationing longer. Six days at a total cost of ~$425 seems like a much better value for tickets than three days at $300, right? And it is.

However, you’ll spend a lot more money on food and beverages and merchandise, thereby counteracting your savings. Cheaper tickets are a kind of loss leader for Disney.