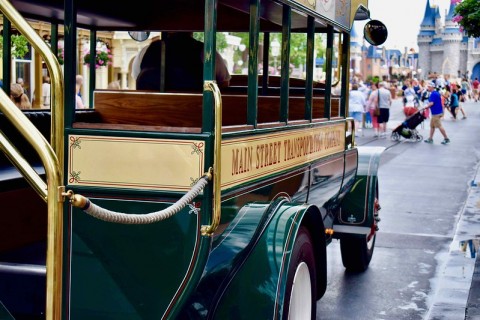 Some people wait their entire lives to visit Walt Disney World just one time — cramming as much into a week or a few days as possible. Others go every year, forming family traditions along the way.

Some even get to go a few times a year, or live nearby and can go whenever they want. But even those fortunate few haven’t seen and done everything at Walt Disney World. It’s not even possible to do.

Here’s just a taste of things you might not have done yet, even if you go all the time.

Millions of visitors will head to Walt Disney World this year, and only a fraction of those visitors will stop by Disney’s Fort Wilderness Resort and Campground — an absolutely beautiful and picturesque plot of land near the Magic Kingdom. Those that do stop by might enjoy the Hoop-De-Doo Revue or a fun dinner at Trail’s End and then grab a boat back to the Magic Kingdom.

A select few, however, will pay a visit to the front of Disney’s Fort Wilderness — and check out the Tri-Circle-D Ranch.

Disneyland itself had a ranch inside, owing to Walt Disney’s obsession with the American heartland. When the company moved east, it knew it needed to bring that feature to the planned campground on property. Thus, the Tri-Circle-D Ranch was born, offering horse and pony rides to guests in a setting that is so rustic, it’s almost hard to believe it’s at Walt Disney World.

But it is, and it’s worth a visit if you’ve never been.

SCUBA dive at The Seas with Nemo and Friends

When The Seas with Nemo and Friends first opened, it came with a much more present theme — Seabase Alpha. In the world of the attraction, guests would sit through a brief pre-show and then board “hydrolators” that would transport them down to the ocean floor below. There, they would board “sea taxis” that would take them along the ocean floor and to Seabase Alpha’s main exhibition area.

Obviously, this was all a show: Seabase Alpha was merely a well-themed acquarium, but the effect was astonishing to witness. Themed air locks and massive picture windows truly gave the space a sense of place — one which it still has in some sense, but is downplayed by the Finding Nemo theme.

The most exciting feature of the pavilion, however, was always the ability to SCUBA dive in the tank itself. Throughout the pavilion’s history, this has been possible — for a fee, of course — so long as you were a certified diver. You still see guests in the tanks with instructors and crew, swimming with the sea life that has made The Seas so popular.

If you want to do it, hey — there’s always time to get dive certified before your next trip!

That’s right: There is a karaoke bar on Walt Disney World property! Located at the Walt Disney World Swan, this sushi bar has become rather infamous as a conventioneer’s after-work hangout — but that only livens up a space that truly bears festive atmosphere.

The sushi is excellent, but the karaoke is definitely the main attraction.

Unlike many bars that offer karaoke nights, Kimonos performance spots are nightly — meaning you don’t have to worry about missing out on your moment in the spotlight even if your trip is rather short.

However, its location in the Swan — a generally overlooked restaurant — tends to make it a somewhat hidden gem of Walt Disney World restaurants. With places like Beaches and Cream, The Yachtsman, the Cape May Cafe, the Crew’s Cup Lounge, the Ale and Compass Lounge, Il Mulino, Bluezoo, and tons of other restaurants in the same general area, usually Kimonos doesn’t get a shout. But if you’re looking for karaoke, it’s the spot for you.