Behind the Ride: The Seas with Nemo & Friends 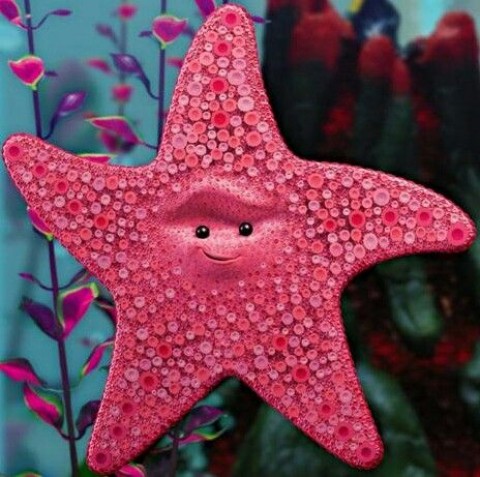 In the earliest days of Epcot, The Living Seas embodied all that elevated Imagineers above ordinary theme park designers. While it wasn’t quite what initial blueprints had suggested, this pavilion garnered lavish praise when it opened. But it became a standard aquarium over time, losing traffic gradually throughout the years.

Left with no other option, Epcot officials revived The Living Seas via theming. Disney introduced a beloved character as the host of the pavilion, and the results undeniably justified the decision. Let’s go behind the ride to learn how Imagineers reinvented The Seas with Nemo & Friends.

The experience: Two Pixar attractions in one building

The trick:  Re-theming an infotainment attraction into a character-driven one

The history of The Living Seas pavilion plays a role in the arrival of The Seas with Nemo & Friends. You may not know this, but it wasn’t the first Finding Nemo-based attraction at this site. Turtle Talk with Crush replaced the Earth Systems exhibit at the old site.

To Epcot loyalists, this move seemed blasphemous. Disney discarded an educational attraction for an improv comedy show starring that surfing turtle from Finding Nemo. It’s like turning on PBS for Amanpour and Company, only to discover that Sesame Street is playing.

Here’s the thing, though. People adore Sesame Street, just like they love Finding Nemo. Until 2010, that movie earned the most box office in Pixar history. Of course, an interactive live performance with a character from the film would prove popular.

Park officials doubled down on the strategy. While they’d planned the attraction anyway, the success of Turtle Talk with Crush caused Disney to prioritize the construction of a new ride at the pavilion. The Seas with Nemo and Friends, the attraction, now anchors the pavilion of the same name. It’s a bit confusing, but Disney wanted kids to associate the building with Pixar.

The only exterior re-theming required was a paint job and some annoying birds. The “Mine! Mine! Mine!” seagulls stand guard outside the ride entrance, luring in guests who don’t mind hearing the same word repeated 10,000 times. To be fair, It’s a Small World has trained Disney guests to tolerate such nuisances.

The trick: Repurposing ride carts to make them adorable

Imagineers faced a weird problem in remaking The Living Seas. The pavilion’s existing equipment needed to stay. The reasons were both financial and structural.

Understandably, cast members didn’t want root around with one of the largest aquariums in the world. The marine sections of the pavilion require 5,700,000 gallons of water to operate. It could get messy and pricey to mess around with any of that stuff.

To build a new ride in this building, Disney needed ride carts, which it already had. The former Seacabs sat unused, and they would have no future purpose with the relaunch. In truth, they’d struggled with leaks for years and needed to go anyway.

So, Imagineers made due with what they had. They repurposed the flawed Seacabs into Clamobiles. Both utilize Omnimover technology to transport guests on a time-controlled journey through the dark ride's set pieces. The differences in the vehicles are primarily cosmetic.

The formerly bland rectangular two-seaters have added surrounding shells. The texture now mimics the appearance of a clam, with beige colors and ridges throughout the shell. The taller ride cart also features back support that was lacking on the Seacabs.

To address the leaking issue, the updated ride has altered the path with 280 feet of new track. It no longer carries guests through the middle of the aquarium, which formerly provided underwater views on both sides. Instead, it’s side-facing toward the attraction, controlling the line of sight while hiding almost all of the marine views.

You only get to gaze into the aquarium at one point on the ride now. It’s a necessary change that mortifies some. The educational aspects of this aquarium are virtually invisible during the pavilion’s anchor attraction. But it does have Nemo and Dory!

These articles are literally my favorite part of this website. Thank you!!