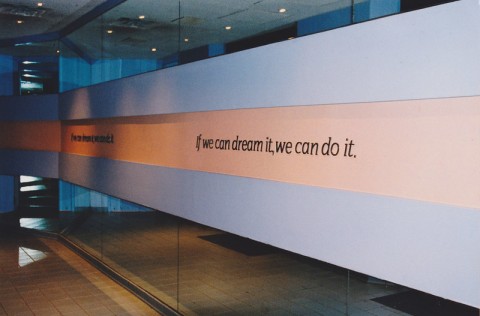 Disney gave its fans what they’ve long craved in 2019, when they debuted the Disney+ streaming service — a fully-featured Disnified version of Netflix with nearly every Disney movie, animated short, and TV series owned by the Mouse. While The Mandalorian has gotten most of the attention from the Disney+ launch, the company included a whole slate of original content for debut on its new platform.

Baby Yoda notwithstanding, the best of these new features was not the epic Star Wars western series, nor was it the strangely-meta High School Musical: The Musical: The Series. It was The Imagineering Story.

A docu-series about Walt Disney Imagineering’s birth, rise, and present day life, the program has been a massive hit among theme park fans — even if the Iger era has been covered in a bit of a sanitized manner.

No, matter though — it’s so well-made, it certainly got me thinking: Why stop there? Disney fans are notoriously passionate, and people like you and I would absolutely gobble up more of these peeks-behind-the-curtain of the Walt Disney Parks.

Here are just a few documentary series Disney should produce and launch on Disney+.

There are tons of awesome stories behind the attractions we know and love, as The Imagineering Story has shown us. How great was it to hear about Mary Blair’s influence on it’s a small world, or Kevin Rafferty’s cosmic connection between the clouds and Cars Land?

One series fans would love could track the unbuilt projects that Disney put together — with each episode looking at one or two attractions, such as the Mount Fuji attraction in the Japan Pavilion at Epcot or the Beastly Kingdom expansion in Disney's Animal Kingdom. The series would feature concept art, interviews with the designers and management, a look at what worked, what didn’t, and why the project ultimately didn’t come to fruition.

Yes, Disney might be reluctant to do this considering they’re a company that famously recycles old ideas into something new. But, The Imagineering Story’s look at Disney’s America and the Western River Expedition shows at least some appetite to put out official versions of these known stories.

On the other end of the spectrum, there are some rides that did come to fruition ... only to eventually be taken out for reasons both fair and absurd. One docu-series could look at these attractions, following them from design and construction to operation and reception to decline and removal.

This series would, hopefully, be centered around official, high-quality archival recordings of departed Disney attractions — as well as interviews with their creators and the imagineers tasked with replacing them.

Episodes could focus on beloved attractions like Horizons, Mr. Toad’s Wild Ride, Journey into Imagination, and Maelstrom — as well as some lesser-loved rides, like Rocket Rods, Stitch’s Great Escape, and Journey into YOUR Imagination. Disney fans already create many of these well-researched tributes on their own online, and Disney would be smart to make a company-approved version with higher-quality assets that they can monetize.

Travel the World with Joe Rohde

People love travel shows — heck, there’s an entire channel built around the concept! YouTube is, largely, buttressed by a whole ecosystem of self-made travel vloggers capturing their trips to every inch of the planet’s surface.

One traveler in particular does keep track of their journeys on social media, but only in a very limited way. He also happens to have one of the coolest jobs in the world. That man is famous Imagineer Joe Rohde.

If you follow him on Instagram, you’ll see that Rohde travels nearly constantly — but, unlike your rich coworker, he doesn’t just head to resort towns and “up-and-coming” U.S. cities. Rohde likes to get out there, to every continent and country he can.

Those trips, in fact, served as key inspiration and research assignments for the project that would ultimately become Disney’s Animal Kingdom. Rohde’s travels are so well-known, there’s a whole section of The Imagineering Story about them — as well as an entire bar at Disney’s Animal Kingdom dedicated to honoring them, Nomad Lounge.

So, why hasn’t Rohde been given his own travel show? Wouldn’t you want to follow along as he visits countries all around the world, notable museums and architecture, and influential people? Wouldn’t you like to see the continents of Asia and Africa through the eyes of Animal Kingdom’s visionary?

This show is such a slam dunk, it’s amazing Disney hasn’t made it yet. For now, we can just enjoy his Instagram.