The Most Iconic Attractions at Every Disney Park 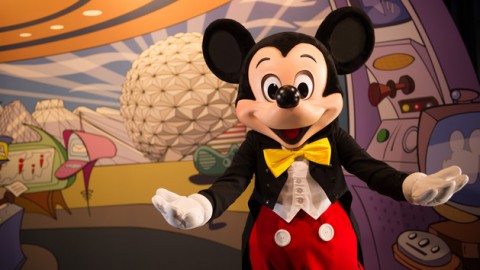 Last year, I wrote about my choices for the Mount Rushmore of Disney attractions, which is part of a thought experiment that reduces a wide-ranging topic to a limit of four selections.

I’m going to modify the exercise this time to make it a bit more open-ended. Rather than focus on all of Disney, I’m going to limit the potential attractions to rides only available at Walt Disney World.

Also, I’ll have a requirement of one selection per park and a caveat that I can’t pick anything from the previous list. Keeping the rules in my mind, here’s my Mount Rushmore at Walt Disney World.

Since I've already taken Pirates of the Caribbean, Space Mountain, Haunted Mansion, and Spaceship Earth off the list, the shortlist is reasonably easy to make. I'm only worried about the best and most essential rides this time, not the ones that claim the most name recognition.

At Animal Kingdom, three attractions merit strong consideration. They are Avatar Flight of Passage, Expedition Everest, and Kilimanjaro Safaris. Here’s my thinking on each one.

Before the introduction of Star Wars: Rise of the Resistance, Avatar Flight of Passage was generally regarded as the most groundbreaking, brilliant attraction at Walt Disney World. Unfortunately, it’s still new, so I struggle to quantify its quality in the face of recency bias.

Expedition Everest embodies everything that Disney means to me. It’s a thrill ride that proves Disney rides can kick ass, but the story and Imagineering tricks are equally impressive. It’s a fully formed, complete attraction that legitimately comes with no negatives.

Then, there’s Kilimanjaro Safaris, the attraction that underscores Disney’s triumph with Animal Kingdom. Each trip through the savannah comes with new mystery and intrigue, as animals are mercurial by nature. The rider never knows when they’ll come out to play or nap in their natural habitat.

While I adore all three rides, I think that Avatar Flight of Passage falls back a bit in the importance category. I actually think that Expedition Everest has a better argument here, but I’m going with Kilimanjaro Safaris. Thematically, it provides the backbone for the entirety of Animal Kingdom.