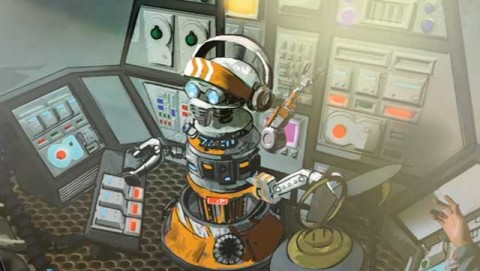 As long-time Disney and Universal fans know all too well, even the most beloved rides don't last forever. In fact, Imagineering afficianados may have already scoured our collection of Lost Legends – the definitive, full stories of forgotten fan favorites and closed classics from around the globe.

Those stories are evidence that, time and time again, sometimes attractions simply disappear. ... Or do they? Over their decades of experience removing rides that guests have come to know and love, designers have gotten pretty good at leaving behind hints. Today, we'll take a look at some of our favorite hidden "Easter egg" hints of forgotten rides scattered around Disney and Universal Parks inside the rides that replaced them... These clever remnants are like mini-memorials to the beloved rides of yesteryear... if you know where to look.

Given the blockbuster focus of modern Imagineering projects today, it might be unbelievable that one of Walt Disney World’s headlining attractions for decades was based on one of Jules Verne’s Voyages Extraordinaires adventure novels (and its 1954 film adaptation). Yet that Lost Legend: 20,000 Leagues Under the Sea, is still remembered today as one of Magic Kingdom’s most classic attractions. The ride cleverly recast Disneyland’s Tomorrowland-set Submarine Voyage as a fantasy journey aboard Captain Nemo’s iconic Nautilus, culminating in a climactic encounter with a menacing giant squid.

The two submarine rides, however, were infamously expensive to operate relative to their low capacity, and both took up massive plots of land in their respective parks. That lead to both closing in the late ‘90s (victims of Disney’s infamous cost-cutting era). Though Disneyland’s was eventually revived (by way of Finding Nemo), Florida’s was eventually filled in and covered in favor of a Winnie the Pooh playground (to complement to nearby dark ride).

It took some time, but in 2012 the former 20,000 Leagues parcel was finally reappropriated into something equally grand: Magic Kingdom’s Wizarding-World-flavored New Fantasyland. There, a "neighborhood" dedicated to The Little Mermaid replaced much of the former lagoon, and observant visitors will notice that the weathervane atop the cartographer's shop in Prince Eric's seaside village is... yep... a giant squid.

It’s appropriate that 20,000 Leagues Under the Sea was replaced by Under the Sea ~ Journey of the Little Mermaid, an equally-aquatic dark ride through Ariel’s story. The elaborate queue carries guests behind churning, crystal-clear waterfalls and into wave-carved caverns scattered with the wreckage of ships that have smashed against the rocks.

There, among the ruins of sailing ships, one rock formation is shaped with an unexpected silhouette – the iconic profile of the Nautilus designed by Disney Legend Harper Goff! It's an appropriately seaside memorial to the sunken ship (which really was sunk... just off the coast of Disney Cruise Line's Castaway Cay).

2. A duel of magical creatures

When Universal’s Islands of Adventure opened in 1999, the dazzling new park was meant to show that Universal could meet (and even exceed) Disney’s standards, crafting new, immersive, cinematic worlds beyond the beige soundstages of a “studio.” The park’s claim to fame was being “The World’s Most Technologically Advanced Theme Park,” a title earned in part thanks to a handful of cutting edge attractions with a high tech twist. One was Dueling Dragons, made up of two separate but interlocked inverted roller coasters that, when weighed and paced precisely, would appear to “duel” in a perfectly choreographed dance of near-miss moments.

In 2010, the Merlinwood neighborhood of the park’s Lost Continent was overtaken by the Wizarding World of Harry Potter. Dueling Dragons was absorbed into the Potter mythos, renamed Dragon Challenge, and lightly re-themed to align with the Goblet of Fire's Triwizard Tournament. Admittedly, the looping, bare, steel roller coasters didn’t make much sense looming over the otherwise brick-for-brick recreation of Hogsmeade, but how could Universal justify getting rid of a headlining coaster that must’ve cost $40 million or more?

During the summer of 2011, two serious accidents related to loose items and the ride’s “dueling” nature caused Universal to officially end the coasters’ battle for good, leaving the dragons to "chase" each other instead. Removing the ride’s signature gimmick didn’t help its popularity, and in 2017, the Dragons’ finally fell.

Much more appropriate for the Wizarding World, Hagrid’s Magical Creatures Motorbike Adventure opened on the enormous plot of land in 2019, inviting guests along for a Care of Magical Creatures class gone awry. The elaborate queue through an old abbey on the edge of the Forbidden Forest includes Hagrid’s secret dragon-hatching nursery… and a mural of a fire and ice dragon at war as an ad for Hogwarts' Dueling Club.

When the Lost Legend: Maelstrom opened in 1988, it was billed as EPCOT Center’s first thrill ride. A “high seas adventure” through the legends, history, and industry of Norway, the travelogue attraction was an oddity thanks to the sponsoring country’s request that the ride contain “‘Vikings, a fishing village, polar bears, a fjord, an oil rig, and maybe a troll or two.” Despite the somewhat cheesy results, Maelstrom became a cult classic beloved by fans for its unrestrained weirdness – a rare remnant of “classic” EPCOT Center style.

In 2014, the ride was Frozen over thanks to Disney’s unstoppable franchise. A first major crack in the dam that had kept characters out of World Showcase, fans rallied against the controversial cartoon takeover, especially since technically, Frozen is set in the kingdom of Arendelle, which is certainly based on Scandanavian style, stories, and traditions, but not exactly realistic enough for the grounded “World Showcase.”

Though fans protested, the truth is that the resulting ride is, in its own right, a Modern Marvel: Frozen Ever After. Re-using Maelstrom’s ride system and layout, it manages to even include a fishing village, a fjord, and trolls! However, the ride’s finale now drops guests into the frigid bay of Arendelle rather than an oil rig. And it’s there that guests will find an Easter egg recalling Maelstrom: a group of North Atlantic puffins watching the kingdom’s fireworks from across the river, each reclaimed from the old attraction’s snowy fjord.

4. Handing over the deed

For a generation of Disney Parks fans, the Lost Legend: Mr. Toad’s Wild Ride is one of the defining dark rides of Fantasyland. And why not? Disneyland’s version is a rare opening day original, running since 1955 (with a facelift halfway through)! When the ride debuted alongside Magic Kingdom in 1971, it was even doubled in size with two separate tracks through the zany trip through the English countryside. It seems like Mr. Toad was a timeless ride that would last forever. But in the late ‘90s, a push for plush changed everything.

Eager to infuse merchandise-friendly characters throughout the parks, executives tasked Imagineers with developing attractions for the lucrative Winnie the Pooh, who (alongside his friends Piglet and Tigger) had returned to pop culture prevalence. Mr. Toad’s double-sized foundation in Florida’s Fantasyland offered enough room for a dark ride and an accompanying gift shop. The Many Adventures of Winnie the Pooh opened in 1999.

Eagle-eyed guests will still spot a cameo of Mr. Toad, though. He can be seen in the ride’s second scene – Owl’s House – in a framed portrait on the wall, handing over the property deed to Owl. A second reference to the ride can be found in the Haunted Mansion’s pet cemetery, where a rusted statue of Mr. Toad doubles as a tombstone for both a beloved pet toad… and a beloved dark ride.

Mr. Toad wasn’t the only Disney classic to close in favor of Pooh… Read on…

What a delightful article. I considered myself pretty high up in Disney trivia but many of these were news to me! Fascinating article and nice to know that Imagineers are paying homage to their past accomplishments, blowing kisses to the rides and areas of the past.