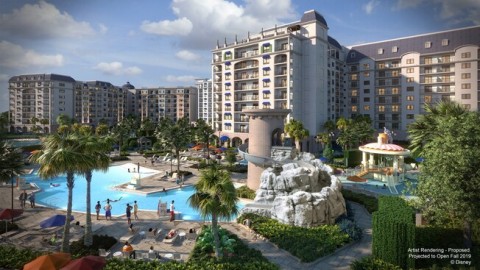 Walt Disney World isn’t merely a family vacation location! I realize that this statement won’t shock most of you, yet the perception persists in the mainstream media. People associate Disney with parents and their children, ignoring the fact that a trip to Orlando can be a marvelous couples getaway destination. And when you’re on the Disney campus, you should stay at an official hotel, one with a sentimental streak. Here are the seven most romantic resorts at Walt Disney World.

Please shut your eyes for a moment and imagine the perfect romantic vacation. It involves swimming and sunbathing, presumably at a beach, right? Somehow, Disney delivers something similar at a place right by Epcot’s World Showcase.

At Disney’s Beach Club Resort, you’re only a five-minute walk away from the rear entrance to Epcot. Or you could hop on the Disney Skyliner and ride over to Disney’s Hollywood Studios. Then again, you might want to skip the parks for a day or two of your trip. It’s in this area that the hotel shines.

You’re staying at a hotel with unquestionably the best pool at Walt Disney World. Imagineers built Stormalong Bay as a fake beach of sorts. It even comes with sand-bottom floors in the pool, providing a distinctly beachy feel.

Combined with a fully stocked pool bar, Hurricane Hanna’s Waterside Bar and Grill, you’ll have no reason to leave Stormalong Bay. You and your date can hole up here for as long as you like.

The Cabins at Fort Wilderness

When you visit Walt Disney World, you’ll struggle to find intimacy at the parks. However, some of the hotels come with unexpectedly private room options. The Cabins at this hotel prove this point due to their unique design.

Each of the cabins is its own dwelling. You won't have any neighbors banging on your hotel walls, nor will you hear the sounds of nearby guests enjoying *ahem* their own romantic vacations. Loud noises at hotel rooms are sadly unavoidable in most places.

At Fort Wilderness, you can escape this hubbub. Your rustic hotel room provides an odd juxtaposition of isolation at one of the most crowded tourist destinations on the planet. While you’re inside your cabin, you’ll forget that the outside world exists. But you’re somehow just a short boat ride away from Magic Kingdom!

You are spot on with the Beach Club and Cabins at Fort Wilderness. They were two of our favorites. I would have swapped out Contemporary for the Wilderness Lodge. The lodge is probably the most charming resort on property.