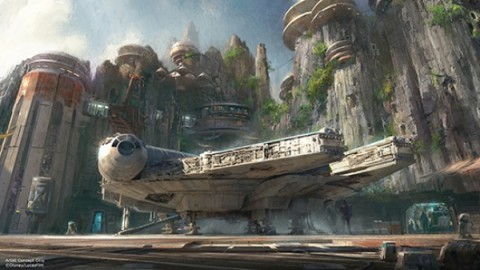 While Disney officially ended the E-ticket attraction many years ago, the concept persists to this day. In fact, Disney executives sometimes utilize this term to sell the idea that an upcoming attraction will dazzle guests. The title has become a marketing ploy of sorts, a way to differentiate the company’s best rides over the ones with low expectations.

Over the past few decades, park officials have introduced nine attractions that merit the description of E-ticket attraction. Most of them reside at Disney California Adventure, but Disneyland Park has built a handful of worthy rides, too. Here's how I would rank the nine E-ticket attractions Disney has produced since the company officially retired the term.

Six out of the nine E-ticket attractions that Disney has built over the last 30 years reside at Disney California Adventure. Most of them are newer, but two trace their origins back to the park’s opening day in 2001. I’m somewhat ambivalent about one of them, the river rapids ride.

Grizzly River Run is undeniably a thrilling, soaking experience. It mirrors Kali River Rapids at Disney’s Animal Kingdom, albeit with slightly improved functionality. It’s the superior version of the water ride, although the theming is better at the Orlando version. Neither one of them really moves me, though. I view this list as eight sublime E-ticket attractions…and Grizzly River Run.

8. Guardians of the Galaxy -- Mission: BREAKOUT!

A few years ago, I discussed Disney’s decision to shutter the Twilight Zone Tower of Terror at Disney California Adventure. While I didn't state an opinion at the time, I've maintained that change is generally good at Disney theme parks. An outdated attraction should cede its position to an original concept. However, I don't believe that Tower of Terror showed any signs of growing stale.

I happen to like the Guardians of the Galaxy re-skin quite a bit. The ride experience feels like it thrusts the guest squarely into the middle of a Guardians of the Galaxy movie. Imagineers also did a marvelous job of marrying a soundtrack to elevator shaft bouncing. The music reinforces the sensation that you're having a rocking-good time. Even so, I rank this one toward the bottom of the list because it's just not as good as Tower of Terror, in my opinion.