These 9 Lands Don't Just Recreate Worlds Seen on Screen, They EXPAND Them... 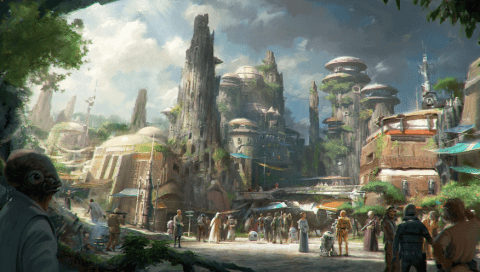 From Hogsmeade to Radiator Springs, it’s no surprise to fans of Imagineering that the era of “living the movies” is alive and well. Today, it can sometimes feel that no project can get the greenlight at Disney or Universal unless backed by a tried-and-true blockbuster intellectual property; that everything we see in parks today is directly drawn from the screen.

But pulling places from the screen isn’t always as straightforward as you think… Sometimes, attraction designers need to expand on the worlds we’ve seen in movies by taking a physical place and adding to it for logistical or narrative reasons; other times, they need instead to contract, distilling massive and incalculable worlds into smaller, concrete, “real” places guests can inhabit and connect with. Either way, some of the most spectacular theme parks lands on Earth today take the essence of source materials and expand them with “original worlds” born of the minds of designers! Here are some of our favorites... 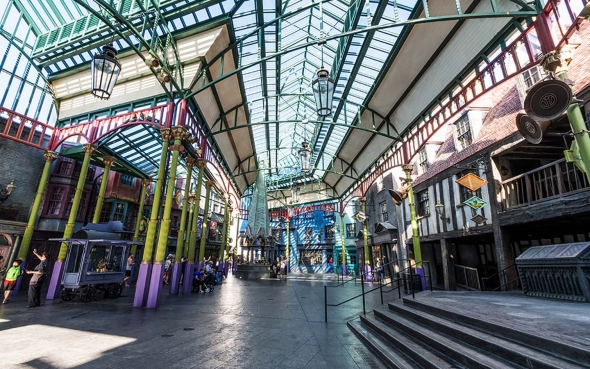 When the first half of the Wizarding World of Harry Potter opened at Universal’s Islands of Adventure in 2010, it jump-started a new era in theme park design. Hogsmeade was a surprisingly (and intentionally) direct and authentic recreation of the snow-capped Scottish village from the Harry Potter books and films, down to exclusively offering in-universe food and drink, selling only the “real” wares of the world (no LEGO sets or action figures in sight!), omitting character meet-and-greets, and purposefully keeping shops small and cramped rather than building them for theme park crowds.

The natural follow-up was 2014’s Diagon Alley at the neighboring Universal Studios Florida park. And while that fabled London shopping thoroughfare was created to cinematic specifications, it wasn’t alone. The simple (and relatively small and narrow) set-up of Diagon Alley wouldn’t leave much more for entertainment (or for guests sure to pack the land), so J.K. Rowling personally approved an “expansion” of the area not seen in the books or films. Carkitt Market is a glass-canopy-covered arcade-style shopping district connected to Gringotts via Horizont Alley. 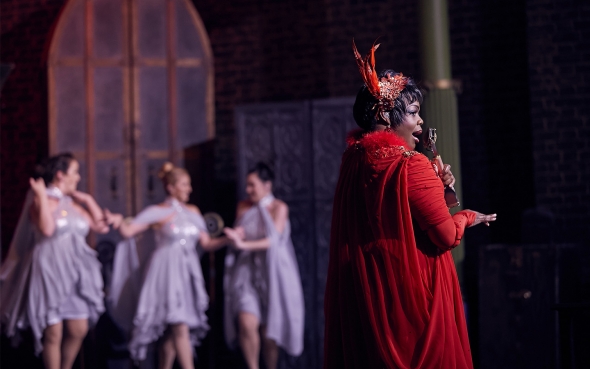 Carkitt Market not only serves to expand the land’s footprint to accommodate more guests; it also hosts the Gringotts Money Exchange, the Hopping Pot, and Celistina Warbeck’s legendary jazzy street performances, but also as a logistical necessity: a covered escape from Florida’s daily afternoon thunderstorms. Designers did such a great job creating a believable expansion of Diagon Alley that Carkitt Market is often “ret-conned” into Potter canon now! 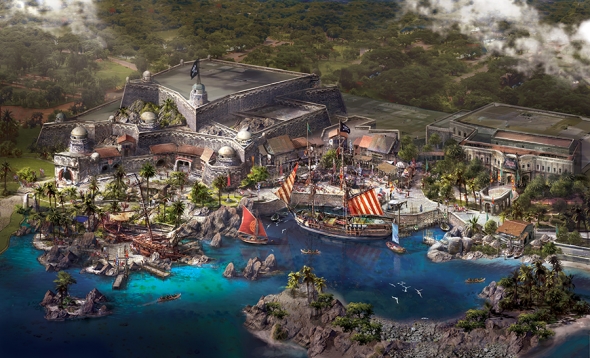 When Disney’s newest resort was announced for Shanghai, one of the stipulations allegedly put in place by the government of China (who’s part owner of the resort) was that Shanghai Disneyland feature only original headlining attractions, leaving classic E-Tickets out entirely. Luckily, that gave Disney the chance to revisit favorites for a new generation, like replacing Space Mountain with the Modern Marvel: TRON Lightcycle Power Run.

Given the chance to start fresh with a new version of Pirates of the Caribbean, it’s no surprise that Shanghai’s version has the high-earning film series as its basis. Pirates of the Caribbean: Battle for Sunken Treasure is arguably one of Imagineering’s most impressive attractions ever, with a scale and scope reserved for very few mega-E-Tickets. It’s also part of an entirely new Pirates film land not seen elsewhere, Treasure Cove. 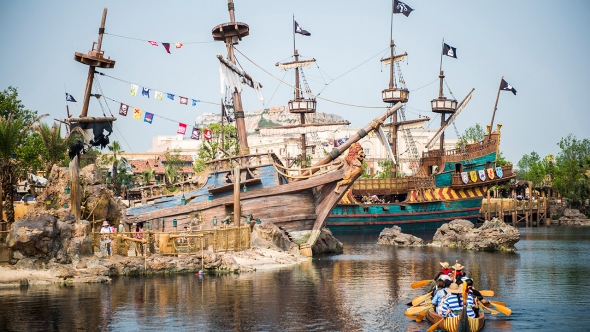 Treasure Cove looks and feels like a port city plucked from the Pirates films. Naturally, an elaborate backstory concocted by Imagineering explains the land’s central mansion (built by Spanish nobleman Don Diego Sevilla Portillo) in the 1690s before falling under British Royal Navy rule… until plundering pirates sacked the town, with Jack Sparrow decreeing it a haven for pirates. That makes it fit nicely into the expanded Pirates universe of new islands and ports seen in the films. Fittingly, the land also includes a pirate stunt show (in Sevilla Portillo's mansion), an impressive interactive aquatic playground, and the Siren’s Revenge ship, open to explore.

When it comes to theme parks “expanding” on the worlds established in film, one unforgettable example is the Green Planet seen aboard the E.T. Adventure. Steven Spielberg - director and producer of the 1982 film - appeared in the original preshow explaining that guests had been recruited as extras in a new sequel film in production. Though the sequel-making motivation was dropped in 2010, the plot remained the same: a mission to return E.T. to his home world, the Green Planet, which was dying without his healing touch. 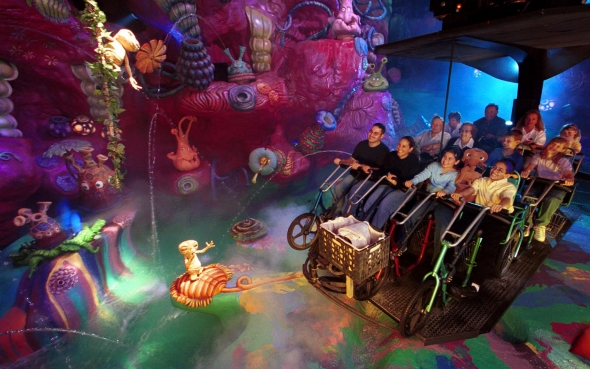 On board “bikes” suspended from overhead track, guests take off in a police-evading chase through the redwood forests of California before lifting off for a Peter-Pan’s-Flight-esque flight over town. Then, the ride takes an unexpected turn. Instead of arriving at a lush planet of alien life, the cavernous Green Planet is a desolate, rocky world of steaming geothermal vents and sickly green light diffuse through toxic clouds.

Naturally, E.T.’s return triggers the planets revival. In a swirl of magical light emanating from his glowing finger, the Green Planet begins to live up to its name. Lights begin to pulse through the planet like veins, reviving E.T.’s (somewhat eerie) alien friends as water jets dance and alien plants glow. The Green Planet still isn’t somewhere we’d be particularly interested in buying real estate, but the “glimpse” into E.T.’s never-before-seen home planet is kind of a cool experience for ‘80s kids who grew up with the friendly extraterrestrial.