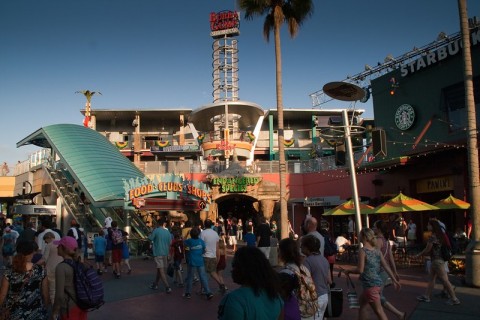 I used to hate the idea of seeing a movie on vacation. After all, you’re only in this exotic place for a short time — why would you spend two-plus hours of that time in a dark theater where you can’t talk to your friends or family?

Over time, though, I’ve softened my stance a bit. It turns out, a movie can be an awesome way to spend an arrival night, or a great spot to spend a few hours on a rainy day. And, Orlando has enough great movie theaters that it’s actually a pretty solid place, all things considered, to see that movie you’ve been waiting all year for.

But, as you likely know from your home town, all movie theaters are not created equal. Some are luxe and extraordinary — others are quaint and old fashioned. Let’s take a look at some of the best Orlando has to offer. 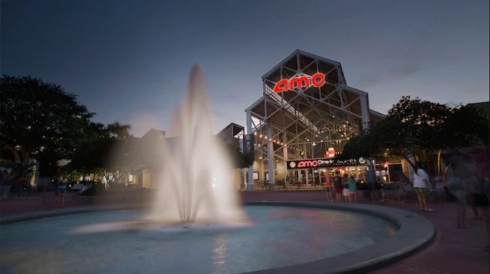 There are some other theaters on this list that are nicer. There are some with more comfortable seats, better food, and a more unique selection of movies.

However, in terms of location, it’s hard to top the Disney Springs AMC. Located right in the heart of the Disney Springs shopping area — just at the entrance to the massive parking garages off I-4 — this movie theater shows just about every first-run movie that exists.

And, once you get inside, it certainly is as nice as an AMC gets. There’s a bar and full-dining option — including food service during the movie. There’s a Dolby Cinema on location — a specially-designed projection and sound experience that claims to be of the highest quality. I am fortunate enough to live near multiple Dolby Cinema locations, and I can attest that it truly is the best way to see a major movie.

But beyond the great location within walking distance of Disney Springs’ famous restaurants and the solid amenities, this AMC also boasts a unique partnership with Disney. Opening Night events at the Disney Springs AMC are true events for Disney-produced movies. Star Wars, Marvel, and Walt Disney Studios all put together special gift packages, pre-show entertainment, and a cool opening-night vibe for the biggest releases.

Everyone should see a movie at the Disney Springs AMC at least once. 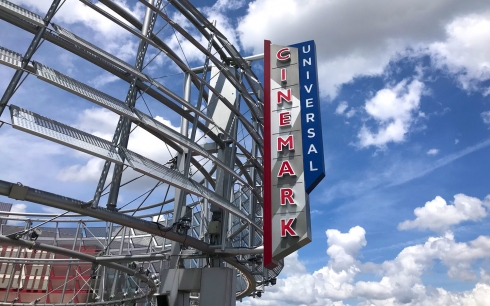 Obviously, no discussion of movie theaters is complete without the movie-themed park just up I-4 from Disney. Located right at the entrance to Universal CityWalk, this Cinemark location offers definite convenience for anyone staying on-site at Universal — a key perk.

Additionally, the Universal Cinemark is so big that there’s nearly always a showing for whichever movie you want to see. They lack the same Opening Night spectacle of their Disney competitor, but they more than make up for it with high-quality projection, good food, and a solid discount for guests who dine at CityWalk as well.

Notably, the Universal Cinemark also boasts an XD theater — “extreme digital.” This theater is Cinemark’s answer to the IMAX experience at AMC, and isn’t quite as high quality. However, it’s still quite good — and the only screen of its type at either theater on Universal or Walt Disney World property. 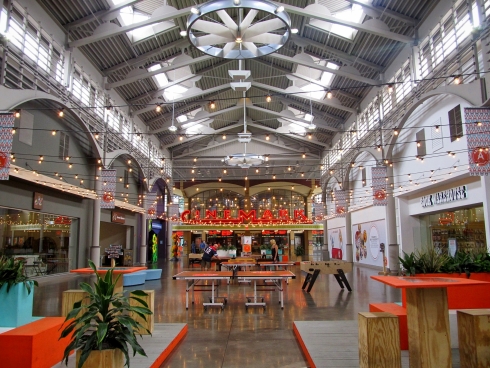 Located in the former Artegon Mall just across I-4 from Universal, the Cinemark Orlando has long been a favorite among locals for its cheaper prices and smaller crowds than the two tourist-area theaters. As such, it’s a more traditional moviegoing experience without the same fuss of parking and dealing with the family complaining about being so close to the theme parks without going in — a plus on a resort day.

The mall does have a handful of restaurants and other entertainment activities — including a pretty nifty mini golf course — but it certainly is not on the same level as Disney Springs or Universal CityWalk in terms of sheer things-to-do.

But, all of that is somewhat besides the point. It still has all the trappings of a modern movie theater — reserved reclining seats, an XD theater, and so on. If you’re looking for a great movie theater without the fuss, Cinemark Orlando is probably the best you’ll find.