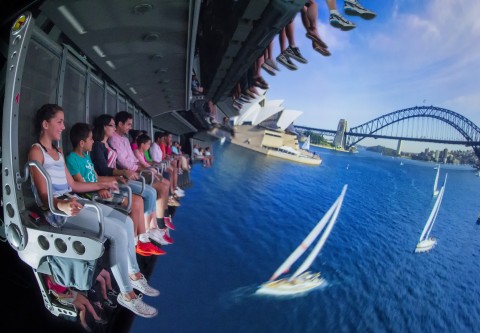 Thrill rides have an undeniable place in the DNA of Walt Disney World, but they aren’t necessarily everyone’s cup of tea…

There are countless situations where someone may not be able to participate in thrill rides. For some guests, motion sickness caused by jarring rides is just too much. For others, pregnancy, medical conditions, or even injuries might be a factor (I experience the latter myself when I tried to ride Test Track with a torn MCL—this was a mistake). Maybe you’re keeping an eye on a small child who isn’t ready yet or thrill rides overall just aren’t your thing.

While many Disney regulars have learned how to navigate this, it can get awkward quickly if you’re visiting Walt Disney World with a group of thrill ride lovers. You may have never been in a position before where you had to question what rides you could go on (this was my situation). On the flip side, maybe someone in your group isn’t as comfortable with thrills as you are. We recently had this happen when we brought a good friend to Disney’s Hollywood Studios to visit Galaxy's Edge only to realize after one ride on Millennium Falcon: Smuggler’s Run that thrill rides give him intense motion sickness related issues. I quickly had to rack my brain for what sort of activities he could enjoy in such a thrills-heavy park.

The beauty of Walt Disney World is that there is something for everyone, and that includes guests who can’t do thrill rides for whatever reason. In any Disney park, your options may include dark rides, dining, shopping, walking experiences, character encounters, and exploring immersive lands. We decided to take a close look at all four of Disney’s parks to identify the best choices at each for guests who’d prefer to skip thrill rides…

I wanted to start with Disney’s Hollywood Studios because it can honestly seem like the most intimidating park to face in this scenario. It is undoubtedly Disney’s most thrill-heavy park. You may have some challenges if you’re looking for peace and quiet on the level of Epcot or Disney’s Animal Kingdom, but it isn’t impossible to enjoy Disney’s Hollywood Studios without thrills. The secret is to know where to look.

First, here are a few attractions to avoid if you’re skipping thrill rides. On all of these lists, make sure to read warning signs closely and don’t be afraid to ask cast members questions:

While there are some other rides at Disney’s Hollywood Studios that aren’t necessarily thrills, there aren’t many. Toy Story Land’s Alien Swirling Saucers won’t be a good idea for anyone who easily gets motion sickness from spinning. Toy Story Midway Mania is probably a safe bet for many guests though it does include some spinning during portions of the ride. This eliminates almost all of the rides in the park. 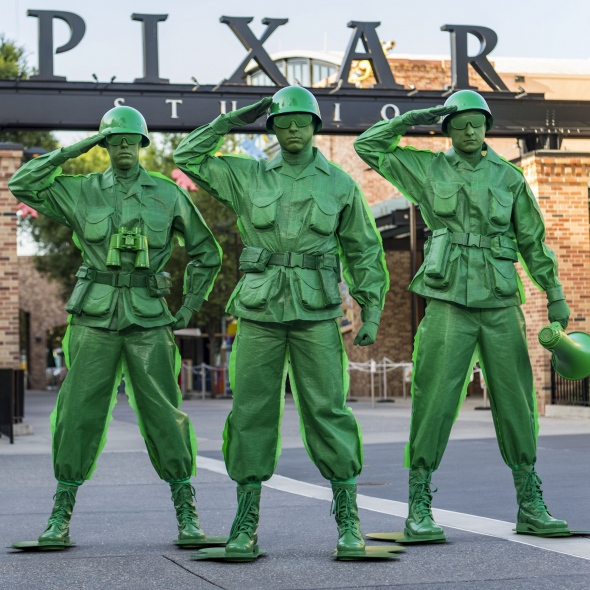 The trick to enjoying Disney’s Hollywood Studios without thrills is to forget the rides—instead, embrace the park’s amazing entertainment and immersive experiences.

Disney’s Hollywood Studios is home to some of Walt Disney World’s best entertainment attractions and its most immersive land (more on that in a moment). For fans of high octane action, you can’t go wrong with the Indiana Jones Epic Stunt Spectacular. For laughs at any age, Muppet Vision 3D remains a charming classic. The park is also home to two of the resort’s best live shows related to Disney’s Renaissance era—Beauty and the Beast Live on Stage and Voyage of the Little Mermaid. If you’re exploring with kids, you’ll definitely want to check out Lightning McQueen’s Racing Academy, the Frozen Sing-Along Celebration, and of course, Jedi Training: Trials of the Temple. The park is also home to an excellent Star Wars props and replicas museum at Star Wars Launch Bay (where you can meet Darth Vader, Chewbacca, and BB-8), as well as several different fireworks spectaculars including Fantasmic (don’t expect the Disneyland version) and Star Wars: A Galactic Spectacular.

Whether you are a Star Wars fan or not, it is absolutely worth your time to visit Star Wars: Galaxy’s Edge, even if you never step foot on Millennium Falcon: Smugglers Run or Rise of the Resistance. We’ve written a lot about this immersive land since its landing for good reason-- fans have just barely scratched the surface covering all it has to offer. A trip to The Black Spire Outpost of Batuu (the land’s canon in-universe location) isn’t about prop replicas or replicating movie scenes: it’s about experiencing the world of Star Wars hands on in a place that holds connections to every chapter of the Star Wars mythos. 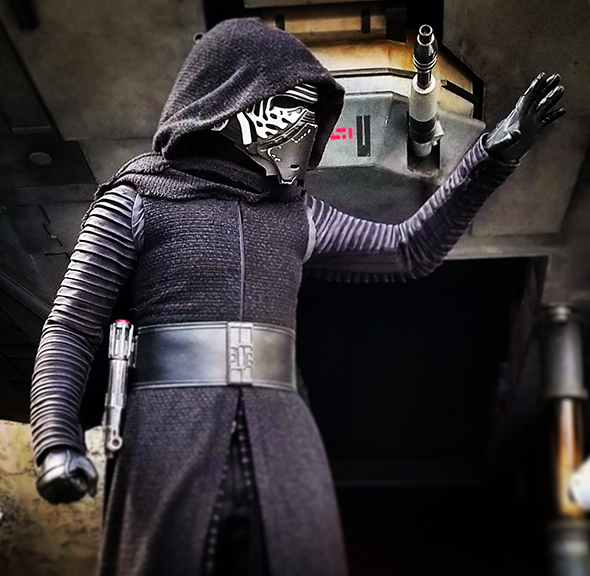 You can easily burn hours just taking in the incredible details throughout Galaxy’s Edge, exploring the shops, and tasting the foods (the blue milk is worth it! I’m personally a fan of the green milk too). If you keep an eye out for wandering characters, you’ll start to catch on that an entire story plays out throughout the day. There’s even an entire hidden attraction in the outpost that you can access via the Play Disney Parks app—Star Wars Datapad, an interactive game that turns your phone into a Datapad capable of interacting with elements in the land.

A quick final note on Disney’s Hollywood Studios: dining is not the park’s strongest point. Most of the food will be variations on American food. Our favorites in the parks are the Sci-Fi Dine In Theater for burgers done right and Docking Bay 7 at Galaxy’s Edge for more unusual cuisine themed to feel like it comes from the Star Wars universe.