7 of the Most Expensive Things to Do at Disney 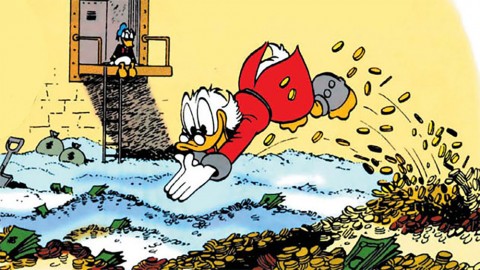 Do you have a bottomless vacation budget? Can you buy whatever your second-favorite maid wants? Are you worried that your 18-month-old Ferrari is looking dated and thinking about upgrading?

If so, you’re in the one percent, my friend. And I don’t have to tell you that membership has its privileges. If not, well, it’s always fun to hear how the other half lives. Even the Most Magical Place on Earth caters to the elite with some of its priciest upsells. Here are seven of the most expensive things to do at Walt Disney World. Image: DisneyI’m not looking to denigrate you here, but I’m vaguely disappointed that you don’t already have a yacht. Well, maybe you do, but you don’t want to sail all the way to Florida. Oh, and I guess getting your yacht to Central Florida is impossible.

I suppose you’ll have to charter a yacht during your vacation. Disney’s Grand 1 Yacht is available, even though you may find this 52-foot vessel a bit small. It’ll only hold 18 guests, which means that you’ll have to leave some of your posse back at the hotel suite.

The Grand 1 Yacht starts at $399 per hour, a pittance to someone like you. Even though the vessel would seem tiny to the Wolf of Wall Street, it does come with private dining and butler amenities. And you can watch the nighttime fireworks displays from the yacht, which certainly enhances the experience.

Devour the fanciest meal in the south 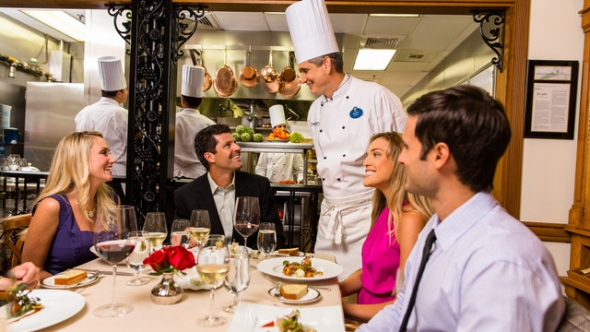 Image: DisneyAre you tired of Spago? Do you seek a change from Eric Ripert’s standard Le Bernardin fare? Of course! Your usual Friday table seems so mundane by now.

While you’re at Walt Disney World, you might as well try something new. During your visit, hop over to Disney’s Grand Floridian Resort & Spa, presuming that you don’t already have a grand villa there. Off to the side of the lobby, away from the notice of the poorer rich people, Disney operates the best-reviewed restaurant in the south.

Victoria & Albert’s is anomalous by Disney standards. It’s not subject to that cheeseburgers and chicken fingers nonsense that children and coal miners eat. Instead, you’ll discover a refined menu here, one worthy of your patrician palate. Sit at the Chef’s Table and savor a $315 meal and wine pairing.

Hang out in a private cabana

Image: DisneyYou don’t have to be a poor person to appreciate a day of fun in the sun. However, you certainly don’t want to associate with lesser beings. Thankfully, Disney caters to your lavish but reasonable needs.

You can rent a cabana at the best pool at Walt Disney World, Stormalong Bay. For a trivial price of $199 for a half-day or $299 for a full day, you’ll have a cast member at your beck and call. You may not need them, though.

The cabanas feature padded, comfortable seating and a ceiling fan to keep the sweat off your wealthy, presumably surgically enhanced body. A mini-fridge and fruit basket provide drinks and snacks, although I’m sure you’ll have more fun bossing the cast member around.

You’ll even have a television that you can turn to CNBC to monitor your stocks while you sunbathe. And USB ports will keep your smartphones charged in case you need to run Facebook or anything.

Image: DisneyHas your Disney vacation proven traumatic? Interacting with the little people in life is undoubtedly a challenge. Thankfully, you can always take a day off from the parks and luxuriate in the ultimate sport of the elite: the spa day.

I don’t have to tell you about the benefits of a spa day. You’re blanketed in cushy towels. Strangers perform pedicures and manicures while you sip cucumber water and plan your next corporate takeover.

Multiple Disney resorts host Senses Spa, an adequate place to spend a few hours. You’re not some rank amateur, though. You’ll want a full spa day, and that means the six-hour option.

Called Make Your Own Magic, this package costs a meager $675 and allows you to select your own experiences. Don’t get any wrong ideas, though, Robert Kraft. You’re at Walt Disney World.