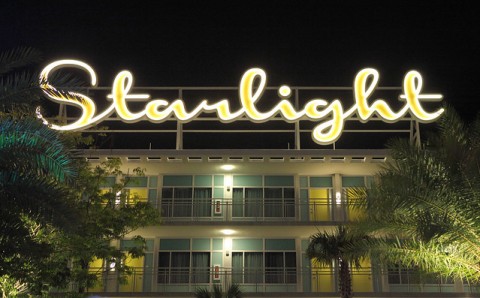 In 1999, Universal Orlando took its first big swing at its neighboring behemoth, Walt Disney World. First, they opened a second theme park on their small I-4 adjacent property. Then, they built an entertainment district called CityWalk, designed to compete with Disney’s then-new Downtown Disney. Universal rebranded itself “Universal Escape” — evoking the vacation destination vibe of Disney.

And, lastly, they built their very first resort hotel: the Portofino Bay Resort.

Now, twenty years later, the Universal Orlando Resort (No, “Universal Escape never caught on) hosts a grand total of eight resorts — more than half of which have been built in the last 4 years. It’s a truly impressive construction and resort-planning project, and it has resulted in Universal Orlando becoming a true destination unto itself.

But, while all of Universal Orlando’s resort hotels are fantastic and among the best properties in Central Florida, they are not all created equal. Here are every single Universal Orlando resort ranked. 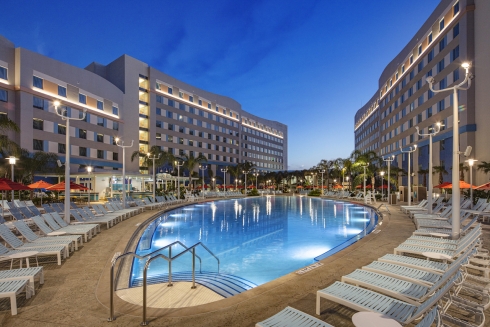 With the first wing of this resort opening in 2019, Universal’s Endless Summer Resort is the newest kid on the block. It also happens to be the largest: the two resorts, combined, dwarf the next-largest Universal hotel by several hundred rooms.

But, just because this resort is big, that doesn’t mean it feels impersonal or cheap — and that’s kind of a surprise. With rooms starting well under $100 per night at off-peak times, Endless Summer Resort is very much a value hotel. Unlike Disney’s value hotels, however, Endless Summer has a slightly more adult version of value on hand.

The resort’s aesthetic is a modern update to the beachside resort vibe of the mid-to-late 20th century. It feels HGTV-ready with bright, open spaces and exposed wood — and, there are no cartoonish attempts at theming or character integration. The surfboard-shaped pool is sizable, but useful. There is no lobby bar, but the poolside bar serves drinks that are all affordable.

In all, Endless Summer is the perfect value resort in that it’s there to be a relaxing place to call home while you explore the Universal Orlando Resort — but no one would mistake it for a true destination. It lacks the perks of its fellow Univeral hotels — including Universal Express passes, or the ability to walk to the parks. That’s why it’s last on this list, but still one of the best places to stay in Central Florida. 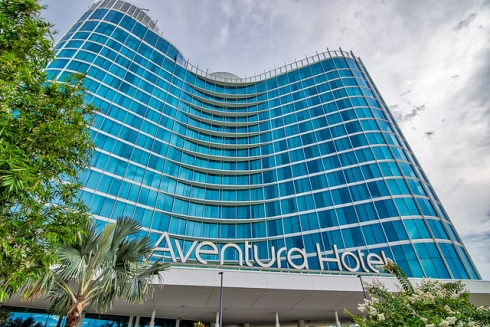 Have you ever stayed at a nice boutique hotel in a mid-sized city? You can probably picture it in your head: minimalist design, lots of glass and steel, hardwood floors, neutral colors, and the vague sense that you’re walking through an IKEA. Universal, cleverly, recognized and that many travelers like such an aesthetic — and so, they built a modern boutique hotel of their own.

Aventura Hotel is exactly that image of a boutique hotel. It’s modern, but not showy. It’s minimal, but not simple. It’s sleek, but it’s not sharp. It’s the most grown-up of Universal’s hotels — lacking “fun” theming, but making up for it with an adult’s sense of what a vacation should be.

There’s no food court, but rather, a “food hall”-style dining area with everything from burgers and fries to sushi and poke. There’s a rooftop bar, with incredible views of ... Orlando and Kissimmee. There’s technology embedded in the entire experience, from tablet-controlled rooms to a VR arcade on-property. It’s exactly what many modern millennial travelers want out of a hotel: stylish, comfortable, and cool.

However, that’s also what keeps it fairly low on this list. Universal and Disney have come to be known not just for having great hotels, but for having hotels that can tell a story and transport you to another world. Aventura Hotel utterly fails that this task — largely because it never even attempted it. It’s not there to be a themed hotel in the Disney mold. Universal didn’t build it to compete with Disney’s Animal Kingdom Lodge. It’s here to be a modern, grown-up hotel for a certain kind of traveler, and it succeeds well at that. Unfortunately, those types of hotels always have a ceiling on just how magical they can be.