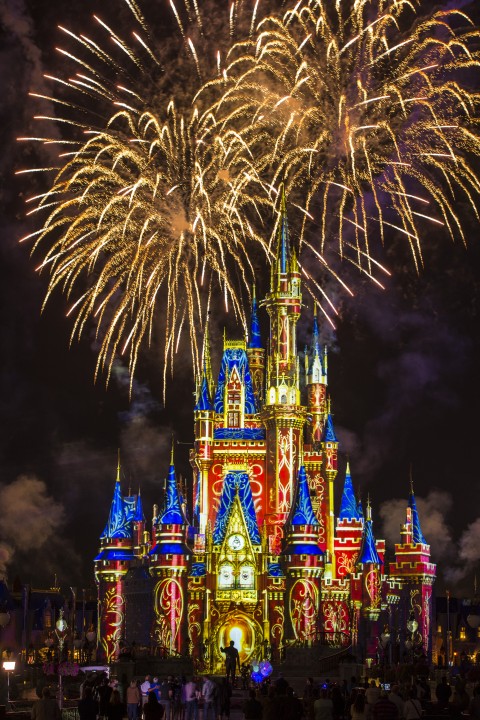 Nostalgia is the real secret of Disney magic.

Disney imagineers are masters at captivating the senses to seal memories. A Walt Disney World vacation can be a distinctly emotional experience, and I’m not talking about frustration with crowds. Disney is a place where you can get swept away by imagination and powerful sensations. From the beginning, Disney seized upon the central tropes of classic storytelling to draw guests into experiences they’d never forget.

If you grew up visiting Disneyland or Walt Disney World, some experiences at the Most Magical Place on Earth immediately inspire “The Disney Feels”. It’s the warm fuzzies, the giggles, the tear-jerking moments that you try to fight but just can’t, not because you’re sad but because you remember. Even if you didn’t grow up at Disney parks, a visit to Walt Disney World can still stir this whirlwind of emotions.

Missing that once-upon-a-time magic? Here are ten of the top experiences we’ve noticed at Walt Disney World that always make us feel the Disney-feels.

1. The start of the Main Street Electrical Parade

The air is cool and still in Magic Kingdom. Guests line Main Street from the entry plaza all the way to Splash Mountain, anticipation rising. A single low note fills the air, and the crowd erupts as synthesizers fill the air. As quick as the roar of applause rises, the crowd stills as an entrancing digital voice makes that famous announcement…

The music swells, joined quickly by an enthralling chorus of dancing keys, tambourines, drums, and electric melodies. The crowd claps as the rhythm seizes all, and dancing faeries adorned in dazzling lights lead the way for storybook characters brought to life to claim Main Street.

I joke sometimes that my German tear ducts shriveled long ago, but it only takes about five seconds listening to the Main Street Electrical Parade soundtrack to cue the waterworks for me. It’s almost a Pavlovian response. It is not difficult to find fans who visited Walt Disney World or Disneyland as children who get the Disney-feels upon hearing or seeing the Main Street Electrical Parade. It’s an institution so iconic to the Most Magical Place on Earth (and the Happiest Place on Earth) that when the parade was revived in 2019 at Disneyland, untold amounts of people tuned in live just to watch it return.

While we’ve yet to see this Disney classic return to Magic Kingdom in recent years, we’ve no doubt that the day will come when the Main Street Electrical Parade returns to Florida again—and until then, there’s always YouTube!

Waking up for opening gate at any Disney park might feel like a tall order for a family, but for those who dare to brave the early hours on a Disney day, heaps of nostalgia await.

Rope drop at any Disney park is a time filled with emotion and anticipation, but nowhere is this more pronounced than at Magic Kingdom. The excitement alone of seeing Cinderella Castle standing majestic at the end of Main Street and hearing music fill the air stirs many emotions, but Magic Kingdom has topped this with some seriously amazing welcome shows. My favorite remains the old version where Mickey, Minnie, Donald, Goofy, and the gang all rolled into Main Street station on the railroad, waving to guests to welcome them to the park. I had my four year old niece with me the first time I saw this, and I just lost it—the feels had me.

The welcome show for Magic Kingdom has changed somewhat over the years, but the effect is still there. There’s still no doubt that rope drop remains one of the most emotionally exciting moments of a Disney day.

3. When you (or someone else) meets their favorite character for the first time 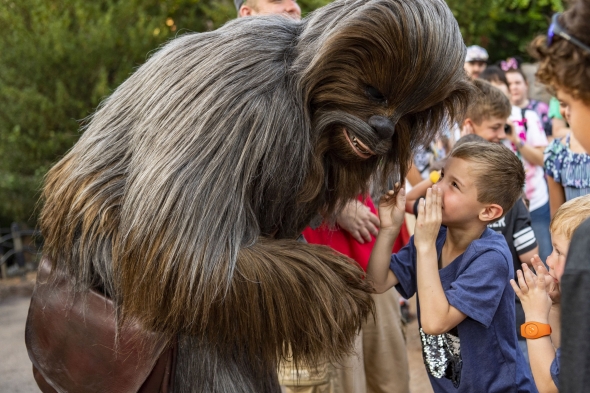 Every Disney fan has a favorite Disney character. Maybe you’re a purist who prefers Mickey and the gang. Maybe your heart leaps at the idea of meeting one of Disney’s hero princesses like Belle or Rapunzel or you just can’t help by break into song upon finally laying eyes on the legendary Gaston (after all, no one fights like Gaston?). Meeting characters is great fun, and there’s something truly special about meeting your favorite for the first time—or even better, seeing someone else light up at the same experience.

Kids make everything more magical at the Most Magical Place on Earth, especially meeting beloved characters. As adults, we might know that R2-D2 and BB-8 are remote controlled robots, but when kids meet these iconic droids, the excitement on their faces is contagious. I watched a little girl blush and giggle like she’d just met Prince Charming when R2 cooed at her recently in Galaxy’s Edge. She then ran up and hugged the droid like he was Mickey Mouse himself.

The feels don’t just get stirred when kids meet their favorite characters. Our favorite moment of that insane opening day at WDW’s Galaxy’s Edge was watching an encounter where Rey approached a random twenty-something girl who had been standing on one of the walkways in the Black Spire Outpost. The woman hadn’t even realized who Rey was, but when realization hit her, she clasped her hands to her mouth and started to cry for joy, overwhelmed by emotion. Rey was so sweet, all smiles and gentleness. The woman could hardly speak, she was cry-giggling so much as Rey invited her to join the Resistance on a secret mission. It was one of the sweetest moments we witnessed all day!