4. Living with the Land 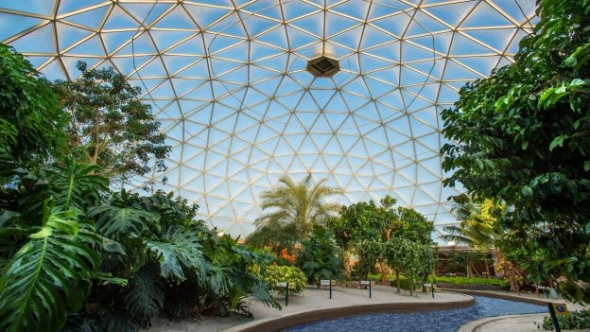 Very few “EPCOT Center” originals are left in Epcot, but “Living with the Land” has so far escaped the wrecking ball (or, just as shockingly, a character overlay) retaining the sort of industrious, intelligent, and immensely-scaled style once shared by the Lost Legends: World of Motion, Universe of Energy, Horizons, The Living Seas, or Journey into Imagination.

The attraction begins by sailing guests through dark ride style biomes of a deciduous forest, a tropical rainforest, a desert, and a prairie to explore natural processes that shape our environment and how they lend themselves to agriculture. Boats then float into a “Living Laboratory” of greenhouses and authentic labs where real researchers are at work. The 20-minute journey is simply a classic and succeeds at all the things fans loved about Future World: it’s somehow nostalgic, forward thinking, informative, and grand. 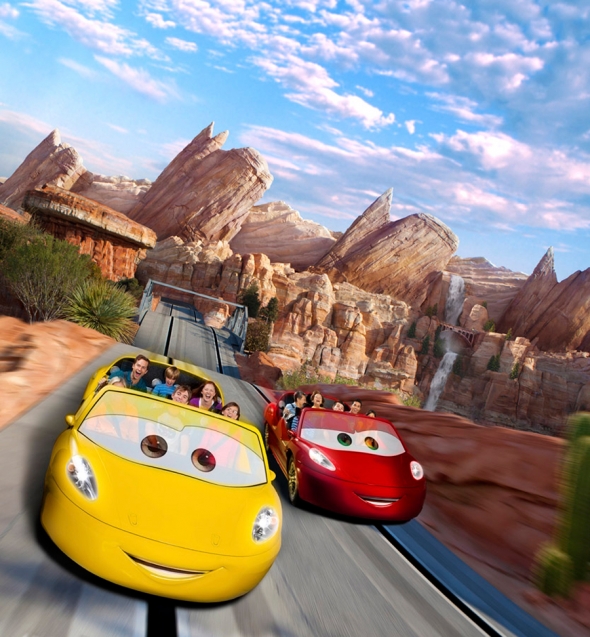 Surrounded in the soaring red rocks of the Cadillac Range, you've found your way down Route 66 on the biggest day of the year – Race Day! That's the premise behind Radiator Springs Racers, the E-Ticket anchor of Disney California Adventure and its starring Cars Land.

Behind the wheel, guests strap in for a zippy drive through the desert and into town. For the most part, the ride plays like a star-studded reunion with riders coming face-to-bumper with the Cars heroes. Right in the neon paradise of town at sunrise, the road forks with one car going to Luigi's for a tire upgrade, and the other heading to Ramone's body shop for a paint touch up. Both cars then unite for a tire-squealing race through the banked turns and dips of the Ornament Valley.

Cars Land is pure magic, and it makes sense that its signature attraction – subject of an in-depth, making-of, Modern Marvels: Radiator Springs Racers feature just for Disney Parks fans – is nothing but adrenaline-packing fun from accelerator to brake. There's no moment when something bad happens (unless you count the potential to lose the big race... but then again, Lightning McQueen assures us we're all winners since we made new friends). Nothing goes wrong; nothing has to! It's race day, and everyone's in it to win it. 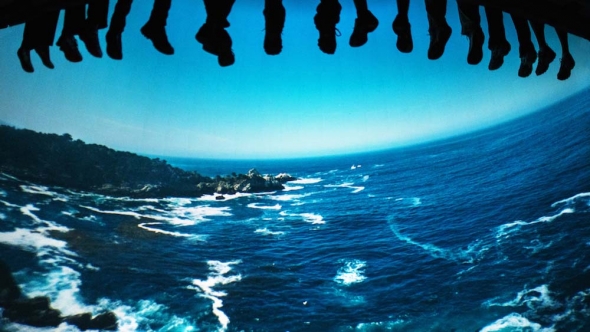 In one of our special features, Artificial Worlds: The Rise of Screens & Simulators, we took a careful look at Soarin’ for a very important reason: it was the antithesis to what simulators had been used for in the decades before. In fact, since the launch of the Lost Legend: Star Tours theme parks essentially went head-to-head to see who could make a ride to simulate the most things going wrong. From Body Wars and Back to the Future: The Ride to the Amazing Adventures of Spider-Man, the ‘80s and ‘90s were all about wrong turns, crashes, and falls brought to life on screen.

Soarin’ was different. Apparently content with having mastered how nauseating simulators could be, Soarin’ set out to do just the opposite: to be beautiful, tranquil, even subtle. The hang-gliding adventure still has a thrill element (since riders are suspended high above the ground and immersed in a 360-degree domed screen) but it’s a ride both Junior and Grandma will love equally as they’re airborne, gliding through unbelievable sights (and smells).

At least in its original form – the Lost Legend: Soarin’ Over California – the ride also made a risky design choice. Rather than concocting a story for how riders zoom from one place to the next or even forcing in “zooming cloud” transitions, the ride film uses hard cuts emphasized by a legendary musical score. In that way, it doesn’t even try to be “real,” and yet it feels like one of the most real, visceral screen-based attractions on Earth, and without even a hint of danger. 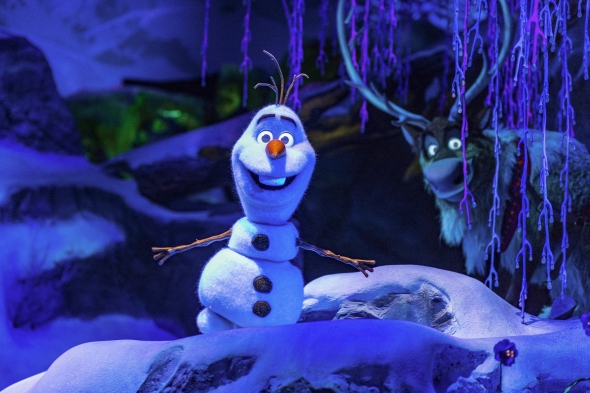 Can a modern attraction – and an IP-based one at that – exist without conflict? Yes. Though fans may never forgive Frozen Ever After for having broken the dam of characters flowing into World Showcase (and at the expense of the Lost Legend: Maelstrom), it’s hard to argue with the result. In fact, we highlighted the ride in our series reserved for the best of the best – Modern Marvels: Frozen Ever After. It features some of the world's best animatronics and re-written songs from the film.

But smartest of all, it is not that detested kind of ride fans most resent – a “book report” ride, merely retelling the story we already know, beat-for-beat, but condensed to three minutes. Instead, Frozen Ever After takes place after the first movie on an annual “Winter in Summer Day” when Elsa blankets the kingdom in snow (on purpose this time!) in remembrance of the day Anna saved Norway (er… um… Arendelle) with true love.

The ride repurposed Maelstrom’s brisk layout and Viking ride vehicles, recrafting them into an original adventure that’s merely a musical celebration with no villain in sight. Even the ride’s climactic drop is recast as an icy slide into the bay of Arendelle where fireworks illuminate the night sky to the tune of “For the First Time in Forever.”