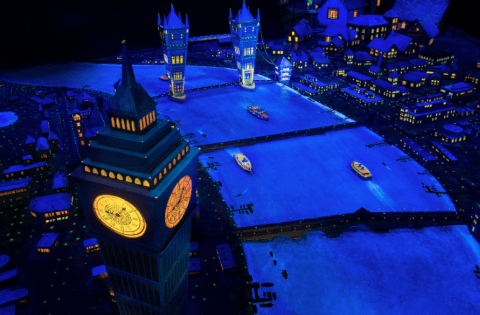 If you’re a big theme park fan, chances are that you’ve found yourself in more than a few messes in your day... To name just a few, perhaps you’ve had your journey through the streets of New York co-opted by supervillains, ruined a run-of-the-mill temple tour by looking into a lost god’s cursed eyes, stumbled upon an intergalactic battle on a detour to Endor, had a sightseeing train ride literally derailed by a Yeti, been hijacked by mobster bandits in the middle of a movie scene, time-traveled to mere moments before extinction, or even had a carnivorous alien escape in a routine demonstration.

In fact, by now, you’ve probably come to expect it: the moment when “something goes horribly wrong," jump-starting the real ride and sending you on a wild adventure. A tale as old as time (or at least, as old as the “ride the movies” mantra that arose in the 1990s), the trusted trope of finding yourself in trouble has become the plot device for attractions around the globe.

But what happens when nothing bad happens? Today, we’re taking a look at 11 classic (and modern) anchor attractions that don’t rely on a catastrophic turn-of-events to leave an impression or to make guests feel invested in the story. 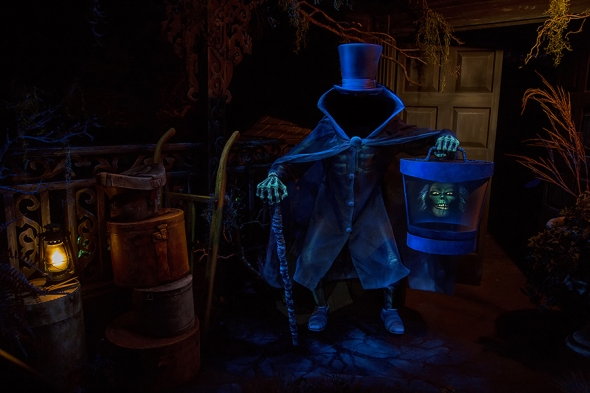 An eerie old manor on the outskirts of town… What could possibly go wrong?! Well, in this case… nothing. The complex origin story of the Haunted Mansion famously involves many different versions of what the classic could’ve been, including walkthroughs where guests would’ve been tormented by spirits of a piratical killer or an unlucky family who might’ve played “bad guys.” But as the Mansion evolved, a concrete plot was purposefully pulled from the attraction in favor of an atmospheric tour of eerie sights and sounds, and a singalong finale.

Another reason nothing goes wrong? The ride system designers decided on, the Omnimover. The continuous chain of vehicles glide through the manor, rotating as needed to focus on certain scenes. But the constantly-moving clamshell vehicles also act as a pacing device, allowing guests to relax and observe as “grim, grinning ghosts come out to socialize.” They even circle up for a seance during the mostly-plotless journey.

One could argue that Disney has developed a “Haunted Mansion” where something goes awry - Disneyland Paris’ Modern Marvel: Phantom Manor. There, Imagineers injected a full story telling the tale of a lovelorn bride and the evil phantom who haunts the  home. In so doing, guests are given a more active role of re-living the cursed bride’s tale, with the antagonistic phantom following at every turn… including his attempts to trap them in the house forever. 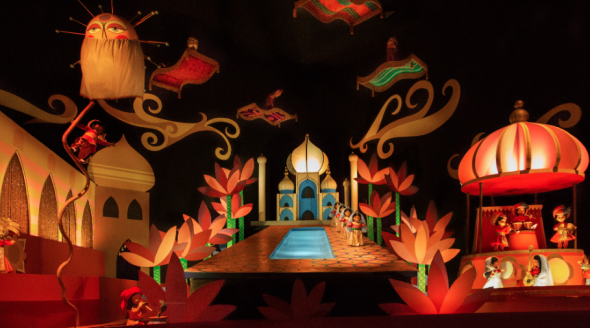 There’s no denying that “it’s a small world” harkens back to a simpler time in Disney history. Debuting at the 1964-65 New York World’s Fair, the attraction was developed for Pepsi-Cola and their pavilion at the Fair, honoring Unicef. The global attraction and its spectacular song (by songwriting Sherman Brothers behind Mary Poppins, “The Tiki Tiki Tiki Room,” and more) have gone down in history as iconic emblems of Walt Disney and his parks.

And true to its moniker as “the happiest cruise that ever set sail,” absolutely nothing goes wrong. As a matter of fact, “small world’s” charm is its simplicity and ease; the childlike (but ever-true!) notion that there’s more that connects us than divides us if we’d only rewire ourselves to see it that way.

Even though “small world” appears simple (thanks in part to the timeless artistic stylings of Mary Blair), it’s arguably built on the kind of big, brave mindset that Imagineers haven’t had the chance to display since the earliest days of Epcot, with a global, social message that’s radical in its simplicity. It’s a forever-classic, and evidence that sometimes the most powerful attractions don’t need a plot (or a “bad guy”) to convey a message. 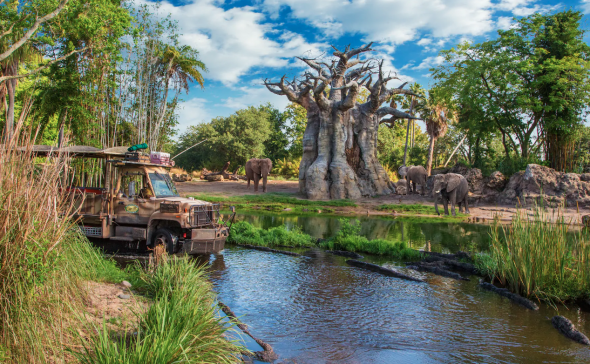 For most of the history of Disney’s Animal Kingdom, Kilimanjaro Safaris was the undisputed E-Ticket anchor for the park; an epic, 22-minute journey into a grassland wildlife reserve outside of the East African village of Harambe. Finally achieving Walt’s long-lost dream of incorporating real animals into an attraction (an abandoned plan for the Jungle Cruise), the ride tours guests through naturalistic and apparently-border-free exhibits featuring okapi, zebra, warthogs, ostriches, giraffes, hyenas, lions, and more.

Today, Kilimanjaro Safaris is a true sightseeing safari, with guests encouraged to take photographs while safari guides share interesting facts and stories about the animals on display. But it wasn’t always that way… Originally, Imagineers had concocted a plot to give guests a more “Disney” experience. Halfway through the safari, a call over the radio pulled the Jeep into a race to save Big Red and Little Red – a mother elephant and her baby – from poachers spotted in the reserve. The Jeep would speed off, racing past the poachers’ abandoned camp before ultimately finding Little Red (in animatronic form) safe in the back of a ranger’s truck with a Cast Member dressed as the game warden, holding a Jeep of poachers at gunpoint… Yes, really!

For a very short time before the park’s Grand Opening, the original "dark ending" of the ride instead featured the corpse of Big Red – tusks sawed off – lying dead beside the road. The shocking scene was meant to send a message about the very real dangers of poaching, but it was a hard pill to swallow at the end of such a grand and exciting Disney attraction. Though the fake corpse was removed before the park’s opening (with the costumed warden exclaiming that the mother was fine and already rescued), the “Little Red” story lasted until about 2012. Ultimately, it was decided that guests are more interested in seeing real animals than in participating in the “something goes wrong” story invented for the ride – happy ending or otherwise.