The Best of the BEST Disneyland Restaurants 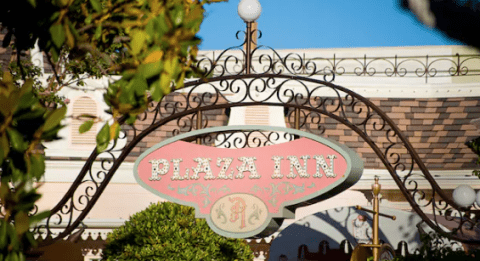 A trip to Disneyland is an exciting time. You'll get to walk on the same paths where Walt Disney once turned orchard groves into the Happiest Place on Earth. But you'll burn a lot of energy during your theme park visit. You need to refuel regularly.

I presume that you can find a snack anywhere, but you may not know about the best places to eat a full meal. Here’s a list of the best Disneyland restaurants according to TripAdvisor.

Image: DisneyTripAdvisor is the most respected aggregated reviewing system in the hotel industry. However, it does come with a couple of flaws. It skews toward tourists rather than locals, an understandable design. In the case of Disneyland, this aspect is a bit problematic, though.

Southern Californians comprise the body of Disneyland guests, and they know all of the best dining spots. For this reason, TripAdvisor’s suggestions aren’t quite as reliable as the ones at Walt Disney World. The locals would suggest cheaper fare, I'm sure. Most of the restaurants listed here are relatively pricey.

For example, Disney’s PCH Grill is a family-style buffet with a character breakfast. And you know that character meals at Disney aren’t cheap. This one is among the best at Disneyland, though. Called Donald Duck’s Seaside Breakfast, this meal features Donald and Daisy dressed up in their best beachwear. Disney tourists eat it up, even though the food is Chef Mickey’s-ish in quality. Image: DisneyAt the start of 2019, one of Downtown Disney’s best eateries re-opened. Naples Ristorante e Bar is the sister location to Via Napoli Ristorante e Pizzeria at Epcot’s World Showcase. Operated by The Patina Group, one of Disney’s most reliable business partners, both restaurants have a sterling reputation. The Disneyland version is better than ever thanks to its new menu, which highlights the tastiest cuisine from southern Italy. Image: DisneyIn a roundabout way, this restaurant is an integral part of snack history. The building where it resides was once home to Casa de Fritos, a Mexican place with a garbage problem. Their chips went bad after a few hours, causing them to throw out a lot of product. Some enterprising person baked the old chips to extend their life. Thus, Doritos were born. Yes, someone at Disneyland invented Doritos, and the space where it happened has become a local landmark. The current restaurant, Rancho del Zocalo, is a Mexican joint that can't sell Doritos for legal reasons. It does have Crispy Chips con Limón that will blow your mind, though. This place is a mecca for salty snack mavens. Image: DisneyNew Orleans Square at Disneyland is home to three restaurants. Their prices fall into the categories of small, medium, and large. French Market is the cheapest while Café Orleans falls in the middle. And, in an odd coincidence, the most expensive place is next.

Diners love Café Orleans for its distinctive Creole flavors. In fact, it originally opened with the themed land in 1966 as Creole Café. You should order anything with gumbo in the name here, and the Pommes Frites are as good as you’ll ever have. As great as this place is, however, it’s not even the best restaurant at New Orleans Square. Instead, that honor belongs to… Image: DisneyThe city of Anaheim includes 724 restaurants registered on TripAdvisor. Seven out of the top 20 places are official Disney restaurants. That’s total marketplace domination. But it’s also understandable. When Walt Disney turned orange trees into Disneyland, he made the city of Anaheim relevant. And one of his last projects was New Orleans Square.

The novelty of Blue Bayou is that it resides in the same building as Pirates of the Caribbean. The ambiance is that of an outdoor meal on the bayou, even though it's an indoor facility. You'll hear crickets and see fireflies during dinner. And you'll also watch Pirates boats sail by. It's a must-do experience at Disneyland each trip for this reason. Image: DisneyWhat’s better than a day at the Happiest Place on Earth? That same day topped off by one of the best meals of your life! Several of the remaining entries reflect this premise. Some of Disneyland’s upscale establishments are also among its best-reviewed.

Carthay Circle is currently ranked 17th out of Anaheim restaurants. Guests love its elegant décor and terrific location in Disney California Adventure. The food is themed to the California locale, but it’s more classic Hollywood than modern. You’ll feel like a studio boss when you sit down for an admittedly pricey meal. 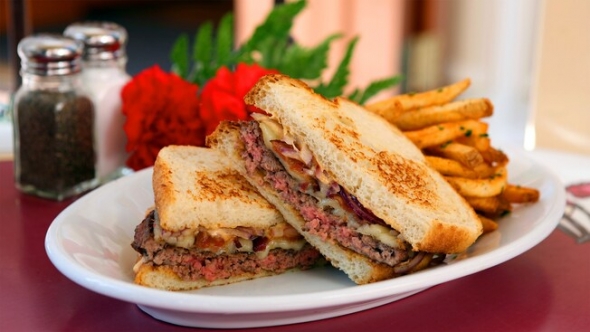 Image: DisneyDisneyland loyalists frequently double as historians. They appreciate Uncle Walt's legacy and admire everything from the early days of Disneyland that's still in operation today. Carnation Café was there on opening day in 1955, and it's maintained its status as one of the best values throughout the years.

A meal here should still end with dessert, as the place opened as an ice cream parlor. You’ll be eating at the same place where Walt Disney treated his children to treats! A meal here is so beautiful that you’ll be so concerned about Insta-worthy pictures that you may accidentally let your food get cold. That’s a rookie mistake! Snap your pics quickly and move along to the deliciousness.

Here’s the surprising part of Napa Rose. When you have money to burn, you can buy an even better experience. The Chef’s Counter serves courses that are unavailable to the lesser guests sitting at regular tables. Napa Rose’s pricing makes it a “special occasions” meal for most guests, but all of these meals will be unforgettable.

Image: DisneyA lot of what I just said about Napa Rose applies to Steakhouse 55, only this restaurant is at Disneyland Hotel. Also, the entrees here are steaks. Yes, you can get other stuff, but it’d be like going to Splash Mountain for the line queue. When you visit Steakhouse 55, order a steak! It’s not rocket science! And you’ll be thrilled that you did. This is the place at Disneyland where the meat lovers go.

Image: DisneyHere’s your curveball. One of the best places to dine at the Happiest Place on Earth is a sandwich shop. Even better, it’s one of the cheapest meals possible at Disneyland. Heck, it’s priced about the same as a sandwich shop in your town, which means it’s a cheap meal for anyone anywhere at any time. You can understand why the locals rave about this place. Earl of Sandwich allows you to dine at Downtown Disney at rock-bottom prices. Image: DisneyI…would not have guessed this. I was actually doing research for a Disneyland trip when I stumbled on this information. According to TripAdvisor, the only official Disney restaurant that claims a higher rating is Club 33, which isn't available to most guests. Yes, Plaza Inn is the best of the best among Disneyland restaurants.

Located on Main Street, U.S.A., this restaurant is impossible to miss. Its old-timey theming charms young and old alike. And a meal here includes a dynamic view of Sleeping Beauty Castle. The genius of the place is that it serves cafeteria-style classic American cuisine.

Plaza Inn is a throwback to the age of big family dinners when entrees were rich proteins like pot roasts and fried chicken. And the portions are comical in size. No matter how hungry you are, you'll leave this restaurant feeling like you ate too much. Simply stated, it's the best value inside the parks at Disneyland Resort and the best Disney overall restaurant according to TripAdvisor voters.