These Theme Park Restaurants Take Immersive Dining to the Next Level 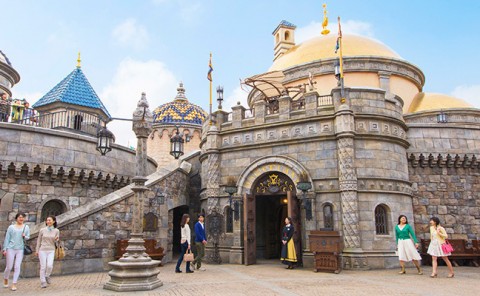 The modern theme park is no stranger to immersive storytelling. Specially-constructed areas, from the Cadillac Mountain Range bordering Cars Land at Disney California Adventure to the crooked alleyways of Universal Studios Florida’s Diagon Alley, offer guests a virtual cornucopia of visual gags, props, and Easter Eggs in order to simulate the environments of the films they’re based on. Complex attractions flesh out the rest of the experience: parkgoers not only get to admire the floating mountains of Pandora, but mount a banshee, while those venturing into Star Wars: Galaxy’s Edge for the first time might try their hand at piloting the Millennium Falcon.

That said, no truly immersive experience would be complete without this oft-overlooked element: a thoughtfully-detailed, story-based restaurant. Imagine a trip to the Wizarding World of Harry Potter where the signature beverage on tap is Mountain Dew rather than Butterbeer, or traveling to Pandora only to find that the steamed cheeseburger pods have been replaced by lukewarm, McDonald’s-quality burgers. Not only would those be subpar replacements for fan favorite snacks, but they would take you out of the story that has been so carefully crafted around you.

Today, we’re going to look at some of the most immersive theme park restaurants across Disney and Universal; not only those that serve a mean surf and turf, but those that elevate the attractions and areas around them. 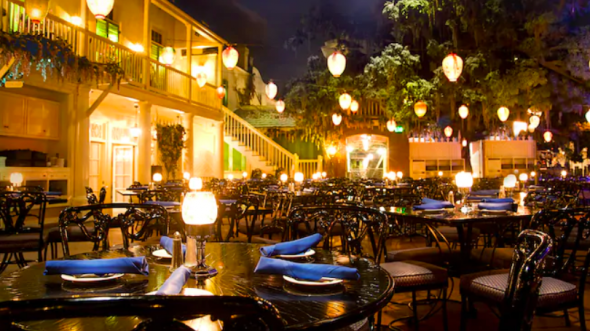 Since its opening in 1967, Blue Bayou has consistently set the standard for theme park dining experiences. Nestled between a Louisiana estate and the murky waters of a firefly-lit bayou, the riverside restaurant offers premium seafood fare at premium prices.

Were it created to be a standalone restaurant, it would still rank among the most immersive and interesting dining options at Disneyland. What sets it apart, however, is the way it works in tandem with the nearby Pirates of the Caribbean attraction to elevate the guest experience at both ends. Those bobbing along Lafitte’s Landing are drawn into the lively atmosphere, thereby setting the stage for the rest of the pirate-infested ride, while diners are treated to an equally engaging scene as they watch the rowboats glide past a serene backdrop of twilight sky and singing crickets (punctuated at regular intervals by sudden screams as the boats plunge down a skull-guarded waterfall).

With the lone exception of Epcot’s San Angel Inn, no Disney theme park restaurant has managed to incorporate an attraction and dining experience as seamlessly as Blue Bayou. Diners may not be directly victimized by the violent delights of the dastardly village-pillaging buccaneers, but there’s enough mystery, beauty, and intrigue in the atmosphere to enhance their experience nevertheless. (The jambalaya isn’t half-bad, either.) 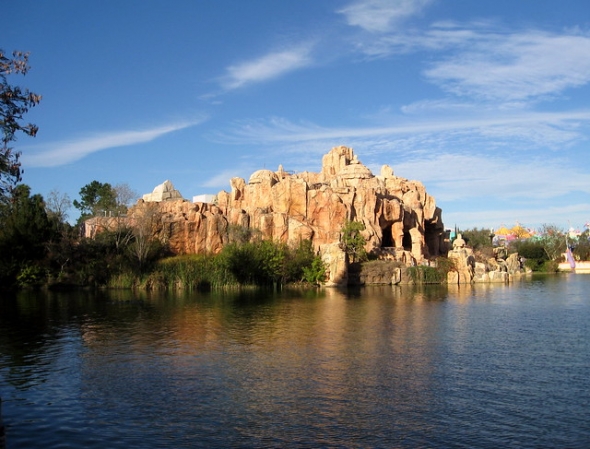 While Blue Bayou excels as an extension of the storytelling elements found in Pirates of the Caribbean, Mythos steps outside the confines of Universal’s IP to bring guests an entirely unique experience. Its recognizable rock façade rises from the heart of the Lost Continent, hinting at Grecian epics and legends within its carved walls.

Few modern theme parks have mined the rich stories that stem from Greek mythology, and none have done it better than Universal. There’s no attraction tie-in here, nor is there any sort of live performance or character appearance, but there are still plenty of features to admire and enjoy—from the waterfalls that cascade down the front of the restaurant to the intricately-carved faces of mythological creatures and characters in the walls and the patio’s sweeping vistas of Islands of Adventure’s lagoon.

Although Mythos houses numerous references to Kraken, Pegasus, Mercury, Cerberus, Narcissus, and Atlas in its many sculptures, arches, and mosaics, the restaurant doesn’t promote any singular narrative. That works to its disadvantage a little, as it’s always easier to make guests feel immersed in a story that has a clear definition, but what it lacks in clarity it makes up for with incredible atmosphere. Stepping into the restaurant, there’s no question that you’ll feel transported to another time and place… one far removed from the conventional theme park you left behind.