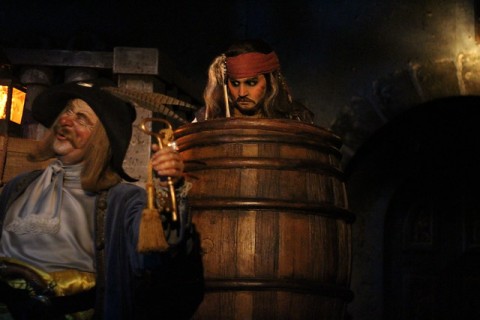 Sometimes the real magic is in the details…

Walt Disney World has always been famous for their attention to detail. From tiny Easter eggs on rides to immersive nuances in land scenery, Disney is great at highlighting the little things that make the Most Magical Place on Earth so captivating. Even in refurbishments, improvements to rides don’t always have to be huge, sweeping changes. Little details can make a big difference, like the improvement on graphics for Mission: SPACE Orange Team or fixing immobile dinosaurs on Animal Kingdom’s Dinosaur.

Even Disney misses the little things sometimes, and repeat visitors might start to notice areas of popular Disney attractions where small changes could make big improvements. These aren’t deal-breakers—their presence or absence doesn’t make or break a great ride. They’re wish list items that would make attractions even more magical or address minor irritations. Have you ever found yourself fixating on an odd detail missing or that needs to be addressed in Walt Disney World rides or shows? Here are nine that have stood out to us over the years… Oh, and #10 is a real earworm!

1. Avatar: Flight of Passage – Where is the banshee’s head? 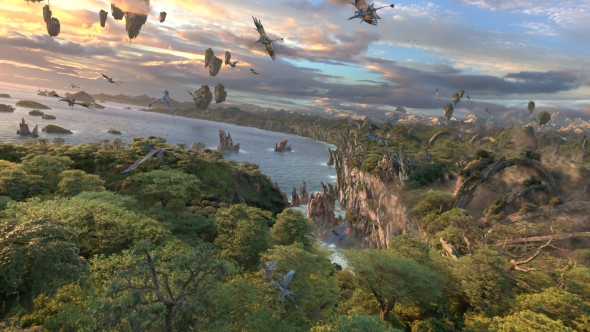 I know it feels like utter blasphemy to start this list off with one of Disney’s most popular attractions. Avatar: Flight of Passage is an unbelievable attraction that definitely deserves its popularity as one of Disney’s most captivating experiences to date. Riding Pandora’s native banshees is an ultra-immersive experience, down to being able to feel the beast breath underneath you as you fly. Unfortunately, there’s one little detail that breaks that immersion for some guests.

Where is the banshee’s head?

Pandora’s banshees have good sized heads, and Navi riders aren’t situated directly above them. In theory, for the most immersive experience possible, you should be able to see the banshee’s head as you fly through Pandora’s gorgeous landscapes. It’s understandable that Disney opted to skip solving this issue. It would likely involve adding an animatronic banshee component to the ride vehicles that would definitely make the ride more complicated (especially since you would have to reveal it after the ride starts). It is certainly possible with Disney magic, but it would be challenging.

The addition of the banshee’s head is definitely a long shot wish list item for Avatar: Flight of Passage, but if Disney ever finds a way to solve this little detail, it would definitely make the ride even more immersive than it already is.

2. Pirates of the Caribbean – Black sails 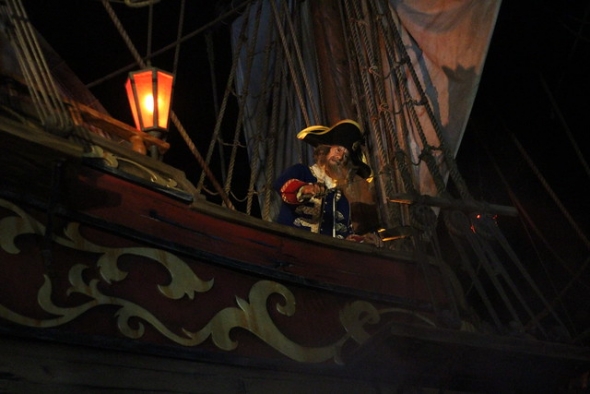 One of the most significant refurbishments to the ride came with the unforeseen success of the Pirates of the Caribbean film series, starting with Curse of the Black Pearl. Captains Jack and Barbossa were both added into the attraction’s storyline, with one of the ride’s biggest reveals being Barbossa captaining the massive pirate ship in the battle scene. The additions looked great, with one little exception.

This detail isn’t as noticeable as the film series has aged. After all, Barbossa isn’t always the captain of The Black Pearl. However, The Pearl is definitely the most famous ship in the series, almost a character unto itself. If you’re going to run with marketability (more on that later), making the ship in the iconic battle scene The Black Pearl would make for a great cinematic moment. The change would be as simple as putting black sails on the ship and maybe adjusting some paint and lighting, and we’re honestly surprised Disney never decided to try this. Once again, it’s not a deal breaker, but it certainly would have been cool to see The Pearl in all her glory. 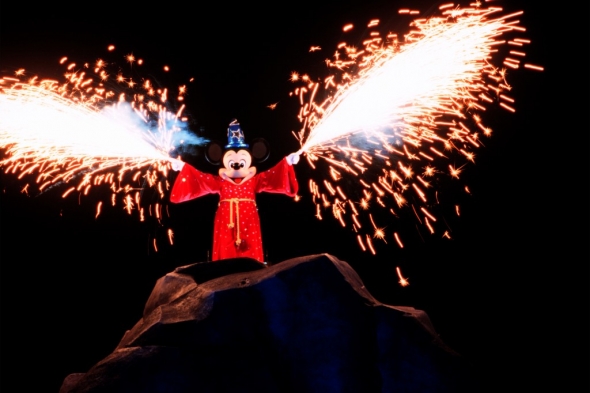 We did a pretty in-depth exploration into the differences between Walt Disney World and Disneyland’s versions of Fantasmic—particularly why it seems like Disneyland’s version has always been so much better. While rumors are on the rise that Walt Disney World’s Fantasmic is likely to receive an update soon, there is one little detail that could improve the show without a full refurbishment.

Our biggest complaints about Fantasmic were areas where it felt like the Florida show cut corners rather than incorporating some of the high energy scenes and effects from Disneyland’s original version. This problem is most apparent in the show’s bubble montage, a lengthy segment where Disney’s most popular characters appear in bubbles projected on the water screen. It’s a particularly dull moment in the show, one that feels like a cop out meant to push as many IP’s as possible without much creativity or effort.

To add a bit of energy into the show, it would be fairly straightforward to replace the bubble montage with a version of the “Pink Elephants on Parade” scene from either Disneyland version. This fan-favorite segment is undeniably catchy and gives audiences a great taste of what Disney can do with Fantasmic’s insane light and color effects. It fits pretty seamlessly with the jungle sequence, and it could still lead to parts of the bubble sequence (shortened) once Mickey ends up underwater. This alone would help keep the energy moving and improve Walt Disney World’s Fantasmic for some viewers.