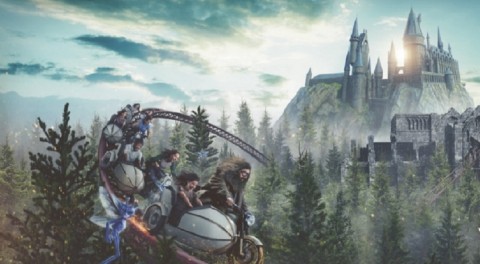 One of my favorite intellectual properties (IPs) in Orlando is Dr. Seuss. Every theme park should host a slew of family-friendly attractions. And who's better for that than the good doctor?

While the Dr. Seuss attractions at Islands of Adventure are admittedly just okay, I still would have felt guilty to exclude them all. Besides, a dark ride based on The Cat in the Hat is something that the world will always need. I'm not saying it's perfect – honestly, I almost picked The High in the Sky Seuss Trolley Train Ride! – but The Cat in the Hat brings joy into the hearts of children.

Even though I'm a Disney diehard, I've never been a Kali River Rapids fan. For my money, the best river rafting ride in Orlando is this one. This one goes fast while still providing quite a bit of comic relief.

During your journey, you'll see Bluto tormenting Olive Oyl. The Popeye theme adds a lot for sure, but it's the sure sheer volume of wetness that elevates this attraction for me. When I willingly board a barge, I expect to get soaked. On Popeye & Bluto's Bilge-Rat Barges, it's impossible for anything else to happen.

Universal Studios Hollywood recently received a new version of this attraction, one themed to Jurassic World. Alas, the original Jurassic Park ride is the one you'll find at Islands of Adventure. And let's be honest that it's a bit past its prime.

Even so, this water ride remains the biggest adrenaline rush of its kind at Universal Studios Resort. Guests first encounter gentle dinosaurs playing in the water before the situation takes a turn. Alarms trigger, indicating that the bad kind of dinosaurs are now in control of Isla Nubar. And you know the rest.

Jurassic Park: The Ride has stood out as a comfortable source of family entertainment for more than 20 years now. It's just not the best Jurassic ride these days.

Yes, listing Hogwarts Express is a cheat. It's a part of Islands of Adventure and Universal Studios Florida, making it a 50/50 proposition. I cannot in good faith exclude one of the best parts of a visit to The Wizarding World of Harry Potter.

The train trip through the Potterverse is like a modern-day version of the monorail. Once, Disney delivered a unique form of theme park transportation. Today, Islands of Adventure displays an immersive Harry Potter short film while you ride a train between the parks. The level of detail is spectacular, and I adore that both legs of the trip tell different stories.