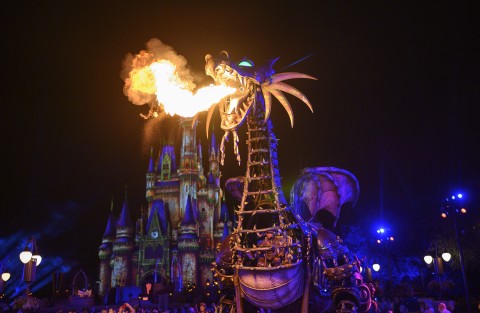 Disney parks fans can be a passionate group. We all share one important thing in common— love for the Most Magical Place on Earth. However, that doesn’t necessarily mean we agree on all things pertaining to Disney. Indeed, there are a number of subjects that can quickly work fans into a hot lather of disagreement.

We love talking about lighthearted, fun subjects here at Theme Park Tourist—things like crazy hacks to beat the heat on your next trip or pondering all the magical things we think about when we aren’t at Walt Disney World. This is not one of those pieces. This is an exploration of some of the biggest controversies Disney parks fans can't agree on, to the point they elicit strong emotions in no time flat. These aren’t all cut and dry issues either—in most cases, both sides might have very good points why they’re right. Curious, yet? Here are the top six topics Disney parks fans consistently have ZERO CHILL about. 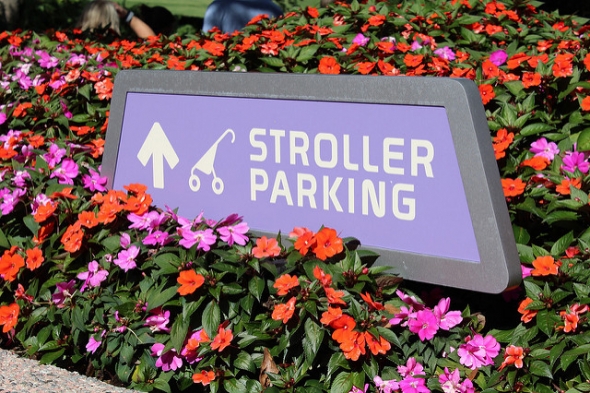 There are few issues that set Disney parks fans off more quickly than horror stories involving strollers and scooters. We usually picture that one crazed parent who decides to use their child’s stroller as battering ram through Pandora or that little old lady on a scooter who sets her jaw and decides to go full Fury Road down Main Street, no matter who is in the way. While many Disney parks visitors have experienced this scenario, stroller and scooter shenanigans are actually a pretty complex issue, one that actually has proven a sore spot for visitors on both sides of the spectrum.

On one hand, no one likes being rammed, cut off, or chased by a stroller or scooter. Let’s face it—there are some Disney parks visitors who are either outright inconsiderate or who might be a few pineapples short of a Dole Whip. Stories abound, even among our readers, of guests who have been injured or had their kids nearly injured by stroller/scooter encounters that turned bad. In less sketchy situations, most Disney regulars have experienced the rite of passage that is having a stroller aggressively shoved into your path in the midst of a Disney crowd. The issue is such a longstanding one that ahead of the opening of Star Wars: Galaxy’s Edge, Disney banned stroller wagons and extra large double wide strollers (skinner double strollers are still good to go).

There’s another side to the story though: maneuvering a stroller or scooter through Disney parks crowds is extremely difficult for parents and for those who need mobility aids like scooters. The amount of patience, dexterity, and fortitude required for flustered parents with small children in strollers is the stuff of racing game champions. Most parents with strollers and scooter drivers are just trying to enjoy their Disney day without inconveniencing anyone. Unfortunately, theme parks are crazy places, and it’s hard not to inevitably get in someone’s way with something as big as a stroller or scooter. A common issue parents or scooter drivers run into is people stopping suddenly in front of their cart, then expecting the parent or driver to be able to magically stop in time. It never ends well. Especially if little ones are getting moody from a long day, this repetition can drive even the most stalwart parents to their last nerve.

There’s no perfect solution to the problem expect one we emphasize often here at Theme Park Tourist: be patient with your fellow guests and do your best to be courteous. Visitors without kids can make way for parents with strollers who are having trouble getting through a crowd. Stroller or scooter drivers can do their best to stay aware of other guests and be patient with the slower pace. Either way, realize goof ups will happen, and just do your best to have grace for your fellow guests—and just laugh it off and make way when Grandma Furiosa comes barreling through. 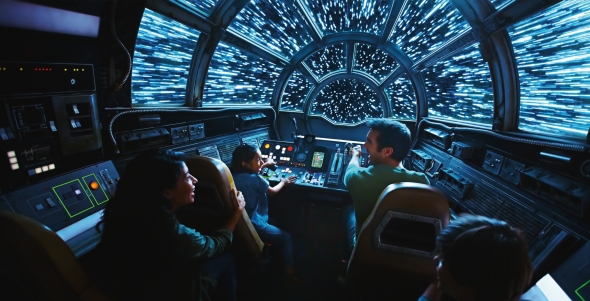 Thrill rides and family attractions shouldn’t be mutually exclusive—after all, Walt Disney World is staggeringly successful because it appeals to many audiences. However, whenever Disney announces plans for a new ride, the debate rages anew: should Disney focus on developing thrill rides or family attractions?

On one hand, Walt Disney World and Disneyland are family destinations. While this includes families of all sizes and varieties, there’s no doubt that kids are one of Disney’s most crucial audiences. Kids want to be able to experience as much as possible when they visit Disney parks, and it’s never fun when parents have to explain to a little one why a new attraction isn’t available to them due to height restrictions or scary content. New thrill rides add nothing to their trips, so every new family attraction is a win (like the upcoming Mickey and Minnie’s Runaway Railroad at Disney’s Hollywood Studios).

On the flip side, adults who visit Disney as well as families with teens or older children tend to love thrill rides. Walt Disney World has some great thrill rides in each of its four parks, but they struggle to compete with thrill-saturated parks like Universal Orlando Resort and Busch Gardens Tampa in appealing to the teen and young adult demographic. Small children don’t stay small forever, and when they grow up, Dumbo and It’s a Small World don’t hold the same appeal. If Disney wants to keep those families, they need a good selection of thrill rides in each park. We are entering into a particularly appealing season for this demographic with the opening of Star Wars: Galaxy’s Edge, the Guardians of the Galaxy coaster at Epcot, and TRON Lightcycle Power Run at Magic Kingdom.

Fans will continue to have different ride preferences, which is fine. Those often change over time as our families grow and transform. The good thing is that Disney has done a pretty good job not backing themselves into either corner. Attractions like like Avatar: Flight of Passage, Soarin’, and Star Tours might be considered thrill rides by some, but they hold awesome appeal to children as well (once they meet the height restriction). New developments like Star Wars: Galaxy’s Edge are being designed with kids, teens, and adults in mind, with content for all three groups. While Disney may sway one direction or another during some seasons of development, in the long term, they are keeping a good balance between introducing family attractions and new thrills for older audiences.