The Most Underrated Disney Snacks You (Probably) Haven't Tried 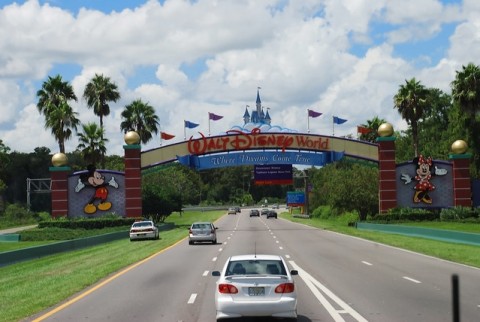 When you plan a trip to Walt Disney World, one of the first things you’ll hear is that you just have to try the food. Some items that Disney prepares have become downright legendary in their own right, with gift shops selling souvenirs shaped like the delicious goodies.

But while the Dole Whip, Mickey Pretzel, and Mickey Premium Ice Cream Bar are iconic and incredible, there are hundreds of amazing Disney snacks that still somehow fly under the radar.

Here are just a few of those underrated Disney treats, which can be found in the parks and around the resorts on property. 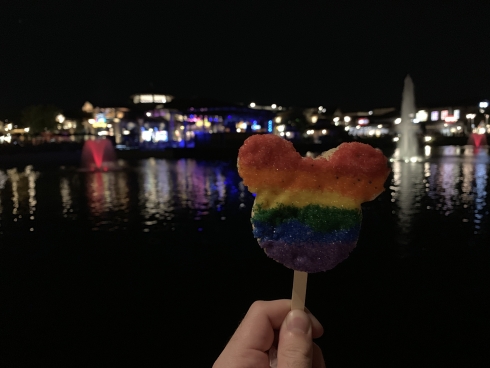 As we all know, every food can be improved simply by forming that food into the shape of Mickey Mouse. That is the trick Mickey Waffles have pulled to make us think they’re just that much better than the regular dish.

One such example of this is the Mickey-shaped Rice Crispy Treat — itself, a delicious version of the standard snack. But, what elevates this particular treat beyond its fellow Mickey-shaped brethren is the addition of a chocolate dip on one side, complete with festive sprinkles.

For some reason, Disney’s Rice Crispy Treats are absolutely delicious — and they taste uniquely good when compared to similar fare at other bakeries. And, on top of that, the Goofy’s Candy Company location at Disney Springs lets you customize your order however you want, picking the type of chocolate, sprinkles, and other elements as you order. 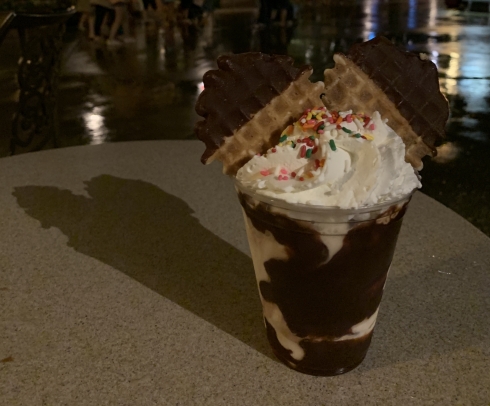 There are many places on Disney property to get ice cream. After all, when you’re on vacation, there’s nothing better than enjoying the sweet stuff once, twice, or even three times a day.

Some of those places, like Beaches and Cream, are iconic in the hearts of Disney fans. Others, like Ample Hills Creamery, are newfound classics that provide delicious dessert.

For some reason, the Ghirardelli Chocolate shop in Disney Springs has never quite garnered the cult following that other Disney ice cream locations have found. It doesn’t really make sense, either — the hot fudge and delicious sundaes are legendary unto themselves.

Get anything with chocolate here — whether it’s chocolate ice cream, chocolate chip cookies, or hot fudge — and you’ll make sure you come back for seconds (or thirds). 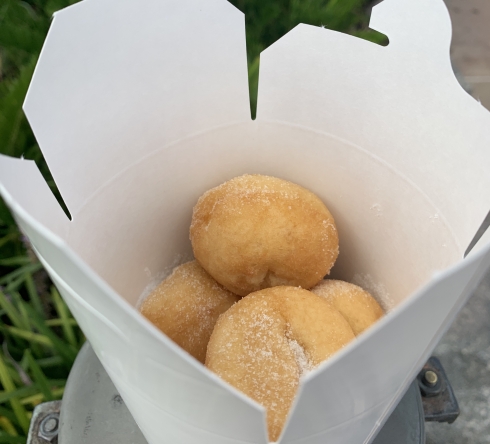 But what might make it most special is the delicious mini donuts on hand — made to order with vanilla and cinnamon dusting on top.

You’re welcome to buy dipping sauces for the donuts as well, but it’s not necessary to truly enjoy the sweet deliciousness. Even on a hot day, the fried dough is a tasty and welcome treat — without the lines you normally associate with hip Disney snacks. 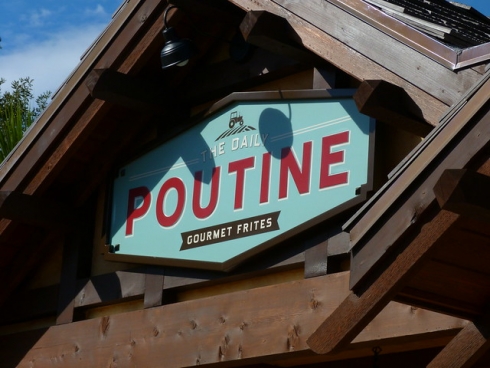 Although it’s one of the newest entrants into the Disney food canon, the Daily Poutine has been a hit for its entire life.

Located in a perfect spot just outside the World of Disney store, the Daily Poutine offers up several iterations of the classic Canadian dish, including a fantastic Italian version. But, the traditional gravy-and-cheese curds edition is truly the way to go — offering an international flair at a shockingly reasonable price point.

Disney Springs has quietly become the culinary heart of Walt Disney World, and after a stop at the Daily Poutine, that heart might just be a bit more clogged (in a good way, we promise).