Hate the Heat? You NEED These 10 Unusual Hacks to Cool Down at Walt Disney World 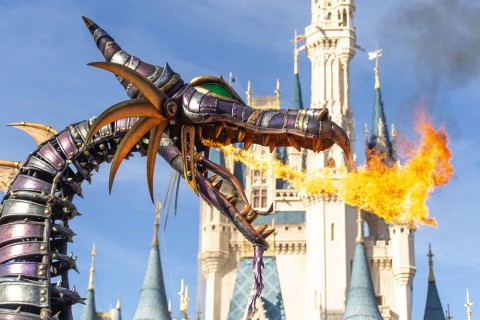 Some days, Florida can feel like the inside of the Mad Hatter’s tea kettle...

Summers at Walt Disney World are no joke. Crowds move at sludge speed, tempers boil, Mickey Ice Cream bars melt, and children morph into boneless cephalopods incapable of walking even-one-more-step lest they liquefy into sugary puddles under the cruel sun. Most Disney regulars are aware of the most popular hacks for beating the heat at Walt Disney World—things like staying hydrated, utilizing a cooler fan, taking advantage of free water cups, or chugging a Dole Whip float. Even with all these common tricks, there are still times that the heat at Walt Disney World can leave guests feeling like the Seven Seas Lagoon has somehow transformed into the Evil Queen’s cauldron.

We’re big fans of lifehacks here at Theme Park Tourist, and when it comes to conquering the heat at Walt Disney World, every tactic, no matter how unorthodox, can make a big difference. If the relentless Florida sun is ruining your vacation, you might just need to think out of the box to reclaim your cool. Many of these suggestions can be used anywhere, but a few are specific to Walt Disney World.

Here are ten of our favorite less-well-known hacks to cool down on a sweltering Disney day.

1. Cool your neck with Sea Breeze 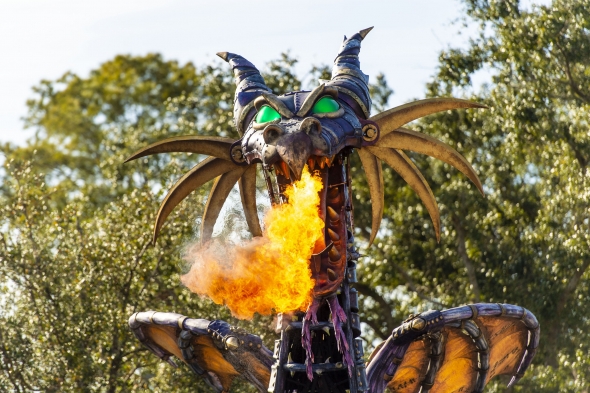 Applying a cool, wet towel or bandana to your neck on a hot day is a pretty well-known theme park hack. The problem with this common trick is that, especially in Florida, the cooling effect doesn’t last long before the towel just glues to your neck in a hot, sweaty mess.

Sea Breeze is an astringent you can pick up at just about any convenience store. Instead of simply soaking your towel or bandana in ice water, add a little Sea Breeze to your soaking mixture. The menthol and other cooling agents in the astringent make the towel feel way cooler than a normal ice water towel. We used this hack in the film industry to help cool down crews and cast who had to work long days under direct sunlight, and apparently the trick is also used commonly by crews in ultra-hot cities like Dubai.

To make this hack more Disney friendly, fill up a small travel bottle with Sea Breeze and put it in your Disney day survival kit. You could probably even use a pair of contact lens cases to save more space. You can either request a cup of ice water to provide a potential place to soak your bandana or bring a Ziploc bag with you that you can dump the ice, water, and Sea Breeze into then swish things around. Pretty cool! 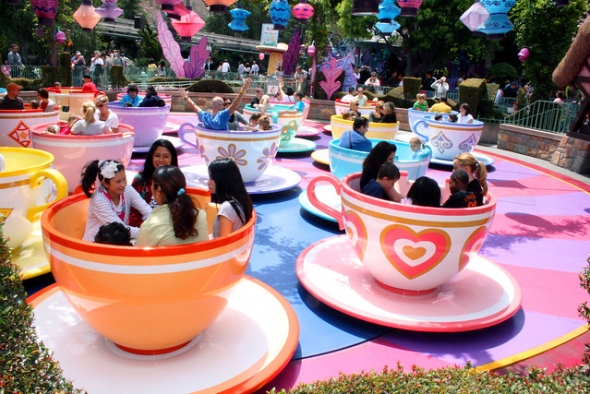 Getting free ice water at Walt Disney World counter service booths and restaurants isn’t really a hack. Theme parks have to make free water available to guests-- it’s just common sense. The problem with the free water at Walt Disney World is that most of the time, the cups Disney gives guests are tiny—like child sized. You need like three just to start to rehydrate, and then you have to spend your trip searching for locations with a soda fountain just to keep that water coming. Sometimes cast members will be extra nice and give you a large cup, but that’s usually not the case.

If you happen to be eating at a table service restaurant during your visit, there is a very easy workaround to upgrade from those annoying mini-cups. At the end of any meal at a Disney table service restaurant, always request a drink to go. If you were drinking soda or tea during your meal, you can get that, but the caffeine in soda and tea contributes to dehydration. Instead, ask for a big ice water to go. They can even throw in some lemon if you like. The to-go cups are much larger than those offered by counter-service vendors, and you can usually refill it either at water fountains or at counter-service booths.