Every Method of Transportation on Walt Disney World Property, Ranked 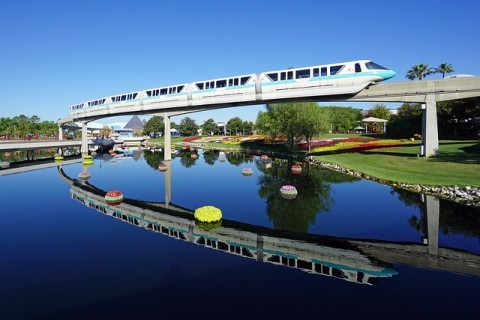 One of the simplest pleasures of a Walt Disney World vacation is waking up in the morning and going for a stroll around your resort’s grounds. It’s a great way to fill the lungs with fresh air, bathe in the anticipation of the day to come, and wake the body up with a cup of coffee and gorgeous scenery.

Of course, at some point, you actually need to head to the parks — which happens to be something you can’t do on foot. That’s where Walt Disney World’s transit infrastructure comes in.

Considering the property is roughly the size of a large city, navigating Walt Disney World can be daunting to some. The company has made it easier by providing a plethora of free transportation options to guests, but not all methods of transit are created equal.

What follows is every single method of transportation on Walt Disney World property, ranked. But first, a few clarifications:

By our definitions, a transportation method must convey guests to a meaningfully new place — so, for example, the Tomorrowland Transit Authority is out while the Walt Disney World Railroad is in. Relatedly, the Main Street USA vehicles don’t count, because they only move guests from one end of Main Street USA to the other. Same with the Amphicars at Disney Springs, which just take guests on a single circuit. 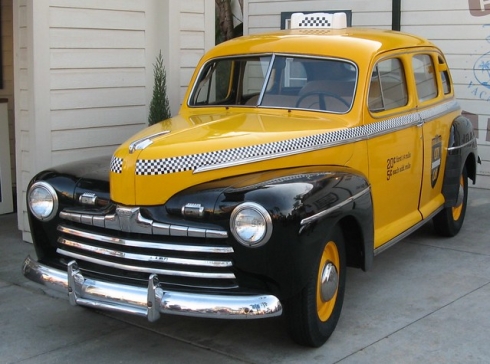 Walt Disney World is largely about creating magical moments that cannot happen anywhere else. The company’s obsession with theming, cast member training, ambiance, and design evinces a sense of wonder and specificity that keeps guests coming back again and again.

The exact opposite of that, of course, is the standard taxi cab.

Adorned with advertisements for local restaurants, the expensive cabs can be seen near most Disney resorts — and, most prominently, at major off-site destinations like outlet malls and shopping centers. Cramming a family of four into the back of one and then paying an exorbitant price for the privilege makes this mode of transit dead last. There’s not much redeeming about a trip in a cab. 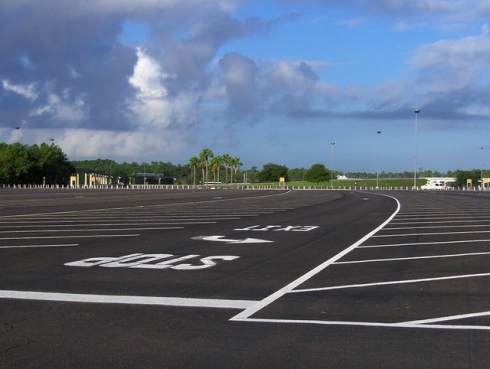 Obviously, your personal car can be anything from a 25-year-old sedan to a ultra-modern luxury car. Nevertheless, Walt Disney World isn’t really meant to be traversed in your own vehicle.

For starters, parking at the parks always presents a bit of a hassle as you have to remember where you parked at the end of the day. And, if you park hop, you’ll have to make sure to return to that park when your day is finished.

Additionally, Walt Disney World can be confusing to navigate for first-timers and, as such, it can be slightly dangerous to drive within the grounds. Add to that a terrible carbon footprint, and personal vehicles really are just not a great way to explore the resort — even if they do shave off a few minutes of travel time per leg. 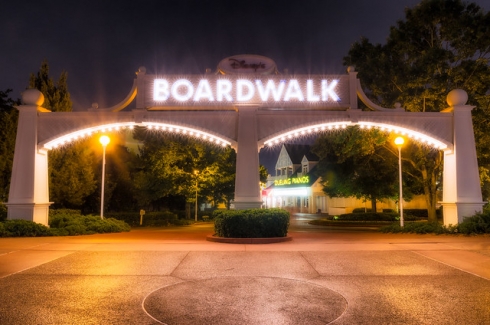 Apps like Uber and Lyft offer many of the perks of personal car usage but without some of the biggest drawbacks. You don’t have to wait for a bus to come, and you don’t have to stop at another resort before heading to your destination. They’re also far cheaper than taxis for the most part, and they’re easier to hail at a moment’s notice.

There are, of course, drawbacks — most notably the fact that passenger drop-offs can only happen at the Transportation and Ticket Center for guests traveling to the Magic Kingdom. And, several one-day car rides will likely equal the cost of a day’s parking on-site. Still, having local drivers who know the roads and how to drive them safely — some of whom are off-duty cast members — can outweigh that cost.