4 Reasons You Need to Visit Disney California Adventure This Summer 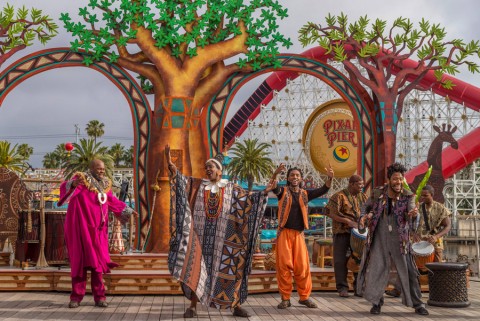 Few theme parks have undergone such radical reimagining as Disney California Adventure Park. When it first opened its teal turnstiles in 2001, guests were treated to a unified, if bland theme of West Coast kitsch, including a soap opera bistro and the short-lived Superstar Limo (feat. odd caricatures of Drew Carey and Regis Philbin, among other celebrities). Now, nearly two decades later, the park is a fusion of wildly different franchises and eras: Buena Vista’s classic 1920s Southern California architecture; Hollywood Land’s combo of Golden Age history crossed with Monsters Inc., Frozen, and Marvel lore; Cars Land and Pixar Pier’s devotion to all things, well, Pixar; Pacific Wharf’s homage to Cannery Row eateries; Paradise Gardens Park’s beachside feel; and Grizzly Peak’s nod to the infrastructure and landscape of the state’s national parks. And, in 2020, Disney will expand the area between Hollywood Land and Cars Land with more superhero-themed attractions as it builds out a proper Marvel-themed land.

Disney California Adventure has long since strayed from the cohesive vision that drove its development during the early 2000s, but its disparate parts make up a very entertaining, family-friendly whole. While its sister park has gotten the lion’s share of attention over the last year, especially with the celebrated expansion of Star Wars: Galaxy’s Edge, Disney California Adventure has also upped the ante in order to attract its share of guests. Here are just a few of the ways it’s plussed its own guest experience—and why you should give it a second look during your next visit to Anaheim.

1. Inside Out Emotional Whirlwind 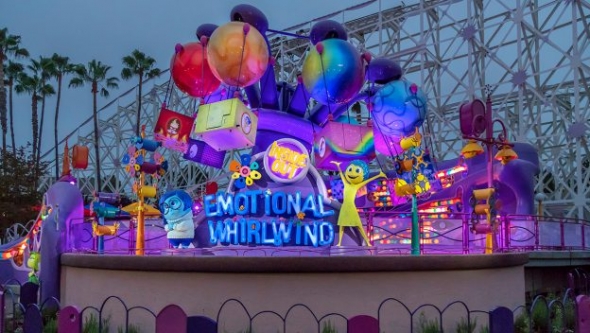 One of the longest holdovers from the park’s initial theming, Paradise Pier received its highly-anticipated overhaul in the spring of 2018. While not nearly as innovative or expansive as Toy Story Land—a Toy Story-themed area with footholds in Paris’ Walt Disney Studios Park, Hong Kong Disneyland, Shanghai Disneyland, and Orlando’s Disney’s Hollywood Studios—the newly-renamed Pixar Pier has provided a refreshing update to some of Disney California Adventure’s less-cherished attractions.

One year later, the park premiered its first “new” attractions: Jessie’s Critter Carousel and Inside Out Emotional Whirlwind. Both of the vibrant spinning rides were designed with a slightly younger demographic in mind; the Carousel was a refresh of the park’s original King Triton’s Carousel of the Sea, which sat underneath California Screamin’ (now the Incredicoaster) from 2001 to 2019, while Emotional Whirlwind borrowed the skeleton of Flik’s Flyers, a hanging-balloon spinner ride previously stationed in ‘a bug’s land.’

Anchored by the Incredicoaster’s moderate thrills at one end and Emotional Whirlwind’s colorful nod to Inside Out’s spectrum of anthropomorphized feelings, Pixar Pier has continually proven one of the most popular and enchanting parts of the park over the last year. In much the same way that Cars Land provided an engrossing homage to Pixar’s franchises, its blend of kiddie attractions, family-friendly thrill rides, creative dining options, and Easter egg-laden theming makes it a can’t-miss destination. 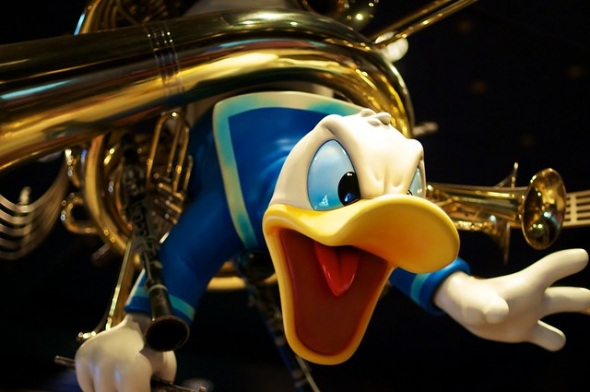 Of the seven lands scattered throughout Disney California Adventure, Hollywood Land is perhaps the strangest. The buildings and overall feel of the land lends itself to a classic interpretation of Hollywood’s Golden Age, but its attractions and characters have spanned everything from the Muppets, Playhouse Disney, and Monsters, Inc. to Aladdin, Frozen, Alice in Wonderland, and an ever-expanding cast of Marvel superheroes and villains.

Even with its rapid turnover rate and conflicting theming, however, the land has played host to some of the most engaging and entertaining attractions in the resort—The Twilight Zone Tower of Terror/Guardians of the Galaxy – Mission: Breakout!, live Aladdin and Frozen shows at the Hyperion Theatre, and Tim Burton-esque Alice in Wonderland dance party included. In April of 2019, they added another crowd-pleaser: Mickey’s PhilharMagic.

Thematically, Mickey’s PhilharMagic may be tied most closely to the nearby Animation Academy building, but it’s a welcome addition even so. A popular, albeit underrated attraction at the Magic Kingdom, Hong Kong Disneyland, Tokyo Disneyland, and Disneyland Paris, the 4D-enhanced film features Donald Duck getting into various shenanigans with Lumiere, Ariel, and Simba after he dons Mickey’s iconic sorcerer cap. The show is cute enough on its own, and offers a relatively short wait time and air-conditioning—both enormous benefits during crowded, 90-degree SoCal summers.