5 Rides That Take Superhero Stories to the Next Level 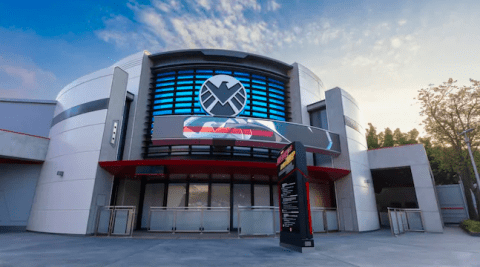 Superhero stories are among those best-suited to the thrills and delights of the modern theme park. Stepping into the thruster-equipped boots of colorful heroes like Spider-Man and Iron Man or crafty villains like the Riddler and the Joker, riders can zip, dive, soar, and fight alongside their favorite childhood characters. Who wouldn’t want to punch through the sound barrier with Superman or pick off Hydra swarm-bots one by one next to Ant-Man and The Wasp?

These days, however, roughly 83 percent of the superhero-themed rides you’ll find across the Disney Parks, Universal Studios, and Six Flags franchises tend toward bare-boned roller coasters and thrill rides—rides that may make you feel as though you’re a spandexed crusader hurtling through the air, but fail to immerse you in the rich backstories of those characters while doing so.

By and large, it’s a missed opportunity to cater to a thriving and expanding comic book fanbase, and one that may be rectified in part when Disney unveils their plans for ‘Marvel lands’ at Disney California Adventure, Disneyland Paris, and Hong Kong Disneyland in the years to come. The rides on this list are the exception rather than the rule in this case, giving us an array of shooting dark rides, motion simulators, and drop towers that manage to strike just the right balance between comic book homage and theme park entertainment.

1. The Amazing Adventures of Spider-Man – Islands of Adventure 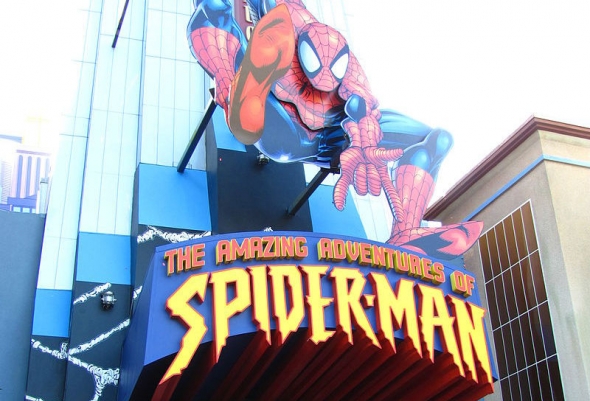 The Amazing Adventures of Spider-Man may not capture the web-slinging superhero perfectly—that is, guests don’t get the thrill of teetering atop skyscrapers or flinging themselves off bridges and rooftops as they move through the city—but in most other respects, it delivers everything one might hope for from a Spider-Man ride.

At the outset of the experience, riders are co-opted by The Daily Bugle and sent out into the field as ‘cub reporters,’ where they soon find themselves tangled in a messy battle against the Sinister Syndicate, comprised of familiar foes like Doctor Octopus, Scream, Electro, Hydro-Man, and the Hobgoblin. The syndicate has filched the Statue of Liberty with some anti-gravity tech and seems to think they can ransom it for control of New York City; to which, of course, Spider-Man and his new posse of reporters are opposed.

Featuring thirteen 30-foot projection screens, practical special effects, and several Stan Lee cameos, it still ranks as the most convincing and immersive piece of Spider-Man lore located at any theme park to date—to say nothing of the thirteen consecutive Golden Ticket Awards it held for Best Indoor Attraction and Best Dark Ride from 1998 to 2010 (eventually supplanted by Islands of Adventure’s Harry Potter and the Forbidden Journey in 2011).