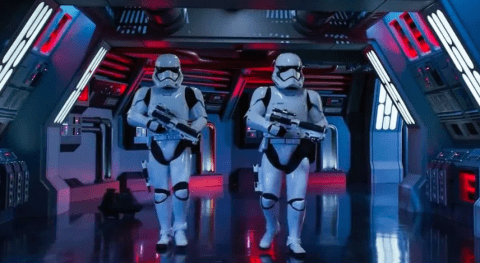 From cartoon carousels to intergalactic adventures; trippy dark rides to adrenaline-packing thrills, 2019 was another banner year for theme parks across the United States. SeaWorld Parks continue their upswing, Cedar Fair parks continue to break coaster records and try their hands at theming, too, and the war wages on between Disney and Universal... the uncontested winner in this year's battle for tourism dollars? You and I.

Here we've collected just a few of the big debuts we've seen this year, and the most anticipated rides yet to come in 2019. Is this the biggest year for theme parks yet? We'll let you be the judge...

Never one to let a stale intellectual property stay past its usefulness, Universal Studios Hollywood shuttered the fabled Jurassic Park: The Ride last year. Fans waited over the winter months with baited breath as the attraction took on the sleeker silver and blue stylings of the newer (and for today's youth, much cooler) Jurassic World series.

It's fair to say that Jurassic World: The Ride – which surprise opened on July 12 – is a brand new adventure. Yes, screens do make an appearance, but they're appropriately and impressively used. More importantly, new Audio Animatronics nearly give Disney's best a run for their money, introducing Blue the Velociraptor and the terrifying Indominus Rex to the ride. Though insiders say the final product will have a few more tricks up its sleeves, guests have been queuing hours to see to get splashed by the mosasaurus and have been raving about the results. 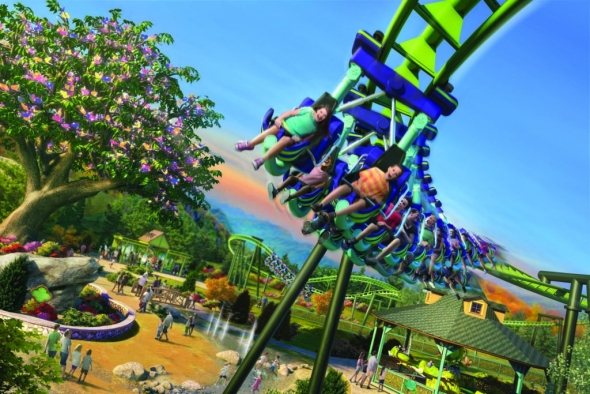 There's no park on Earth quite like Dollywood! Nestled into the foothills of the Great Smoky Mountains in Pigeon Forge, Tennessee, the spectacular park celebrates the life of singer-songwriter Dolly Parton and the people and stories of her "Tennessee Mountain Home." New for 2019 is Wildwood Grove, a new "land" based on Dolly's imaginative childhood memories of playing in the great outdoors. 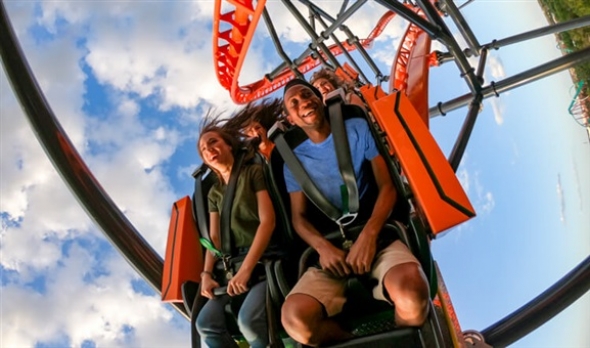 A "Skyrocket II" model steel launching coaster from U.S. manufacturer Premier Rides, Tigris is one of three identical siblings at SeaWorld Parks across the country (with SeaWorld San Diego's Electric Eel and Busch Gardens Williamsburg's Tempesto being clones). Perhaps the most appropriately named of the three, Tigris roars foward and backward, finally blasting to its top speed of 60mph to the coaster's 150-foot height. From there, a slow-motion heartline rolls hangs guests high over the park before thundering through a non-inverting loop finale. Short but oh-so-sweet, the ride is unassuming, but may be among the park's wildest.

4. Jessie's Critter Carousel and Inside Out Emotional Whirlwind 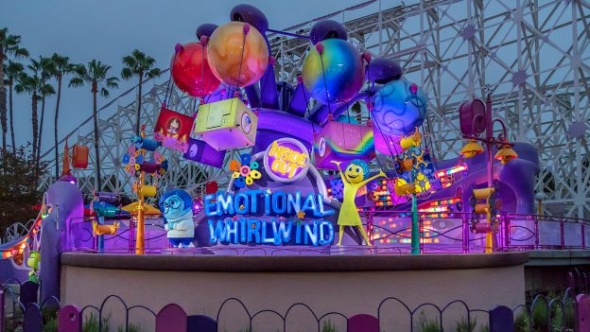 A year out from celebrating its "grand opening" (with a $300 hard ticketed event, mind you) the divisive Pixar Pier at Disney California Adventure is finally complete thanks to the opening of its last two attractions. Jessie's Critter Carousel is a cartoon overlay to the park's opening day original seaside carousel, while the Inside Out Emotional Whirlwind is a small family flat ride – the only ride salvaged from the park's closed "a bug's land" – redressed to resemble the beloved and emotional Pixar film.

Does Inside Out deserve more than a spinning carnival ride? We'll let you be the judge. In any case, the two flat rides join Toy Story Midway Mania, the Mickey-faced Pixar Pal-a-Round Ferris wheel, and last year's Incredicoaster as the land's ride highlights.