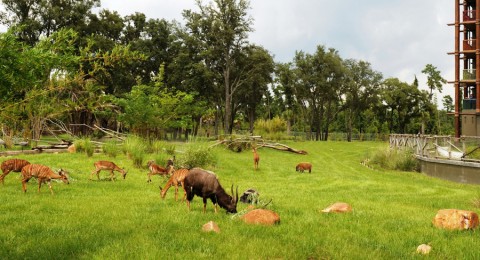 Due to my jobs over the years, I have a lot of friends across the world. Since we can’t always visit each other in our hometowns, we sometimes do theme park meetups. Over the years, I’ve learned some of the best and worst places to find a friend in Orlando, and I want to save you from some of my horrendous mistakes. Here are some of the best meetup and hangout spots in Orlando. Image: DisneyOne of the rules I have for this article is that I must select at least one place from every park plus Disney Springs and a resort. The thought process here is that you’re most likely to meet up with someone inside a park or at a free location nearby that doesn’t require admission tickets.

Under these criteria, I actually have the hardest time with Disney’s Hollywood Studios. Due to the intimate nature of this park, it doesn’t have that one spot where everyone knows to meet. The Chinese Theatre area can get too crowded, and BaseLine Tap House is now the place where everyone waits to enter Star Wars: Galaxy’s Edge. So, it’s out.

Historically, I’ve favored the area to the right of Twilight Zone Tower of Terror. Tower Hotel Gifts is a charming place to shop, and it's easy to find. Alas, it's also the end of that side of the park, which makes it a lot of excess walking. Image: DisneyThe place that I’m suggesting is a similar situation, but it works better in my experience. Backlot Express provides a ton of seating, almost all of which is covered. You can escape the heat while waiting for your party.

While you do have to the far left/west of the park to get here, there’s plenty more to do once you’ve found your friends. Indiana Jones Epic Stunt Spectacular, Jedi Training: Trials of the Temple, Celebrity Spotlight, and Star Tours are all close. So, you can hang out in the shade and then pick a fun group activity in the surrounding area.

The dinosaur at DINOSAUR 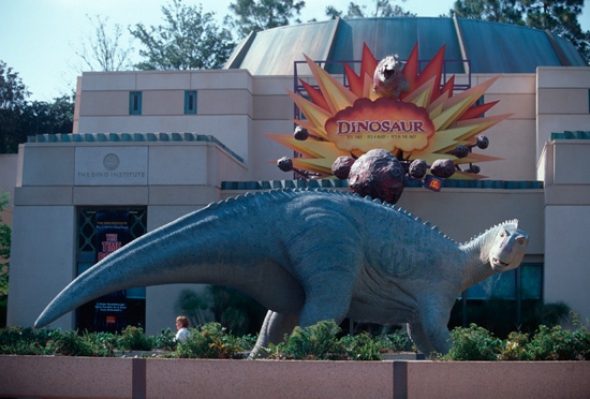 Image: DisneyI have a young friend named Luna, who once met me at the giant dinosaur near the entrance to the DINOSAUR attraction. While I'm told that Luna doesn't remember me, it was her first time riding DINOSAUR, something that I will remind her about in later years.

Her mother, who happens to be the content editor at Theme Park Tourist, chose that place for a simple reason. Everyone can find that dinosaur, even if they’re unfamiliar with Disney’s Animal Kingdom. Better yet, the walk from the entrance of Animal Kingdom to this part of DinoLand U.S.A. is manageable, which isn’t true of other options at this spacious theme park.

You need to pick spots like this one that are easy to locate and don’t require maximum effort to reach via walking. Otherwise, everyone will be grumpy by the time they meet up.

Image: DisneyI’m listing three hotel resorts here and two lobbies. My thought process is that some members of your party won’t have admission tickets. As frequent guests know, official resorts are nearly as magical as the theme parks, though.

Perhaps the best example of this is the lobby at Disney’s Animal Kingdom Lodge – Jambo House. This place is majestic in structure, yet it has ample seating for large parties. Couches and chairs are seemingly everywhere, making it a tranquil hangout spot.

When people get bored, entertainment is only a few steps away. Just outside the lobby is an animal preserve where zebras, giraffes, and gazelles frolic merrily. It’s like experiencing the best part of Disney’s Animal Kingdom without paying for the price of admission.

PS: Should you get hungry, The Mara is a wonderful Quick Service restaurant, while Boma is among the finest buffets at Walt Disney World. 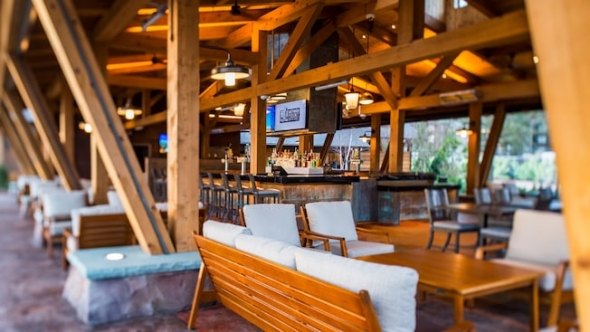 Image: DisneyI’ve chosen locations at a pair of Disney resorts as great hangout/meetup spots. I’ve intentionally picked ones close to Magic Kingdom since it’s the most trafficked theme park at Walt Disney World. Seemingly all roads lead to this park, and the transportation to and from this place is convenient.

To reach Disney’s Wilderness Lodge, you can take either a bus or a boat from the park. When you reach the resort, you’ll find Geyser Point near Bay Lake. It’s a relatively new restaurant and bar constructed as part of the Copper Creek Disney Vacation Club expansion.

I recommend spending time with friends here for three reasons. The first part is the view. You’re right by the lake, and the panoramic setting is a glorious combination of rustic and serene. Image: DisneyThe second advantage is that the place is nature-proofed. It's an outdoor restaurant most of the time. During inclement weather, cast members lower the walls and turn the site into an indoor location. Think of it like a retractable roof domed stadium.

And the final reason is the price. Geyser Point is a Quick Service restaurant with a Table Service type of menu. The flavors are eclectic and robust, with several daring menu items available. Every entrée is less than $20, though. It’s an affordable place to eat, drink, and be merry with friends. The restaurant even has televisions where you can watch sporting events.