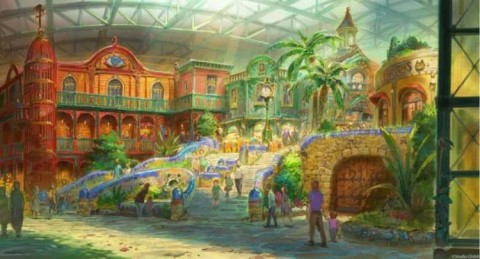 The initial park opening has been set for an as-yet unpublicized date in fall 2022, but there’s no doubt that it’ll be a huge hit with the studio’s devotees. According to reports, plans have been made for three major areas to be unveiled in 2022: Youth Hill, inspired by Howl’s Moving Castle, Dondoko Forest, inspired by My Neighbor Totoro, and a Great Ghibli Warehouse featuring designs and characters from numerous feature films.

Future plans include at least two more areas set to premiere in 2023: Mononoke Village, from Princess Mononoke, and Valley of the Witch, which will incorporate elements from both Howl’s Moving Castle and Kiki’s Delivery Service. Specific plans for restaurants, retail opportunities, and attractions have not been made public at this time, though the Hollywood Reporter revealed that no roller coasters or “ride-type attractions” appear to be in the works.

Instead, as might be expected, the studio will focus on building around the natural elements of the land in an attempt to showcase and preserve the native flora and fauna. It’s the kind of philosophy that rests comfortably atop many of Studio Ghibli’s films, albeit one that doesn’t necessarily lend itself to the stereotypical thrills and chills of a Western-based theme park.

Still, it’s fun to speculate on the nature of the sights, sounds, and stories we might find at Ghibli Park in two years’ time. Is it possible to craft a full, 500-acre theme park “without cutting down a single tree”? What would that look like? And what shows, character meet-and-greets, dining options, and other experiences might be crafted in place of rides? Here are a few ideas of what the park’s first guests may find…

Flying broomsticks in the Valley of the Witch 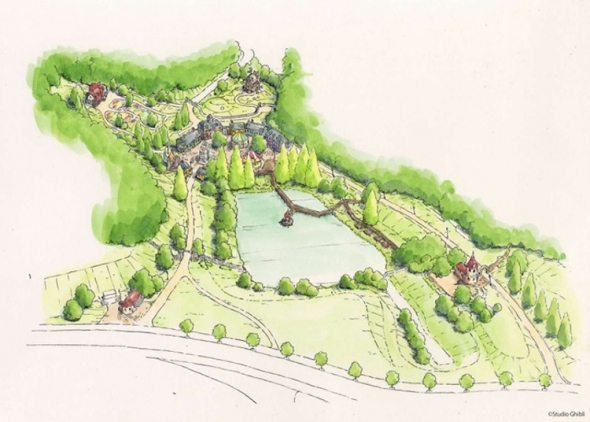 The Valley of the Witch promises to deliver whimsy in spades, as it pulls elements from two of the studio’s more colorful and, at least in the case of Kiki’s Delivery Service, upbeat stories. The concept art seems to hint at a children’s spinning teacup ride, as well as a recreation of Kiki’s home and, in the distance, Howl’s eclectic home, too.

Should the studio decide to incorporate additional compact rides (versus, say, something as sizable and sprawling as a roller coaster) in the area, they might use Disneyland’s Astro Orbitor as a model for a Kiki’s Delivery Service-inspired rocket-spinner attraction. Young riders could choose to be suspended atop Kiki’s enchanted broomstick or a modified version of Tombo’s famous propeller-thrust bicycle as they whirl through the air, surveying the tops of the pastel-colored buildings nestled throughout the valley.