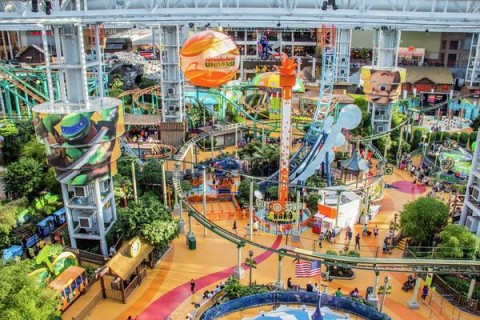 Every part of the United States is teeming with theme parks. California and Florida don’t have a mortal lock on the industry…far from it! In truth, many of the best parks in the country are far away from the coasts. We’ll prove it in this article. Here are the best eight theme parks in the Midwest, several of which have remarkable historical significance. 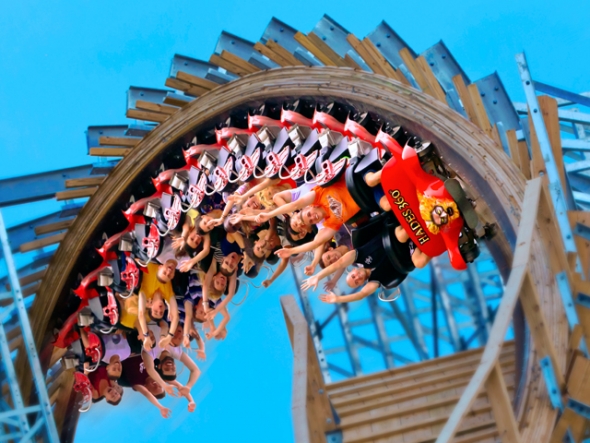 Image: Mt. OlympusIf I'm being honest – and honesty is the best policy – this list is exceedingly top heavy. The top five entries all deserve placement on any 'best of' list. The other three I'm adding fall into the category of, "they're about the same, and I couldn't decide which one(s) to exclude."

Mt. Olympus deserves a mention as a means of explanation. The Wisconsin Dells area is the water park capital of North America. I debated whether I should mention anything from there since it's a different type of themed entertainment. I settled on picking the most popular hybrid park,

This place is precisely the kind that I would have loved as a kid. It combines a bunch of waterslides with a handful of thoroughly enjoyable roller coasters and even some go-kart tracks. It's a retro-style multi-purpose children's entertainment center with a lot to offer unassuming guests.

Image: Nickelodeon UniverseThe curiosity of this list is Nickelodeon Universe, a theme park that somehow resides inside a mall. Yes, the comically disproportionate Mall of America in Bloomington, Minnesota, decided it wasn’t over the top enough. Someone believed that the logical progression was to add a few roller coasters. Hey, it was the early 1990s. Excess was in.

While Nickelodeon Universe sounds like overcompensation from some mall executive, the park is actually quite charming. It once had a Peanuts theme, but then the place changed to Nickelodeon soon after losing Snoopy and the gang. The new theme is present on several child-friendly attractions like Fairly Odd Coaster, Avatar Airbender, and SpongeBob SquarePants Rock Bottom Plunge. While none of the rides is going to get included on any “Best in the World” list, the novelty of going to a mall to ride a roller coaster never gets old.