8 Luxurious Hotels Worth Spending Your Money On (That Aren't Owned by Disney!) 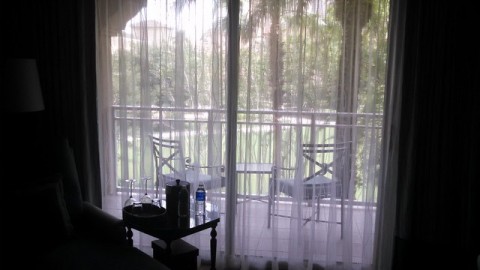 When you consider a visit to Central Florida, it’s only natural to assume your options are either to splurge for luxurious accommodations on Disney or Universal property, or to tighten the wallet and stay off-property somewhere a bit more cost-conscious.

But, believe it or not, there is another option: Luxury hotels that aren’t owned or operated by Disney/Universal.

I know, it might feel silly to spend a lot of money on your lodging without either the benefits of an on-property stay or the “Disney Bubble” feeling we all love so much. But, often, you can find something truly extraordinary in the Orlando area for a cost that is more in line with Disney’s moderate options.

If you’re a luxury traveler, or if you don’t have kids who need that Disney-style stimulation 24/7, consider staying at one of these extraordinary non-Disney luxury hotels.

The Swan and Dolphin 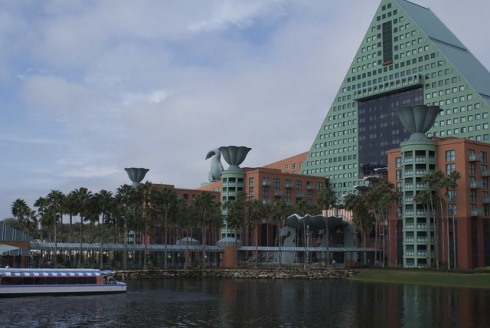 We’ll start with the obvious here: Yes, The Swan and Dolphin are “official” Disney resort hotels. They have all the same perks as Disney’s own resorts, they have full Disney bus transportation, and they have essentially all privileges except for those pesky MagicBands.

But that’s where the “official-ness” stops. These are full-on luxury hotels run by Marriott and Starwood — with all of the same touches you’d associate with those brands. There are spas, dozens of restaurants and shops, and wonderfully appointed rooms with magnificent views.

They don’t feel like Disney hotels — not really. They do, however, feel absolutely luxurious, and their location within walking distance of Disney’s Boardwalk Inn, Disney’s Yacht and Beach Club Resorts, Epcot, and Disney’s Hollywood Studios make them uniquely perfect options for non-Disney class with all the Disney perks. 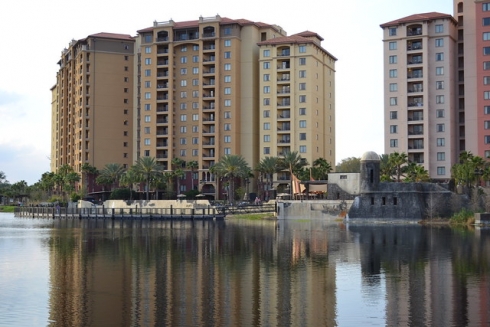 The Bonnet Creek region of Walt Disney World property hosts a handful of smaller resorts that all add up to a pocket of luxury hidden inside Walt Disney World itself. Yes, it’s on-property, but if you wanted to avoid the Disney vibes during your entire vacation, it would be very easy to do.

There’s a Hilton, a Wyndham, a Wyndham Grand, and the famed Waldorf-Astoria. There’s a golf course, multiple pools and water features, bunches of restaurants, and tons of space to spread out and relax. Additionally, all of the resorts are fairly newly built, meaning they don’t have that dated-luxury feel so many hotels in Central Florida have — particularly the comparable spots in the Disney Springs Resort area.

Bonnet Creek is a resort within a resort, and whether you want a standard luxury hotel experience like at the Hilton or a high-end cosmopolitan vibe like at the Waldorf-Astoria, you’ll find your needs are met in truly four-and-five star manner here. 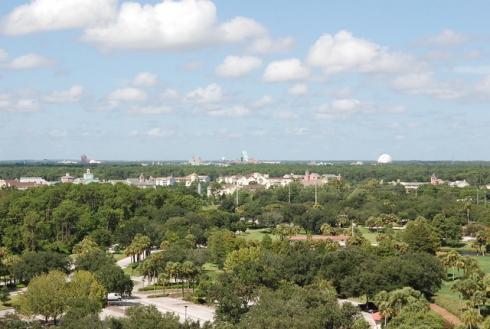 If you’re truly ready to give the off-property experience a try, but you aren’t fully ready to tasting more of what Orlando has to offer, the Hyatt Regency Grand Cypress offers a decent middle ground.

If you wanted to, you could probably throw a football from the parking lot at the resort and land it firmly on the property of Disney’s Saratoga Springs Resort. It takes a bit more time to drive over that way, and you aren’t on Disney’s official transportation system either, but the trade-off is the definition of posh and luxury right at your fingertips. With rooms that are big and comfortable, with great views, it’s hard to argue the trade offs aren’t worth it.

There’s a grand pool complex, tennis courts, a beach with watercraft, multiple restaurants, a spa, an art gallery, and so many other things on-site for you to enjoy. You don’t have to leave if you don’t want to, but in the event you do, Walt Disney World is just a short drive away. And the best part: the cost is right on par with Disney’s moderate resorts — but you get so much more.