Are Disney Parks FULL? Where We Think Each Park is Growing Next... 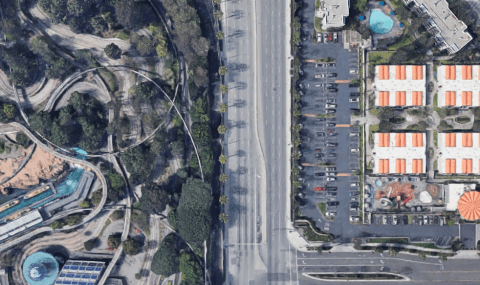 For better or worse, theme parks can't grow forever. At some parks, physical space is the limit, with little room to expand outward. At others, designers are boxed in by existing architecture. Sometimes, guests legs simply can't take another lap or a new land without buckling.

Whether limited by roads, rivers, rides, or guests' energy reserves, opportunities for growth are always at a premium for Disney Parks. Below, we've taken a look at the six Disney Parks in the U.S. from above to highlight their opportunities for expansion. We'll point out projects currently in the works, but also imagine where future development might take place... even if it means replacing what's already there. Of course, if we have a rumor, we'll tell you outright that it's a rumor. For the most part, the areas you'll see below are either confirmed by Disney, or simply our daydreaming of new areas for Imagineers to expand into.

Don't forget – you can click and expand any aerial view to see a larger and more detailed version.

Walt’s “original magic kingdom” was built snugly between Anaheim, California cross-streets and the brand-new interstate highway. Imagining the urban sprawl to come, early designers constructed a raised earthen berm around the park, planted with trees (and a Railroad) to keep intrusive sights and sounds out of the park. 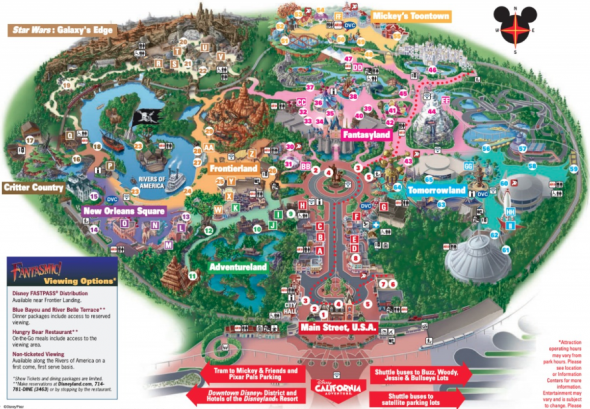 EXPANSION SINCE OPENING: To be clear, the berm didn’t last long in its original form. Pretty quickly, the park began to burst at the seams until expanding beyond the railroad altogether. Many of Disneyland’s dark rides are housed in massive showbuildings that lie outside of the park’s berm, each adapting its own ingenious way of getting “out” of the park proper and beneath the railroad. (Can you figure out when you pass under the train tracks on Haunted Mansion, Pirates of the Caribbean, Indiana Jones Adventure, Splash Mountain, or “it’s a small world”?)

Still, Disneyland is more or less landlocked by city streets, interstates, and the park’s own infrastructure that seal it into its current real estate. Only the addition of Star Wars: Galaxy’s Edge could've been deemed worthy of the multi-million dollar re-routing of the Rivers of America to build on a newly-constructed northern shore of the waterway, the re-routing of the Disneyland Railroad, plus the relocation of several backstage facilities to off-property locations. As you can see in the aerial below, it would be hard to squeeze one more square foot out of Galaxy's Edge thanks to existing roadways. Does that mean Disneyland’s done growing? Unlikely… 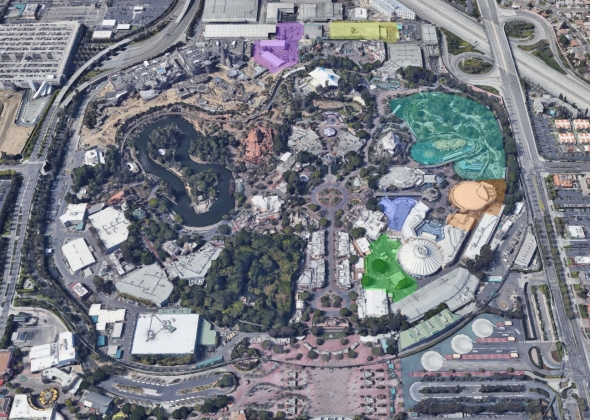 WHERE TO GROW FROM HERE: First of all, don't let Disneyland's size full you. It has more rides than any other Disney Park on Earth... by a lot! Just as Disney's been willing to build beyond the park's boundary in the past, they've lately shown a willingness to continue to reclaim and relocate behind-the-scenes facilities to lend to future expansion. 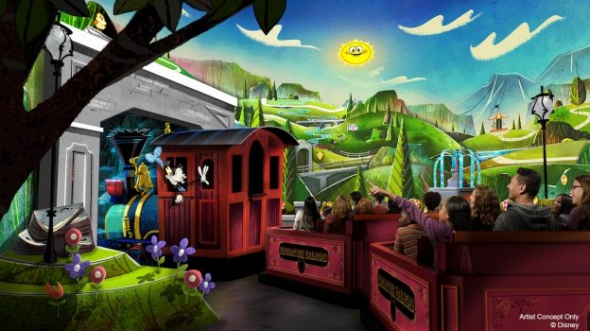 But Disneyland's physical footprint isn't growing and its behind-the-scenes facilities are diminishing... which means that even opportunities to commandeer backstage space are becoming rare at the park, so (unfortunately) replacement is likely to be the name of the game... Most of that potential is centered on the park's west side.

It’s well known that Walt was no fan of the urban sprawl that quickly hemmed in Disneyland, which is why he set his sights on Central Florida and the opportunity to purchase massive land-holdings (the size of San Francisco!) to control the guest experience. And thanks to “the blessing of size,” the park is sprawled out with open pathways and wide plazas meant to handle crowds – features that Disney World fans call brilliant, and Disneyland fans call “impersonal” and “corporate.” Whereas Disneyland's designers were "making it up" as they went, Magic Kingdom was built with things like crowd flow, capacity, and sightlines in mind. 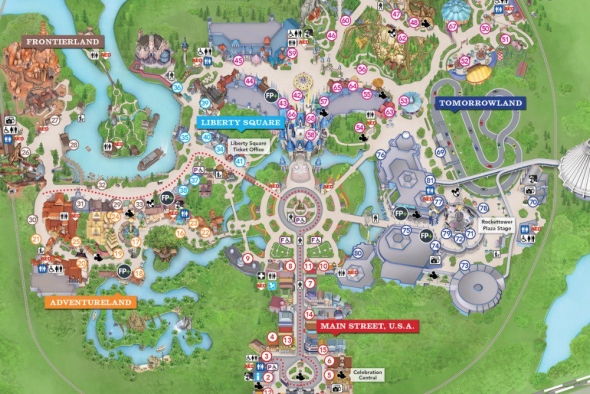 Magic Kingdom has no berm. It doesn’t need one! Not only does the park spread out its offerings; its surroundings are also absolutely opposite of Disneyland. Just take a minute to compare the aerial view of Magic Kingdom below with the image of Disneyland above... the difference is amazing.

EXPANSION SINCE OPENING: Magic Kingdom has taken a pretty relaxed view of expanding size-wise, as – unlike Disneyland – its surrounded in Disney-owned woods and fields accessible at their leisure. As in California, Pirates of the Caribbean was built partially beyond the park’s railroad, as was Splash Mountain. Magic Kingdom's Haunted Mansion is entirely within the railroad, which is why the "stretching room" there isn't a real elevator. While Disneyland’s Space Mountain was sunk dozens of feet into the ground so as not to loom over Main Street, Magic Kingdom’s even larger version of the ride was built beyond the railroad because… why not?

Even though the cinematic “New Fantasyland” that opened this decade was touted as the largest expansion in Magic Kingdom history, if you can believe it, it actually just reactivated the plot of land vacated by the Lost Legend: 20,000 Leagues Under the Sea without adding acreage acreage to the park. 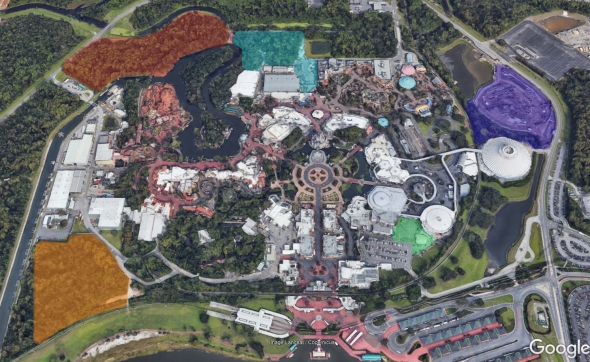 WHERE TO GROW FROM HERE:

Stitch is rumored for a remade wreck it ralph attraction.