The 5 Biggest Ways Star Wars: Galaxy's Edge May Disappoint You 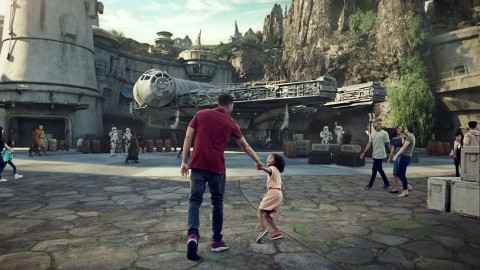 Star Wars: Galaxy's Edge is finally open after seemingly years of hype and anticipation. Overall, it's the most triumphant themed land in 50 years, possibly ever. It's not perfect, though. At least, it's not perfect for some people. Early guests to the world of Batuu have complained about a few elements. Here are five things wrong with Galaxy's Edge. 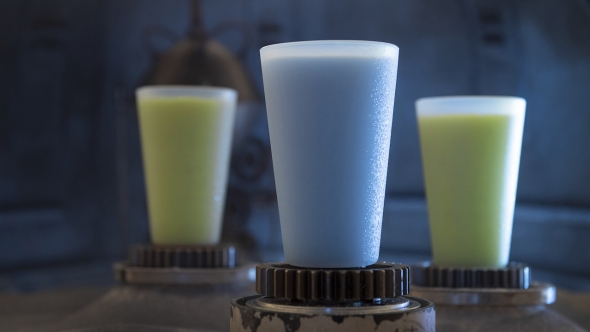 Image: DisneyAn item at Star Wars: Galaxy’s Edge costs $6,615. Those of you who are in desperate need of adult Stormtrooper armor will more than double the price of your vacation. Even the cheap items aren’t that cheap, though.

Do you want to try the Green Milk or Blue Milk? I should preface this by saying that a gallon of milk costs $4 on average. At Black Spire Outpost, the Milk Stand sells about a 10-ounce glass of it for the not-so-modest price of $7.99. Its primary components are coconuts and rice milk, which aren’t exactly ingredients that break the bank.

The markup/profit margin on Green and Blue Milk are off the charts for Disney. For guests, you're paying for the privilege of saying that you tried it once. It’s gouge pricing of the highest order. In capitalist terms, Star Wars Land is an elite tourist attraction, and the market price for such fare is exceptionally high. 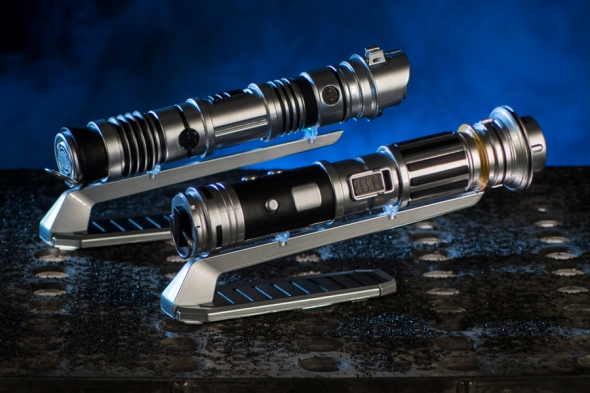 Image: DisneyWhile I can’t blame Disney for doing it, the strategy sucks for theme park tourists. I watched any number of popular streamers wince at the prices of lightsabers. The custom-made ones run $199, and even the mass manufactured ones start at $40. That's a lot of money for a glow stick.

The people who couldn't splurge on the lightsabers generally picked droids as their fallback option. These cheaper toys still run $99. Yes, a Star Wars fan who desires a personally designed lightsaber and droid must spend roughly $300 plus the cost of admission. In a way, Disney is punishing its most loyal fans with the price of doing business at Star Wars Land.

Do you like to fail? Then, I have the ride for you! The first batch of YouTube ride videos for Millennium Falcon: Smuggler’s Run shares a commonality. Nobody can drive a starship to save their life…or the lives of the other five passengers in the cockpit.

Disney has known that this was going to be a problem for a while now. Officials working on the project gave multiple interviews during the year leading up to the ride’s debut. They stressed the difficulty in creating a ride with gaming elements. Even then, they recognized the problems with a group of six people working together toward a common goal.

Sure, with patience and practice, ride participants could improve their skill at the game. Alas, you may never see your “teammates” again the instant that Smuggler’s Run ends. It’s especially true since Single Rider lines are involved. When one of the players comes from this line, nobody else knows them.

Imagineers had to build a ride that was also a game, and they had to do it in a way that everyone could play it right from the start. At some point during the process, designers ceded the point that they couldn’t make a level playing field for everyone. They chose to lean into this aspect.

Disney uses the character of Hondo Ohnaka as a narrator and also the de facto smack talker. When you do poorly, he lets you know. It's genuinely entertaining and a great idea. Even so, the failure rate on Smuggler's Run is nearly 100 percent thus far. For gamers who want to win, it's a frustrating exercise in futility.

I am going to Disney World right when Galaxy's Edge opens there. As a Star Wars fan, I will be purposely skipping it during my yearly 10 day visit, for the following reasons:

1. The park is not about the actual Star Wars movies, the original trilogy.
2. I won't see the most important Star Wars characters there: Luke, Leia, Han, Darth Vader.
3. Visiting the park is like falling in love with a guy and then be told that I can't date him, but I can date his cousin -- they look somewhat similar!
4. Galaxy's edge is gross: Weather worn, broken walls, chipped paint, just like my local junkyard or abandoned factory. I spend a ton of money on Disney World because it is beautiful, shiny and spotless. I think Disney made GE worn so that they don't have to pay for upkeep. It's so worn that if it gets more worn and gross, you can't tell the difference!
5. I don't want to go on the Resistance ride because there's Kylo Ren in it, who killed Han Solo for no reason. Ewwwwwww!!! Without Kylo Ren, I wouldn't mind it, but I wouldn't love it either because it's a strange concoction with no movie relationship. Doesn't remind you of any cool scenes from Star Wars.
6. Seeing the Millennium Falcon stuck in Batuu is weird -- why is it there??? And where's Han Solo? I don't want to see the Falcon without Han!
7. Being on the Frozen ride reminds me of the lovely Frozen movie. Being at Batuu reminds me of...nothing, because it's not based on anything!
8. I have zero interest in blue milk, which I can easily create at home by blending a few blueberries with milk. And it'll taste better than the Disney coconut and rice blend. Ew!
9. I have zero interest in green milk, which I can create by blending spinach with milk. Add sugar and the kids will drink anything.
10. I have no interest in spending $200 on a light saber. I'd rather eat a meal at the California Grill instead. At least the food there is that good.
11. None of the food looks appetizing, but then, they are all just quick service quality with Star Wars names.

Disney's GE reservations were gone in 2 hours. I wonder what percentage of people who got the reservation actually showed up? And how many people got more than one reservation, that they may skip their second or third reservation, so that towards the end of the reservation period, GE may become less crowded?

Galactic credits are the currency of the realm in Star Wars, there is no shady practices being made, if you want to complain about it, then that should just be included in your LARPING complaint.CREDIST LITERALLY are just the word for dollars, its the theme of the land, not a converted currency