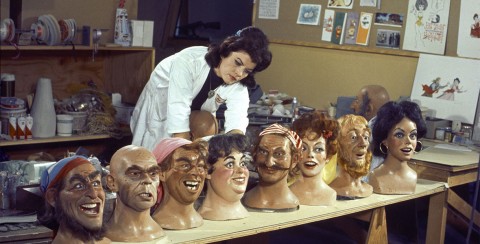 The work of many woman Imagineers is evident in the intricate details of the theme parks they influenced, designed, and built, from the vibrant costumes of Mary Blair’s dolls in “it’s a small world” to the puff of each feathered chest Harriet Burns crafted for Walt Disney’s Enchanted Tiki Room.

Few if any, however, can claim as much ‘recognizability’ as the late Leota “Lee” Toombs Thomas, best known for providing the serene, all-knowing visage (and name) of the Haunted Mansion’s Madame Leota. Not only did Thomas give life to one of the most iconic Disney Parks characters ever created; she was also instrumental in shaping attractions like Pirates of the Caribbean, “it’s a small world,” Great Moments with Mr. Lincoln, and Ford’s Magic Skyway. Perhaps most importantly, she approached her retirement by training Imagineers in Disneyland’s Show Quality Service Department, passing along principles of design and craftsmanship that endured long after she left the company.

Wharton goes to work for Disney 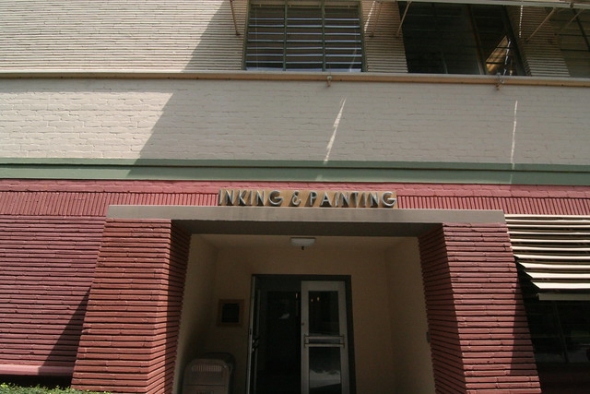 In the early 1940s, eighteen-year-old Leota Anne Wharton showed up at the Ink & Paint department of the Disney Studios. The studio was putting the finishing touches on films like Fantasia (1940), Dumbo (1941), and Bambi (1942), and had just started to refocus its efforts on propaganda films in support of the U.S. government during World War II. According to Life Magazine, 90% of the 550 employees at the studio were involved in the production of wartime films; at the time the article went to press, the Navy alone had ordered over 50 films on gunnery, bombing, and paratroop training, among other subjects.

To put it briefly: There was no shortage of work for animators, inkers, and painters, especially those of Wharton’s exceptional talent. And it wasn’t long before her skills were recognized with a promotion to the Animation department.

“[The studio] realized she was very good at line work and they put her in as an Inbetweener,” said Wharton’s daughter, Imagineer Kim Irvine. ‘Inbetweeners’ were tasked with refining the keyframes drawn by principal animators, as well as creating in-between frames that detailed the precise movements and gestures assigned to a specific character.

At some point, Irvine noted, Wharton was assigned to work in tandem with head animator Harvey Toombs on a full-length feature called Victory Through Air Power (1943), the first of the studio’s films with a clear educational bent. Four years later, the two artists wed, and Wharton—now Toombs—began a multi-year hiatus from the company to raise her family.

From Ink & Paint to Imagineering 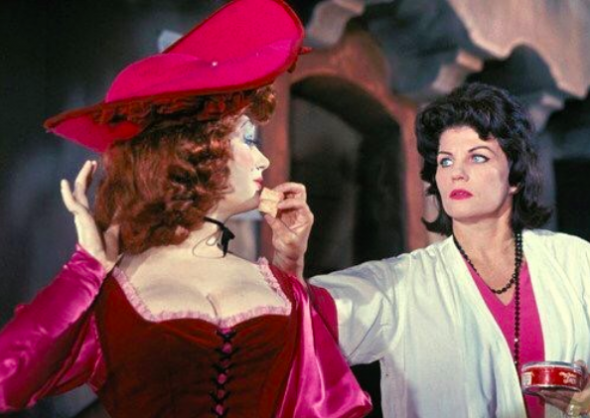 Fifteen years following Toombs’ departure from the Disney Studios, Walt was in the throes of another pet project. His first-ever theme park, Disneyland, was verging on its seventh anniversary with a seemingly endless list of attractions and shows still waiting to be developed and debuted to an eager public.

Walt already had a talented core of designers, figure-finishers, and model-makers in Harriet Burns, Wathel Rogers, and Fred Joerger—all inaugural members of a small but integral division termed ‘WED Enterprises’—and needed to expand his roster of Imagineers in order to maintain the kind of innovative standards that gave the park its pristine reputation.

As the company scoured its own departments for talented artists and would-be Imagineers, they ultimately decided to extend an invitation to Toombs. No longer an Inbetweener, she became one of just four or five women in the Model Shop, as the department was first called, and assisted with crafting, painting, and detailing scale models of the park, in addition to working on more complex projects like humanoid Audio-Animatronic figures and feathered, furry creatures. Her work as an immaculate figure-finisher was also evident in Disney’s custom-built attractions for the 1964-65 World’s Fair, which included future theme park rides like “it’s a small world,” Ford’s Magic Skyway, and Great Moments with Mr. Lincoln.

So often during its 64-year history, the Disney Parks have been lauded for their incredible attention to detail, with nary a leaf nor synthetic hair out of place. The classic attractions that Toombs helped flesh out were some of the most intricate ever attempted by the company, with hundreds of Audio-Animatronics to be outfitted, intricate set pieces to be constructed, special effects to be rigged, and historical and cultural costumes to be researched and patterned. Toombs was one of many Imagineers who took that attention to detail seriously, spending much of her time touching up the makeup on the swashbuckling antagonists of Pirates of the Caribbean and tweaking their hair and clothes until their expressions and style looked exactly right.

“It was that eye for detail that got her noticed by Walt and the rest of the team,” Rick West wrote at Theme Park Adventure in 2015. “[…] The finishing touches that Lee put on the figures in these world-class attractions were astonishing—and I absolutely feel that Disney’s animatronic figures never looked as good as they did when they were under the care of Lee and those early Imagineers that not only specialized in animatronics—they created them.”

Thank you for writing this article, Ashley. Lee Toombs
was my next door neighbor when I was a young girl growing up in the hills of Glendale, California. I have many fond memories of Lee and her daughters.
I remember her telling us about the projects she was working on at Disney. We were so excited when we went to Disneyland, knowing she had helped create some of the characters on the rides. We will always remember the kind and creative person she was. Thank you for keeping her memory alive.