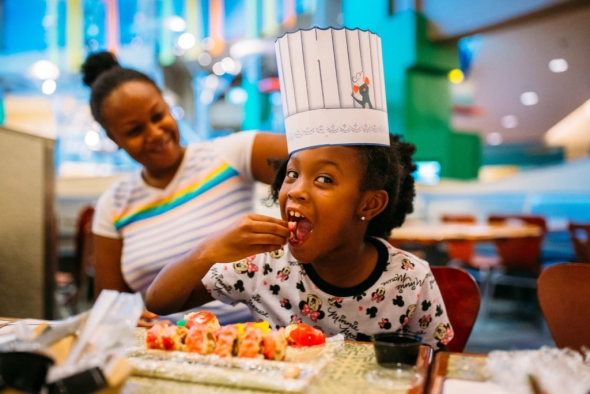 “Okay, maybe teens might be all right, but Epcot will certainly bore small kids.”

There is so much for smaller kids to love at Epcot. Frozen Ever After is a hands-down favorite for many of the park’s youngest visitors, as is the Seas with Nemo and Friends (especially if you stop by Turtle Talk with Crush). A Ratatouille attraction coming soon to the France pavilion will add another kid friendly attraction soon.

As for Epcot’s more easy-going rides, the smells, sounds, and sights of Spaceship Earth still captivate all ages (especially the interactive part at the end). Journey Into Imagination may not be quite the hands-on paradise it once was, but kids still enjoy it. Finally, Epcot also has some great scavenger hunt opportunities like its Kidcot craft stations and Agent P’s World Showcase Adventure. Oh, and if your little one loves sweet treats, you can’t beat La Halles Boulangerie Patisserie, Kringla Bakery, or L’Artisan des Glaces.

If that’s not enough, Epcot also has some of the best character greet opportunities you will find in Walt Disney World, especially throughout World Showcase. Characters with ties to each of the countries appear regularly, and characters like Wreck It Ralph or Mickey and Minnie can be found at Future World’s Character Spot. If you’re looking for character dining, Akershus Royal Dining Hall in Norway also hosts one of the most highly reviewed princess dining experiences on property!

6. The food is the hands-down best at Walt Disney World 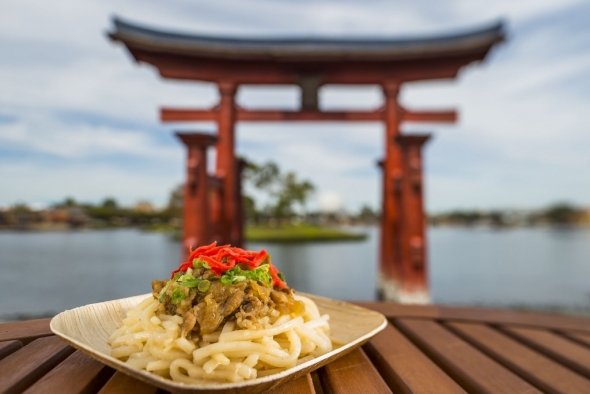 This one treads into controversial territory but hear us out…

Epcot does have some of the best food of any of the parks at Walt Disney World—but not all of Epcot’s food is equal.

One of the biggest misconceptions about Walt Disney World is that the food is all burgers, hot dogs, and turkey legs. With this in mind, many guests at Epcot tend to head straight to the Liberty Inn or Electric Umbrella to nosh on something familiar. While Epcot does have plenty of traditional offerings for guests, these are definitely not its strength. Epcot’s best restaurants tend to be those that lean away from standard American and theme park fare.

Finding Epcot’s best restaurants, however, has been complicated by ongoing budget cuts and menu tweaking (often blamed largely on the effects of the Disney Dining Plan). In decades past, Epcot had some seriously amazing restaurants that stood out as best in their class in the Orlando area, including Restaurant Marrakesh, Le Cellier, and The Garden Grill at the Land. These restaurants share a sad common attribute—they cost more than ever before but the quality is nowhere near where it once was. Frequently, guests report that they just felt let down by their experiences at many of Epcot’s classics.

The good news is that Epcot still has some excellent dining. The Biergarten continues to offer mouth-watering German cuisine you won’t forget, and Tutto Italia stands apart as an excellent Italian restaurant. Spice Road Table combines pleasant atmosphere with delicious dishes, while Kringla Bakery hosts some of the most unique sweets you’ll find anywhere in the parks. So far, the Rose and Crown Pub remains a guest favorite, while France’s Monsieur Paul stands out as one of Disney’s finest signature experiences. In the area of quick service meals, Katsura Grill, Tangierine Café, and Sunshine Seasons all provide excellent options.

By the way, on the subject of food…

7. The festivals are all the same 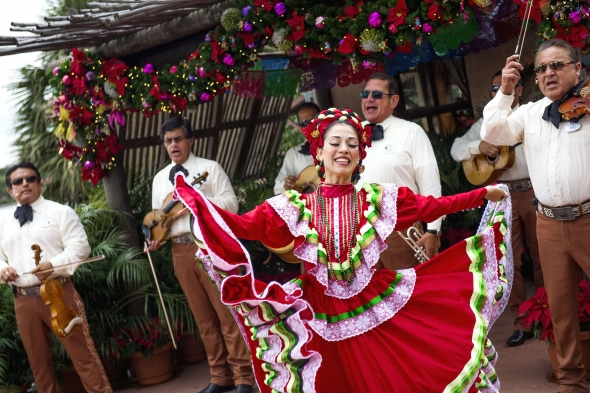 Epcot’s festivals have become an integral part of the park’s DNA. Whereas the International Food and Wine Festival and Flower and Garden Festival were once pleasant but short-lasting annual events, nowadays, you can visit Epcot almost any time of the year and find a festival taking place.

The year starts off from January to February with the Epcot International Festival of the Arts, offering visually-stunning culinary treats and a broad range of artistic experiences, from living statues to an artisans marketplace that stretches around World Showcase lagoon.

Next comes The International Flower and Garden Festival from March to June. The incredible skill of Disney’s topiary artists and gardeners is put on grand display in stretches of verdant art that cover practically the whole park. The festival’s food offerings focus on natural foods, especially highlighting fruits and vegetables. Special activities include a butterfly garden, educational displays, and a pretty awesome kid’s play zone.

Third is Epcot’s most famous festival and certainly the one with the best eats (indeed, the offerings at the other festivals can seem almost mediocre in comparison). The Epcot International Food and Wine Festival runs from the end of August to November, including a parade of cuisine from over 30 international marketplace booths, special demonstrations from celebrity chefs, and a huge festival center in the old Wonders of Life pavilion. If you only plan to attend one of Epcot’s festivals, this is it, and the food truly is an experience not to be missed.

Finally, the year concludes with the Epcot International Festival of the Holidays. During this mini-festival in November and December, the park is transformed with Christmas cheer from across the nations, and guests can enjoy special dishes and sweet treats from around the world.

Here's one thing that I think is not a misconception. You got it right about the cultural and educational aspect of the park's original idea. Unfortunately it became apparent after my last visit that Disney has lost that initial idea that made it work. Epcot in many ways has strayed from their educational/entertainment purpose. How many attractions have been closed and not replaced with anything. I liked the Kitchen Kaberet show and the Making of Me. I liked the Universe of Energy. I liked Captain EO. I liked Communicore East and West. NOW there is talk about getting rid of The Land. Really how much can Disney strip down this park before they get it? Throwing in a roller coaster isn't going to do it. Disney has neglected this park. Test Track constantly breaks down. I have yet to ride it to the end. On Spaceship Earth on my last visit the sound was so bad that I couldn't understand most of what was being said. Then a week later it sprang a leak. We went on Mission Space and waited and waited. Preshow keep looping. Then we were asked to leave and go to the next boarding area, only to have to hear the pre show again. I guess what I am trying to say is that the park isn't what it use to be and that isn't a misconception.