Secret Disney Snacks Worth Going Out of Your Way For 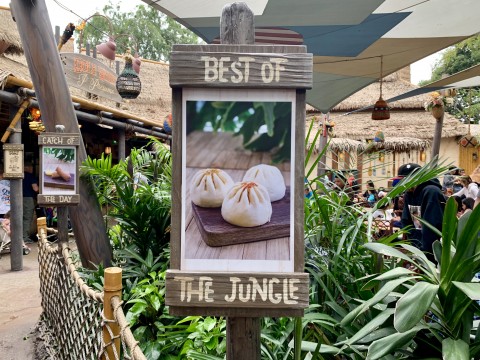 These treats have risen to legendary status for good reason: They’re delicious, Instagrammable, and at least where turkey legs are concerned, capable of feeding multitudes. But they’re not necessarily the best Disney has to offer. In fact, we’ve rounded up a dozen theme park snacks that just might outrank the classics in both originality and taste. 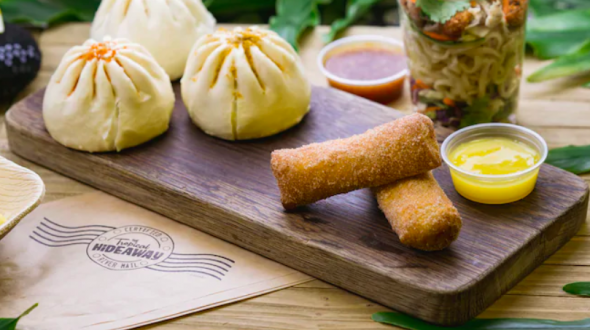 The newest pre-Star Wars: Galaxy’s Edge dining location is Adventureland’s Tropical Hideaway, nestled between The Enchanted Tiki Room and the loading docks of the Jungle Cruise. It doesn’t have much to offer in terms of variety—diners can pick from an array of blended Dole Whip drinks, while packaged ramen shakers and mango slices are available for snacking alongside freshly-made bao and sweet lumpia. The bao is the clear standout here, however, and one of the best (and most filling) options in the entire park. Current flavors include spiced vegetable, bulgogi beef, and lime chicken, and while you can’t quite make a full meal out of one, the portion sizes are perfect for bridging that gap between lunch and dinner and portable enough to survive a sudden dash over to Mickey and the Magical Map, too. 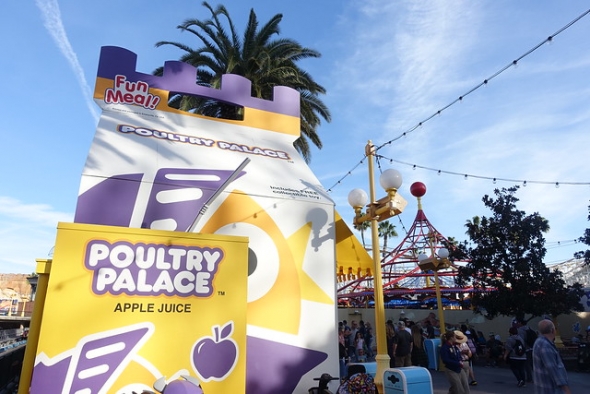 Disney’s carb-loaded snacks tend to get the most attention at the parks, but there are a surprising number of healthy, produce-based choices available, too. In addition to the fresh fruit, pickles, and veggies that are available at Mortimer’s Market and Filmore’s Taste-In, parkgoers can indulge in buttered or spiced ears of corn at the newly-opened Poultry Palace. At the snack cart bordering the Paradise Gardens entrance to Pixar Pier, the more traditional elote (complete with a packet of mayo, Tajin spice, and parmesan cheese) is offered alongside a selection of turkey legs and soft drinks. Granted, this tangy, spicy snack may not be quite as shareable as Award Wieners Filmstrip Fries or Cozy Cone Motel Dill Pickle Popcorn, but that’s half the appeal. 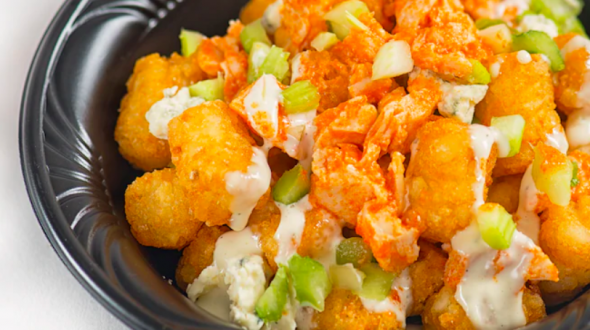 Speaking of carbs, there are few combinations more mouthwatering than the marriage between tater tots and bacon-dusted macaroni and cheese. Tucked away between the Prince Charming Regal Carrousel and the Many Adventures of Winnie the Pooh at the Friar’s Nook, these rich, cheesy ‘totchos’ are just the thing to take the edge off of a long wait for Seven Dwarfs Mine Train or Happily Ever After. They’re also a welcome change from most of the snack options at the Magic Kingdom, whose Instagrammable treats (from colossal Mickey Celebration doughnuts to Aladdin-themed caramel apples) consistently tend toward the sweeter end of the spectrum. 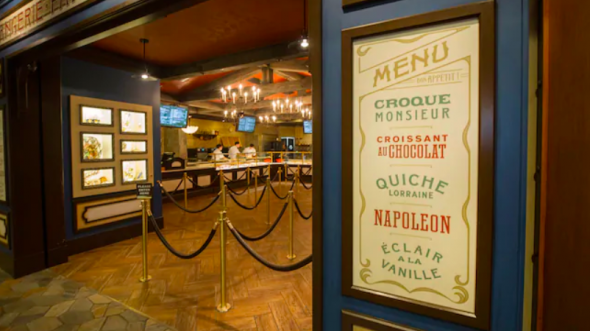 The wonderful thing about Epcot is that there is literally no shortage of scrumptious snacks, entrees, and cocktails to guzzle down at any given point in the year. In addition to the wonderful array of international cuisines available at World Showcase’s 11 pavilions, Epcot offers several appealing options at Future World and hosts no fewer than three food festivals in each calendar year: Flower and Garden Festival, International Food & Wine Festival, and International Festival of the Holidays.

When it came to narrowing down each park’s top snack options, though, I wanted to pinpoint some options that you can find at Epcot year-round, whether you’re dipping into Food & Wine after a runDisney marathon or swinging by for the winter holidays. And there’s no better spot to grab a snack than Les Halles Boulangerie-Patisserie at the France pavilion, where cases of éclairs, quiches, macarons, baguettes, and croissants await hungry travelers.

On the savory side, one of the best options is the Tartine Aux Fromages, a tomato-based pastry topped with Swiss, parmesan, and goat cheese. It’s lighter and crispier than a slice of pizza, but not so heavy that it’ll spoil your appetite for a full meal at Le Cellier or Nine Dragons or Rose & Crown (or wherever you happen to end up).