Fear of missing out (FOMO) is a real thing at Disney theme parks. Whenever you visit, you’ll feel compelled to do some stuff. As I recently pointed out, the harsh truth is that some of them aren’t worth your time. Others are, though. Here are the Disney FOMOs that you will never regret doing. 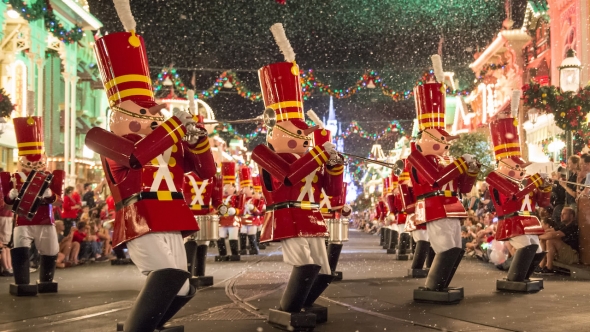 Image: DisneyDisney's upsell events aren't cheap. Most of them cost $100 or more. What you get for the money is jaw-dropping, though. You'll get to visit a Disney theme park at a time when it's otherwise closed to the public. The lines will be shorter than you'll ever see otherwise, and special character meetings are available, too. Plus, exclusive shows and parades are often a part of the proceedings. Whether you prefer Mickey's Not-So-Scary Halloween Party, Mickey's Very Merry Christmas Party, or Disney After Hours, you’ll never forget the experience.

Image: DisneyFew rides are as closely associated with a theme park as Pirates of the Caribbean is with Disney. Decades before anyone had heard of Johnny Depp or Captain Jack Sparrow, guests were already head over heels in love with this dark ride.

In fact, park officials famously miscalculated when they decided not to build this attraction in Florida. They believed that the locals wouldn’t want a ride based on history that Floridians knew well. They were very, very wrong. Guests immediately lamented the absence of the attraction and demanded its presence at Walt Disney World.

Almost 50 years later, everyone's glad that they did. A visit to Pirates of the Caribbean remains a fundamental part of a Disney vacation. Your FOMO won't lead you astray here. You absolutely should ride it at least once every time you're at Magic Kingdom. It never gets old, and the lines are thankfully never that long. 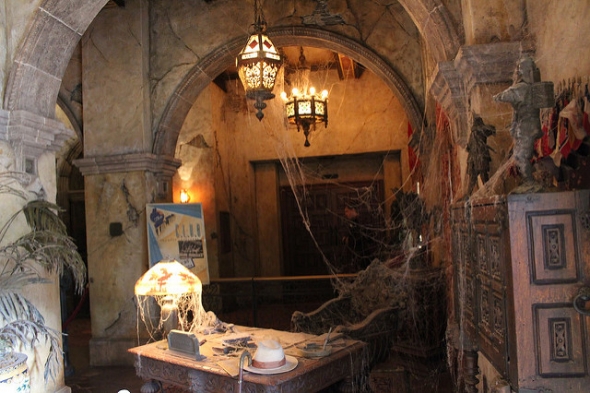 Image: DisneyThe Twilight Zone Tower of Terror is the most lauded attractions of all-time. It's an award-winning ride that somehow combines the brilliance of Disney theming with the malice of Twilight Zone storytelling. Disney honored Twilight Zone host Rod Serling by using actual show video and dialogue of his on the ride.

You'll be captivated by the visual of the Hollywood Tower Hotel long before you enter the building. Then, you'll get chills as you appreciate the details of the abandoned hotel lobby. Once you enter the elevator and reach the end of the path, you'll suddenly get thrust up and down at breakneck speed. And they’ve improved the drop tower elements over the years by randomizing sequences. This ride is as thrilling as anything that Disney’s ever done. 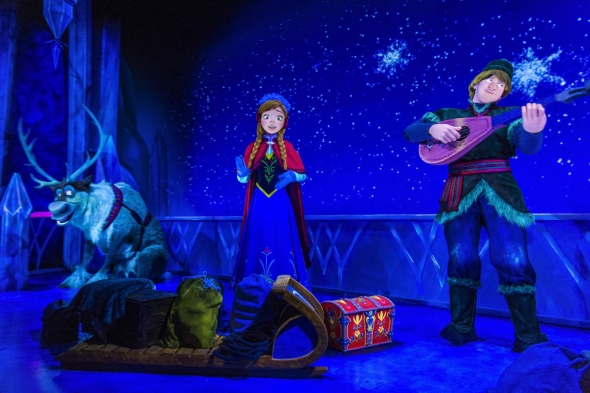 Image: DisneyFrozen is one of the prized intellectual properties of the 21st century. A few years ago, Disney altered the Norway Pavilion to embrace Frozen’s popularity. The pavilion wasn’t just sponsored by the country of Norway. They helped pay for it, including the attraction housed there, Maelstrom. Over the years, that ride lost most of its traffic, thereby reducing interest at the entire pavilion. When Disney recreated the fictional realm of Arendelle at Frozen Ever After, attendance soared. Frozen Ever After is one of the best boat rides at Walt Disney World, with a beautiful soundtrack to match. It’s a must-do at Disney, one that you’ll never regret.

See the animals at Kilimanjaro Safaris 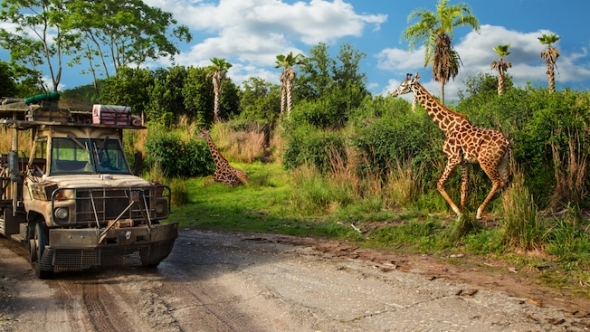 Image: DisneyI’m of the opinion that Kilimanjaro Safaris is the heart and soul of Disney’s Animal Kingdom. While the park has other attractions that you certainly don’t want to miss, it’s a zoo more than anything else. Specifically, it’s a Disney zoo that also has theme park rides. Only the originator of the theme park could pull off something this ambitious, a fact that you’ll acknowledge when you board your safari jeep and head through several different natural habitats. Since this isn’t a show, a roller coaster, or dark ride, I can’t tell you what will happen next. Every trip on Kilimanjaro Safaris is different and often unforgettable.

Shrink to the size of a toy at Toy Story Land 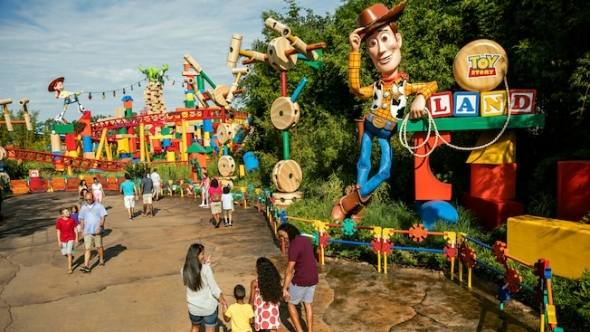 Image: DisneyYes, Disney did cut the budget for Toy Story Land. No, it doesn’t have anywhere near enough shade. So, yes, it could be better. When people obsess on this, however, they miss some important. This place is wonderful just the way it is. I’m confident that Walt Disney would love it here because the area brims with so much imagination and entertainment. It even co-opted a wildly entertaining attraction, Toy Story Mania!, and turned it into a third thoroughly satisfying ride at this themed land. How many Disney lands can say that? Oh, the food at Woody’s Lunch Box is really, really good, too. This place feels like an extension of the Toy Story movies, and that’s precisely what Disney should be.

Sing along at Splash Mountain 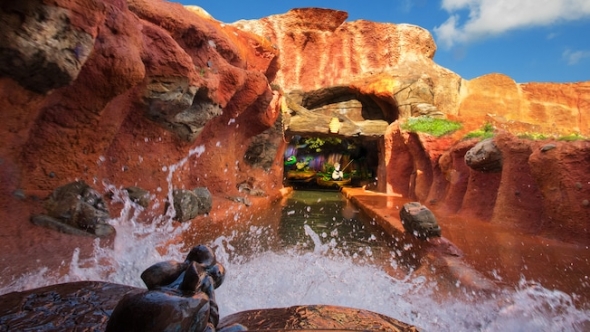 Image: DisneyMany Disney theme park attractions are like something that you’d get out of a vending machine when you’re starving. You pick your favorite choice, and then an Imagineer dispenses several minutes of euphoria. All of the attractions listed here qualify for this sort of description, but I think that the happiest place in all of Walt Disney World is Splash Mountain.

This fake mountain is the place where everyone loses themselves in silliness for several minutes, anxiously awaiting the best moment in the history of water rides. The anticipation only heightens the jubilance when you splash down and then get treated to a gleeful rendition of Zip-A-Dee-Doo-Dah. I simply cannot imagine a trip to Walt Disney World that doesn’t include at least one boat ride up and down Splash Mountain.

Soar around the world 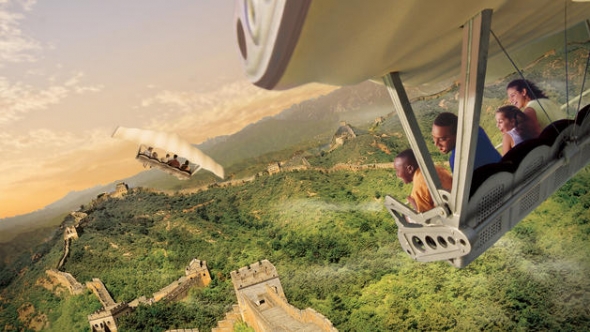 Image: DisneySomething that I love about Epcot is that it’s the most open-ended of all Disney theme parks. Guests approach it from several different perspectives, depending on whether they prefer rides, shows, or drinking excessively. We’ll get to that last one at the end, but the biggest ride FOMO at this park is Soarin’ Around the World, the sequel to Soarin’ Over California.

This ride embodies everything that’s wonderful about Disney’s manipulative Imagineering approach to ride design. You won’t simply get lifted into the air by a ride apparatus and get your face stuck in front of the largest screen you’ll ever see. You’ll also have your senses manipulated by the smells of many places like beaches, oceans, and mountains. You’ll feel the wind in your face as “fly” through the air. The illusion is so real, the fantasy so believable, that you’ll forget about everything else in your life for a time. That’s the pinnacle of ride immersion. 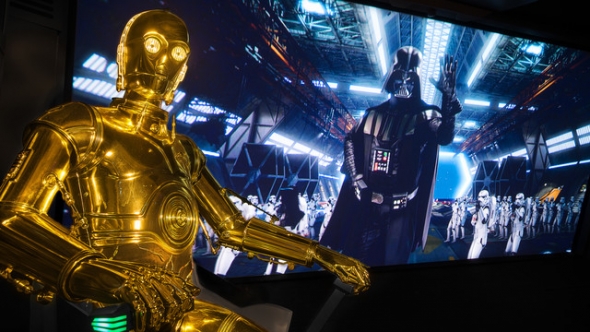 Image: DisneyIn future years, few will remember that Star Tours was in operation for more than 30 years before Star Wars: Galaxy’s Edge opened. While the planet of Batuu is undeniably spectacular, I love the simple elegance of Star Tours. You sit down in a small room and do nothing for five minutes. Disney does all of the work for you, as the “floor” is part of a hydraulic motion base cabin.

In layperson’s terms, Star Tours is a flight simulator that moves guests up to 35 degrees, fostering the perception that you’re a tourist trapped on the intergalactic flight from Hell. Even worse, that bitchy droid, C-3PO, narrates the action during his latest panic attack. It sounds annoying, but it’s not. It’s the ideal encapsulation of a Star Wars flying experience. No Disney theme park visit is complete without it. 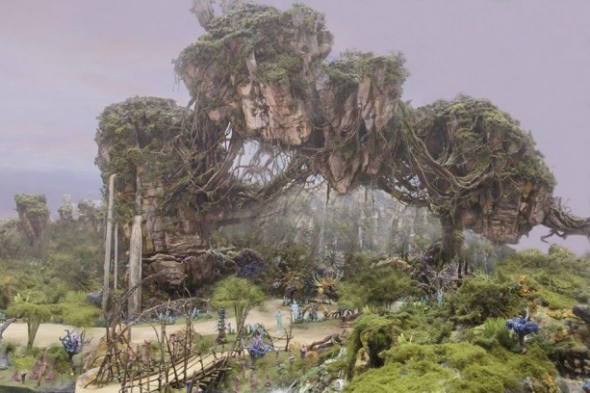 Image: DisneyStar Wars: Galaxy’s Edge has stolen much of Pandora’s thunder. Don’t forget about the gorgeous planet with all of the giant blue aliens when you visit Animal Kingdom, though. The immersion at this themed land was the best that Disney had ever done, at least until they opened the gates to Black Spire Outpost.

When you visit Pandora, you’ll find that even the restaurant, Satu’li Canteen, immerses itself in the concept of an exotic planet. The Floating Mountains will blow your mind when you see them, as they seem like impossible works of human architecture. And the two rides here exemplify the eminence of Imagineering.

Avatar Flight of Passage remains one of the longest lines at Walt Disney World…and for good reason. It’s a thrill ride on a motorcycle that never goes forward or backward yet still provides a surge of adrenaline that will last for hours afterward. Na’Vi River Journey has a less stellar reputation among theme park tourists, which mystifies me. I think it’s the most immersive boat ride that Disney’s ever done.

Watch the fireworks at Magic Kingdom 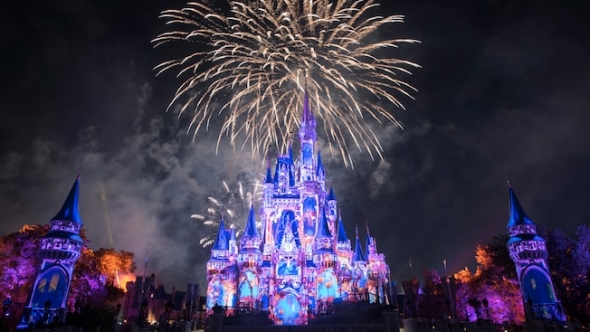 Image: DisneyOver the years, one of the persisting traits of a Walt Disney World visit is the fireworks display. Few guests are willing to leave the park early for fear of missing out on the glowing and the thunder that comes from these exhibitions. Over the years, classics like Fantasy in the Sky and my beloved Wishes have sent guests walking out of the park while brimming with their love of all things Disney.

The current fireworks display, Happily Ever After, represents the culmination of 50 years’ worth of Imagineering fireworks improvements. It’s a hypnotic display of technical wizardry, and the songs will have you humming for the rest of the night.

Wine and dine your way around the World Showcase 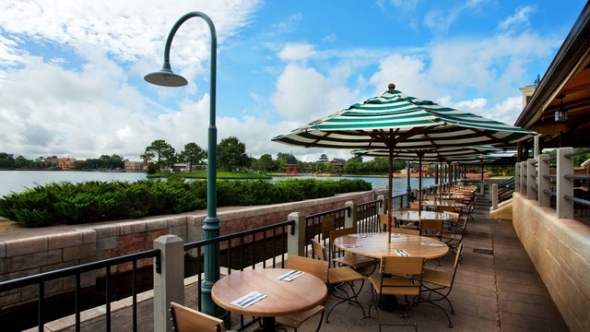 Image: DisneyWhen you're at Walt Disney World, you will eat, and you will drink. The World Showcase at Epcot is easily the most fabulous place to do both, and I include Disney Springs in that. The 11 pavilions in the back half of the park are home to some of the best restaurants and bars that you’ll ever visit in your life.

Disney has committed to honoring Walt Disney's vision for a daily World's Fair. Park officials understand that food and drink are an integral part of the experience, and they've introduced authentic cuisine that will drive your inner foodie into a permanent state of ecstasy. It's the greatest place to kick and back relax in the entirety of Orlando.