The Surprising Thing Disney's Best Attractions Have All Had in Common... 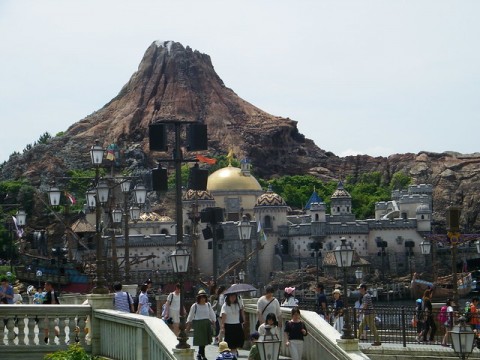 It’s easy to assume that all of the best attractions in Disney parks history have all been rides. After all, who doesn’t love an incredible themed coaster like Expedition: Everest, an immersive flight into other worlds like Soarin’ or Avatar: Flight of Passage, or classics of nostalgia like Space Mountain or Star Tours? When you think of Disney, you think of iconic attractions like these.

While these rides are all amazing, for as long as Disney parks have existed, some of Disney’s other most magical experiences have all held one thing in common…

While rides tend to rely on immersion, cutting edge technology, and a thrilling spectator experience, Disney’s hands-on play areas thrived on something different: guest curiosity. Over the years, Disney has taken the concept of the playground and stretched it every direction possible, from ultra-immersive exploration zones to themed interactivity-“sandboxes”. While it could be argued that Disney has lost some of its focus on this time-honored element of “edutainment”, not all of these attractions are gone. Indeed, some of these super-play zones have stood the test of time even to this day… 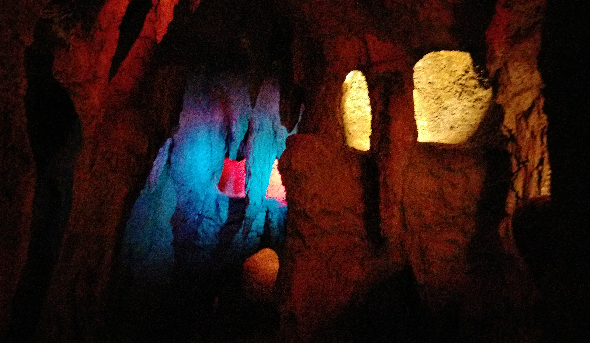 It’s no secret we love Tom Sawyer Island here at Theme Park Tourist. It’s amazing how an attraction that holds such an iconic place in Disney history can be so easily missed, even by guests who have been visiting for years. Adults often assume that Tom Sawyer Island is just a kid’s playground, when in fact, it can be one of the most relaxing places in the park. For kids, the island offers an unexpected (and much-needed) invitation to put down the smartphone or video games and just be a kid— running energy off, exploring hidden tunnels, and playing pretend.

In all of its forms, the island doesn’t hold a single ride, yet guests with a penchant for exploration are quickly captivated by its hidden wonders. Kids can cut loose on the island’s play areas or in Fort Langhorn. The barrel bridge will test the equilibrium of even stalwart guests (particularly in Florida), and we can’t go on enough about the disproportionately creepy fun to be found in the island’s caves. Seriously, we stand by the fact that on a non-busy day, Injun Joe’s claustrophobic muuuuurder cave really might be the most delightfully terrifying place in Walt Disney World. Have fun! 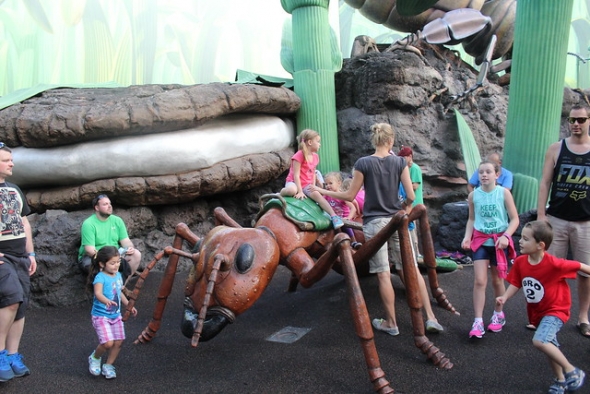 Not all of Disney’s best hands-on play zones withstood the test of time. If you grew up a Disney kid any time between 1990 and 2016, you hopefully knew the joy of getting lost in one of Disney’s coolest playgrounds ever.

The Honey I Shrunk the Kids Movie Set Adventure may have been an intriguing novelty to adults, but for kids, it was the ultimate Neverland—a larger than life dreamscape primed for adventure. This enormous movie set painstakingly recreated the world of Honey, I Shrunk the Kids with giant blades of grass, a giant slide made from an old school film canister, a giant oatmeal cookie, a life-sized replica of Ant-y, and more. I was a fairly shy kid, but I recall many spontaneous play-friendships forming during visits to this incredible fun zone. Kids who didn’t even know each other became co-explorers, and the fun usually went on so long that parents could barely pull their little ones away. The Honey I Shrunk The Kids Movie Set Adventure was hands-on Disney magic both at its simplest and its very best. 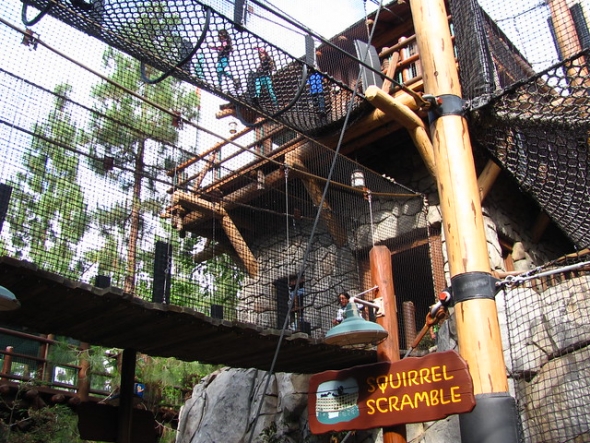 Across the country, at Disney’s California Adventure, many guests aren’t even aware of one of the best play attractions in Disney’s American parks. The Redwood Creek Challenge Trail at Grizzly Peak is a next level two-acre exploration area complete with towers, rope bridges, rock climbing walls, ranger outlooks, and even a not-as-spooky-as-it-sounds spirit cave—oh, and a zip-line for kids! The trail was partially rethemed after the release of the movie Brother Bear, but it remains a tried and tested fun zone for kids to run off energy and their respective adults to have some fun exploring with them.

All too often, it feels like theme park playgrounds are just amped up versions of the same type of “meh” play spaces you’d find at a McDonalds. The Redwood Creek Challenge trail doesn’t fall into this trap. It’s almost like the Swiss Family Robinson Treehouse on steroids. The multiple levels add a fun element of thrills, and there’s so much to discover. There are plenty of cool design details and Easter eggs adults can appreciate while kids can get truly hands on making up their own stories of exploration and survival in the California wilds. 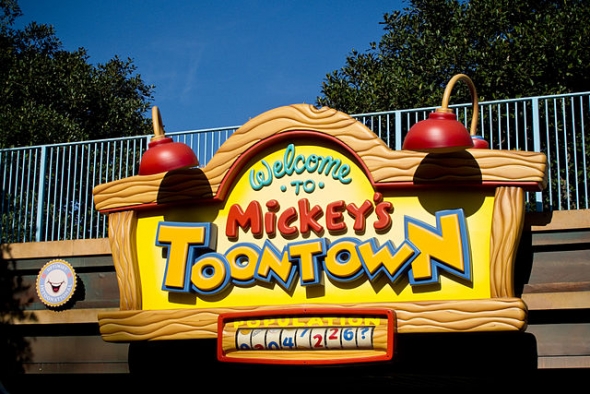 It’s hard not to talk about Mickey’s Toontown without evoking nostalgia. It both was and remains much beloved by longtime Disney fans. While the location at Walt Disney World’s Magic Kingdom was closed in 2011 (elements of it were rethemed into the Storybook Circus zone of New Fantasyland), this insane homage to Disney’s classic character gang can still be visited at Disneyland and Tokyo Disneyland.

While Mickey’s Toontown has hosted a few rides in all of its incarnations (the Disneyland location will be the home to a mirror of Mickey and Minnie’s Runaway Railroad, for example), the primary allure of Toontown came from its myriad hands-on play elements. The laws of physics are cast to the wind here, and wacky homages to Disney toons abound. The land brims with potential for exploration and play, from a trip to a rubber-barred town jail, to a Donald Duck water fun zone, to dozens of interactive props and displays hidden throughout the land’s many familiar toon houses. In Tokyo Disneyland, in particular, Goofy’s Paint n’ Playhouse is a Disney-Quest-like projection attraction where guests can shoot virtual paintballs to “decorate” Goofy’s house. Pretty cool!