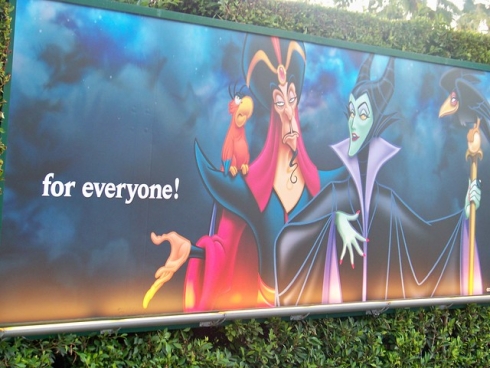 The closer you get to Walt Disney World on I-4, the more its presence becomes clear and obvious. Once you get through Orlando proper, the tourist attractions start to appear — and the billboards advertising them.

For Disney, only the newest and best attractions are worthy of roadside highlighting. Mainstays like Splash Mountain or Spaceship Earth traditionally don’t make the cut, while new attractions and lands like Star Wars: Galaxy’s Edge and Toy Story Land have their visage splashed 30 feet in the air for all to see.

Who knows? But, they certainly do add to the excitement when driving to Walt Disney World. 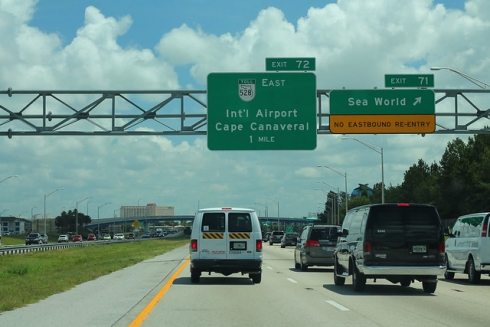 Yes, Universal Orlando being visible from the highway is a nice treat for those theme park nerds looking to indulge in a bit of window shopping while en route to Disney. However, it’s not the only competing theme park on the way to catch the eye.

Sea World, for all its faults, does have a pretty nifty icon outside its gates near the highway, and it adds to the uniquely-Florida aesthetic of the area. The Sea World logo, rendered in 3D, is something to see — as is the massive Renaissance Hotel nearby. Those factors all combine for a fun diversion to keep your eye occupied in the final few minutes of your journey. 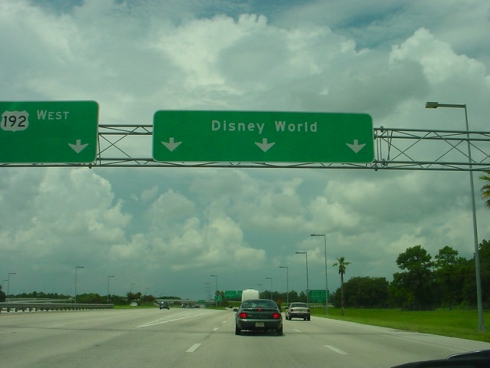 The peak of excitement usually comes at this moment — when the first official highway road sign arrives announcing that any of the following exits will vector you straight into the Walt Disney World Resort.

There’s something welcoming and nice about knowing that if you miss one exit, you still have a few more tries. Plus, the official interstate highway road signs provide an trustworthy source telling you that the trip is over. You’re finally here. 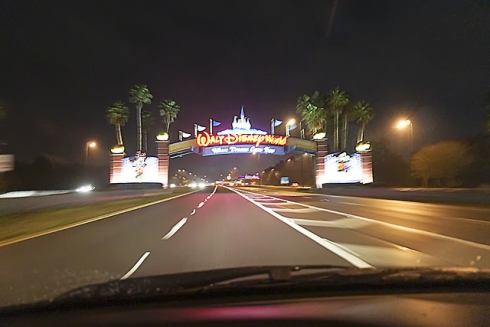 Guests traveling to Walt Disney World for the first time usually aren’t expecting to see the sign, and when it first pulls into view, they freak out in an attempt to grab a quick photo. That, obviously, is essentially impossible — and, stopping your car for such a photo is against Disney policy.

And so, as veteran guests will tell you, simply appreciating the moment as you drive beneath the Welcome to Walt Disney World sign will do wonders. Whether you’re alone, with friends, or with family, it’s impossible not to feel butterflies as you regard it.