So You Got Stuck in an Insane Theme Park Line With No Smartphone... 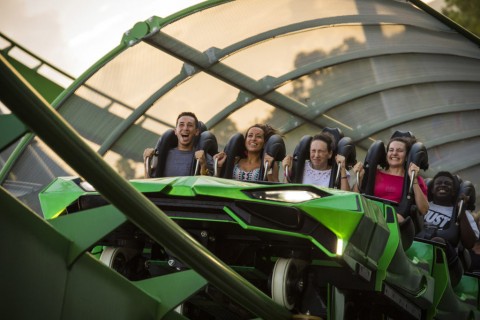 WRITER'S NOTE: This article has been updated to more accurately reflect Universal's policy for carrying smartphones onto rides. At this time, coaster attractions like the Incredible Hulk and Rip Ride Rockit are the primary cases where a guest can't keep their smartphone on them. On other attractions with lockers, guests simply have to store bags and large accessories. While a lack of pockets may still leave you without your phone, it is at least possible to keep your phone in these queues.

This is actually a scary-common scenario, both at Disney parks and at Universal Studios. At Walt Disney World and Disneyland, the culprit is usually a dead phone battery. Both My Disney Experience and the Play Disney apps are serious battery hogs that strain even the fanciest new phones. Another issue is unexpected battery drain from hopping between Wi-Fi hubs throughout the parks. Add to that the problem that electric outlets are crazy hard to find in Disney parks and you have a recipe for a long line without the glowing comfort of your smartphone.

Universal Studios and Universal Islands of Adventure have their own brand of this problem, and it’s even worse. While Disney embraced guest smartphones with open arms, even providing convenient bins to store them on most of their bumpier rides, Universal decided they weren’t having any of that. After some unfortunate incidents with falling objects on their coasters, they took a hardline approach forbidding guests from bringing any objects on their high speed or bumpy attractions. They even employ metal detectors to ensure guests can’t sneak any in. 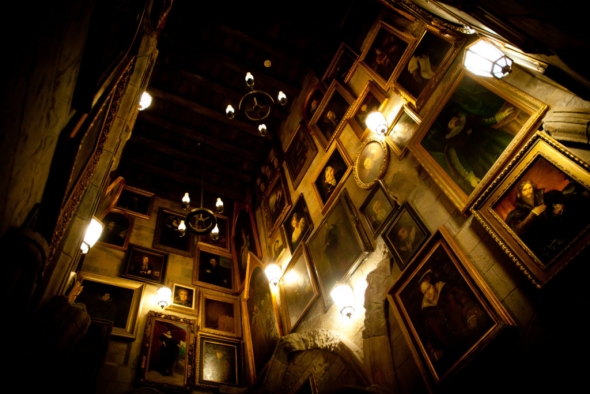 Before getting in line for most Universal thrill rides, guests have to store their belongings in a free locker at the beginning of the queue--for coasters like The Incredible Hulk and the Rip Ride Rockit, this includes your ever-helpful smartphone as you're not allowed to just shove it in your pocket. It's a side issue that these lockers are one of the most frustrating elements of a visit to Universal’s otherwise-awesome parks. The locker bays--especially in claustrophobic attractions like Harry Potter and The Forbidden Journey--usually involve navigating a sea of frustrated fellow park-goers crammed into sardine-can conditions. It’s a social-anxiety nightmare, and it can also mean heading into queues without your phone.

At either theme park, these scenarios can mean 1-3 hour lines without access to any of the popular diversions we get from technology: no social media, phone games, audiobooks, or trip-planning apps. While we’ve discussed how to unglue from our smartphones to play pretend with our kids, we wanted to tackle a much tougher challenge.

How do you survive an insane line with no smartphone at all? Here’s six tricks we found to keep your sanity intact…

1. Pay attention to the details 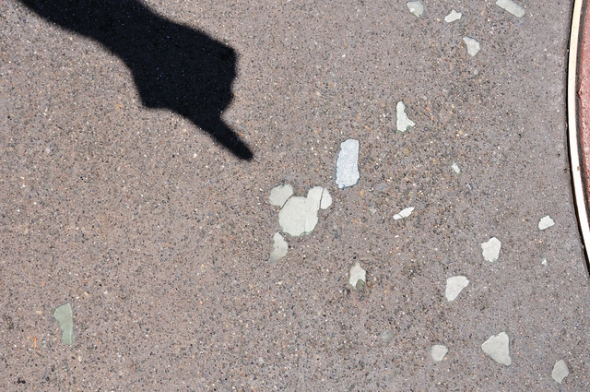 A well-designed theme park queue gives guests plenty to keep their mind occupied during a long wait. One of the best examples of this is the queue for Avatar: Flight of Passage at Disney’s Animal Kingdom. Guests frequently comment how even multi-hour waits seem to fly by thanks to the intricate storytelling in the queue area. Another example of this is the Indiana Jones Adventure at Disneyland. When this attraction first opened, guests were given a small codex they could use to decipher writing on the walls of the tunnels. There were even sections that were booby-trapped (like the famous-but-now-broken spike ceiling).

The first and best way to pass time in a line with no cell phone is to look for these details. Instead of zoning out, go out of your way to pay attention to your surroundings and search for Easter eggs hidden by the designers. Pay attention to every prop, sign, and even the designs in walls and ceilings. At Walt Disney World, the most common Easter egg is hidden Mickeys. You can look for hidden Mickeys almost anywhere, and perceptive kids tend to notice them everywhere once you get them into the game.

Also make it a point to read all signs—even those that just look like legal jargon. There are a few signs in the queue for The Incredible Hulk at Universal’s Islands of Adventure that include some hilarious safety language as well as some great references to Marvel characters past and present. 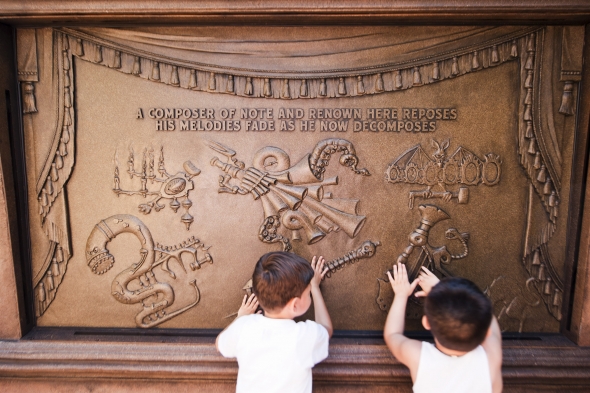 Especially if you are visiting with kids, good old-fashioned word games can be a great way to pass the time in theme park lines. Sure, you could play paper-rock-scissors (or paper-rock-scissors-lizard-Spock), but there are some other games that are much better picks for themed ride queues.

The easiest classic is I Spy, especially if you use our previous tip to search for details. Find something really obscure, say I Spy, then describe the object in question as vaguely as possible. Your party then take turns asking yes or no questions to figure out what it is. You can keep kids (and easily entertained spouses) going for a good while trying to figure out just what you’re describing.

Similarly, a game of 20 Questions can make for extended fun, especially if you tie in park themes (superfans could have a lot of fun with this in Marvel, Star Wars, and Harry Potter areas). You simply have one person choose a character or famous person but keep the identity to themselves. The rest of the party takes turn asking simple yes or no questions to try to figure out who the secret person or character is.

Similarly, you can also use “keep the chain going” games from road trips. For example, one person picks a Disney character—let’s say “Belle”. The next person has to pick another character that starts with the last letter of the previous character’s name—like “Elsa” or “Edna Mode” (you can optionally come up with a special rule if the next name starts with the same letter). You can find tons of great games for lines by looking up road trip games, as well as improv acting games.

The part about Universal's lockers isn't quite accurate. On Hulk and Rip Ride Rocket, ALL belongings must be placed in lockers, including cell phones, and this is checked via metal detectors. On Forbidden Journey, Gringotts, Mummy, and Men in Black, only BAGS have to be placed in lockers but guests can keep phones and anything else that can stay in a pocket (and there are no metal detectors on these rides). There are no bag or phone restrictions on any other ride. So it's really only two rides at the entire resort that you'll definitely be phone-less. Remains to be seen what policy they enact on Hagrid's.

This was great. I liked tip #6 (mindfulness) the best.