Here's What Disney Should Learn from the Best Disney Park

This concept goes hand-in-hand with the discussion of rides. Maintenance at American Disney parks has fallen by the wayside in recent years. One of our cohorts in theme park analysis, WDWNT, actually keeps a running tally of broken parts on various Disney attractions. Their entire reader base chips in because the sheer volume of failed ride mechanics is too large for any one person or group to track.

The same organization returned from a trip to Tokyo Disneyland and reported exactly one malfunctioning item across two parks. That statement is telling about how much more The Oriental Land Company prioritizes the maintenance phase.

Disney is currently spread thin as they navigate the creation of multiple themed lands, new attractions, and other developments. Even so, they wouldn’t have to spend a great deal of resources to fix what’s broken. They simply choose not to do, and it’s gotten to the point where many loyal Disney fans are now trying to shame the company to do its job.

Forbes has listed The Oriental Land Company as having some of the highest job satisfaction marks in the corporate world. They’re in the top 100 on the planet in terms of workers loving their jobs. Contrast that with The Walt Disney Company, which just went to war with its employees.

Disney has gotten so cheap with its cast members that Abigail Disney, the granddaughter of Roy O. Disney, has written an op-ed piece begging the company to do more. She is outraged by the imbalanced split between executive pay and regular employee salaries. The latter group just had to revolt in order to guarantee $15 per hour pay. Meanwhile, CEO Robert Iger personally earned $65.6 million in 2018.

I won't lie and pretend like Japan doesn't have any pay inequalities of its own. The gender gap income disparity there is frustrating, to say the least. But The Oriental Land Company has done a remarkable job of keeping its employees feeling valued through their respectable salaries. American Disney parks simply must follow their lead. 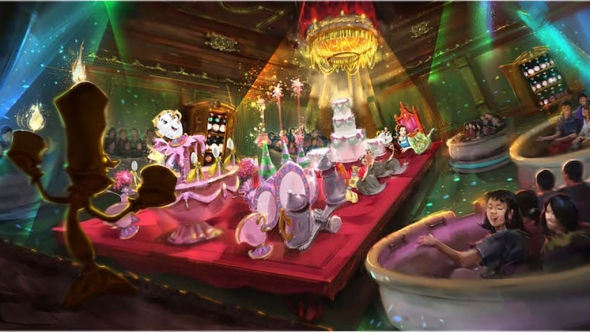 Since the beginning (and 20 years before that), Tokyo Disneyland’s owners have obsessed on the company’s footprint on the greater Tokyo area. To be fair, they have to do it due to the scarcity of available land in this region. One of the dirty secrets of the park is that it was once a landfill, and a couple of its major expansions were landfills as well. All Tokyo space eventually gets used for something beneficial to the citizenry.

Park officials do their homework in planning for the future of Tokyo Disneyland. They spend years evaluating options before they proceed. The famed Beauty and the Beast expansion that will open in 2020 was first plotted in 2015. Contrast that to Walt Disney World, where Disney has space for whatever they want but haven't built a new theme park since 1998. Alternately, compare it to Disneyland, where people have literally run for Anaheim City Council AND WON based on a platform to force Disney to do its fair share for the city. To many locals, Disney's become a bad neighbor, while The Oriental Land Company is championed as a respected tenant in Tokyo.