4 Unbelievable Facts about the History of the Magic Kingdom 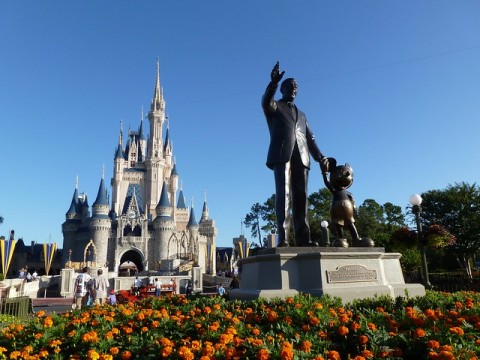 The Magic Kingdom may not be the most original area conceived for the Walt Disney World Resort, but it’s unquestionably the most popular of the four existing parks. According to the Theme and Museum Index Report for 2017, the Magic Kingdom drew the highest attendance of any domestic or international theme park in 2017 with an estimated total of 20.4 million guests, with Disneyland a distant second at 18.3 million visitors. (Disney’s Animal Kingdom ranked sixth-highest, Epcot seventh, and Disney’s Hollywood Studios ninth.)

That’s not to say the Magic Kingdom is a brick-for-brick imitation of its sister park on the West Coast. From the sprawling lawns in front of the silver-spired Cinderella Castle to its double-tracked Space Mountain (a Walt Disney World original) and the swinging mine cars on Seven Dwarfs Mine Train, the park manages to feel both familiar and revolutionary to those already well-acquainted with the Disney Parks. It’s unmistakably on-brand, right down to the spoke-like pattern of its six distinct lands, but fresh enough that it can stand on its own without drawing negative comparisons to Disneyland.

While there have been various stories about the inspiration behind the Magic Kingdom’s creation, it seems reasonable to say that Walt Disney envisioned a land where he could improve on the design and infrastructure of his first theme park. He died just five years before he could see some of those plans come to fruition, but when the park finally opened on October 1, 1971, his brother Roy ensured that Walt’s legacy would be honored in the Florida kingdom for generations to come.

“Walt Disney World is a tribute to the philosophy and life of Walter Elias Disney,” Roy read from the dedication plaque, “and to the talents, the dedication, and the loyalty of the entire Disney organization that made Walt Disney’s dream come true. May Walt Disney World bring Joy and Inspiration and New Knowledge to all who come to this happy place… a Magic Kingdom where the young at heart of all ages can laugh and play and learn—together.”

In the years following Walt’s death in 1966, Disney Imagineers not only furthered his philosophy of innovation and imagination, but found subtle ways to pay homage to the park’s creator, too. Let’s dive into some little-known facts about the creation of the most popular Disney Park in the world…

One of Walt’s favorite movies inspired an interesting backstory for Main Street, U.S.A. 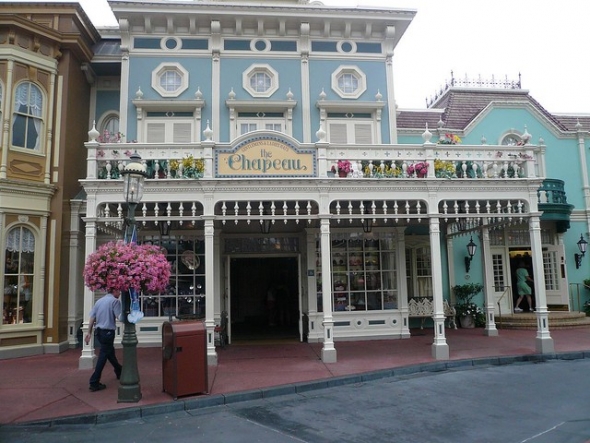 It would be unfair to describe Main Street, U.S.A. as a snapshot of any one time period in United States history. Main Street is less a historical representation of 19th-century America than it is a rose-colored idea of what small American towns should have looked like: it’s equal parts idyllic childhood memory, Ragtime-era charm, and pure imagination.

So, it makes perfect sense that a small sliver of Main Street was once themed to one of Walt Disney’s (alleged) favorite live-action films. According to Disney historian Jim Korkis, the Chapeau shop in Town Square has a rich backstory involving several characters from the 1963 Hayley Mills flick Summer Magic. The film tells a sweet, sappy story about a young girl, Nancy Carey, who is forced to relocate to the countryside with her mother and brothers and attempts to better their lives through a series of increasingly absurd—if well-intentioned—lies.

When putting the finishing touches on the Magic Kingdom’s hat shop, meanwhile, Imagineers devised a new adventure for the spirited Carey and her city-mouse cousin, Julia. The official backstory for the store described the two women as business partners and “thoroughly modern merchants” committed to outfitting the residents of Main street with the finest bowlers and bonnets money could buy. Prospective customers (often those in search of Minnie ears—not period-specific Easter bonnets) might have spotted traces of the Careys throughout the area, from family photographs hanging in the shop to the ‘No. 63’ address posted outside the entrance to the name “Osh Popham” (the good-natured storeowner whom the Careys befriend, played by Burl Ives) etched in a window of the nearby Emporium.

Today’s guests are likely to miss the shop’s rich history as most (if not all) references to the film have long-since been removed. It’s not certain that Walt had any intention of paying homage to Summer Magic on Main Street, but the Imagineers’ short-lived inclusion of the film served as a heartwarming reminder of his enduring influence on the Disney Parks—both as a family-friendly vacation destination and an amalgamation of his favorite things.