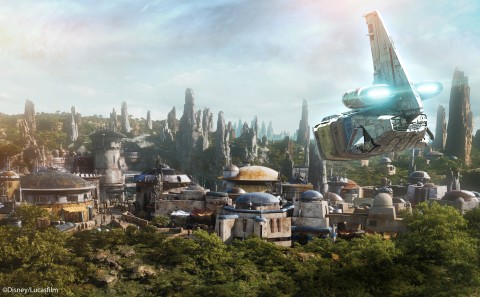 “Open a Star Wars land they said… It will be fun, they said…”

As much as it may pain superfans to admit it, not everyone is a Star Wars fan and not everyone is excited about the impending arrival of Star Wars: Galaxy’s Edge to Disneyland and Disney’s Hollywood Studios. This hugely anticipated land is already changing the face of Disney parks and will bring record breaking crowds, significant shifts in attendance patterns, and unique challenges for resorts and infrastructure. Despite the downsides, Star Wars fans can barely hedge their excitement to finally fly the Millennium Falcon, take on the First Order, and build their own lightsaber.

But what if your response to the arrival of Galaxy’s Edge is just, “Meh”?

Fans of Disney parks come in all different varieties. It’s understandable that Star Wars just isn’t some people’s thing—indeed, there are even longtime fans of the series that aren’t crazy about the new film canon. There is no doubt that non-Star Wars fans will still feel the effects of the opening of Galaxy’s Edge, even if they never step inside.

Still, is there any reason for non-Star Wars fans to care a flip about the arrival of Galaxy’s Edge, let alone to visit?

Crowds alone will likely be enough to convince many non-fans to skip it until some of the craziness dies down. However, if that happens, there are actually some good reasons for a non-Star Wars fan to consider visiting Galaxy’s Edge once it opens. Indeed, you may just end up enjoying yourself. Here’s a few reasons why.

1. You can still enjoy an immersive land without caring about the franchise 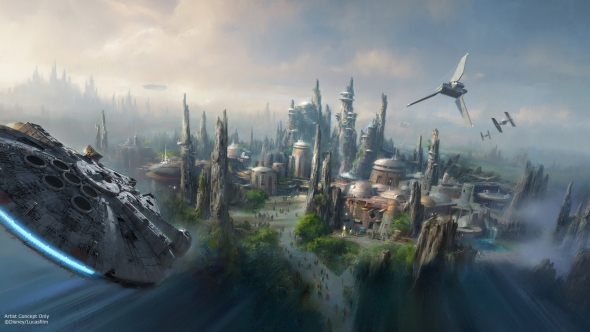 When Disney announced the opening of The World of Pandora at Disney’s Animal Kingdom, many fans were seriously left scratching their heads. James Cameron’s Avatar was certainly a successful movie, but it hadn’t necessarily stirred the type of intense fandom that Harry Potter, Star Wars, or even Marvel enjoyed. It seemed like a waste of an expansion, an easy land to blow off.

Boy, were we wrong.

The World of Pandora has become one of the most successful park expansions at Walt Disney World, and that success stemmed from the land’s incredible immersive feel. I would venture to say that the majority of visitors to the World of Pandora, especially small children, probably don’t plaster their homes with Avatar collectibles or consider the film a favorite. However, lack of connection to the franchise doesn’t take anything away from the awe-inspiring atmosphere of the World of Pandora. You can know literally nothing about the film and still get swept away by the immersion. Indeed, it seems likely that the opening of the land probably stirred some people to watch the film who had never seen it before.

You can similarly consider The Wizarding World of Harry Potter at Universal Studios. While Harry Potter has a huge and intense fanbase, like Star Wars, there are people who just aren’t into it as a series. I’ll be honest, I was one of those people and was very skeptical upon visiting the first time (particularly because I’d loved the original mythology and fantasy-themed Lost Continent section). However, even without being a fan of the Harry Potter franchise, I could appreciate the excellence put into the ride technology and the insanely immersive setting. It’s an extremely well-designed land, and just walking through it is an enjoyable experience for the imagination. 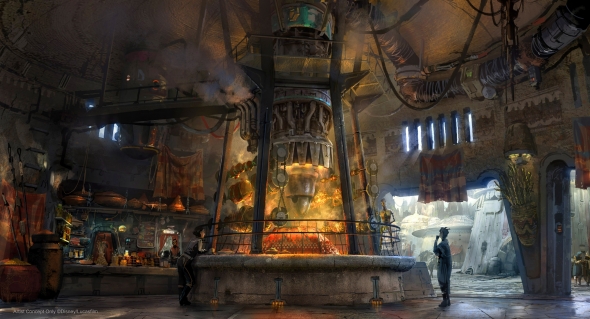 Star Wars: Galaxy’s Edge will almost certainly follow this suit—indeed, it’s looking like it may prove to be the most immersive major theme park expansion in history. It’s not going to be a museum or “studio” experience for Star Wars fans—you won’t even see signs inside labeling it as “Galaxy’s Edge”, most likely. You’ll enter the immersive environment of the Black Spire Outpost on Batuu, where you basically become a roving character within the Star Wars mythos. The crowds are an intended part of the atmosphere in this busy trading hub, and you won’t need an in-depth knowledge of Star Wars lore to appreciate it.

Even if you don’t care about a franchise or its intellectual properties, when Disney creates an immersive land, you can’t help but get swept up in it. We can appreciate the land as something beautifully and intricately crafted, a living piece of art. Even without personal connection, non-Star Wars fans will still be able to let the stories of the Black Spire Outpost carry the imagination to new places never before explored when they visit Galaxy’s Edge.