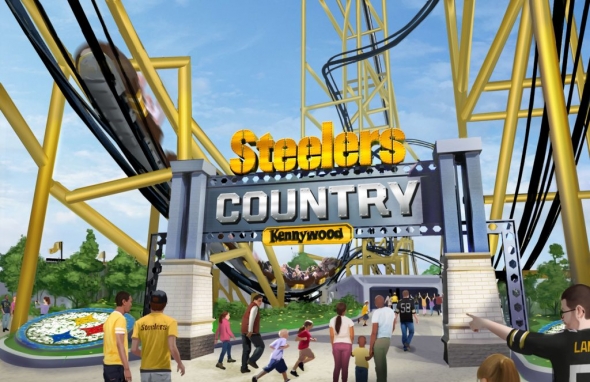 Image: KennywoodWest Mifflin, Pennsylvania, hosts one of the most underrated theme parks in North America as well as one of the longest operating ones. Are you familiar with Carnegie-Mellon University? Its founding family, the Mellons, built a trolley park attraction in 1899. Ten years later, the Kennywood Entertainment Company bought and started a family-operated theme park that is still in business today. It’s been declared a National Historic Landmark as well, one of only two parks in America that can claim this honor.

Kennywood began as a trolley park, a place where guests were encouraged to visit trolley lines, even on the weekends when the services weren’t needed. These social gatherings involved picnics and various forms of entertainment such as pavilions and attractions. Several of the rides today are older than you and possibly even your grandparents.

Image: KennywoodTurtle Chase, The Thunderbolt, the Train, Noah’s Ark, Whip, Carousel, The Whippersnapper, Racer, The Turtle, and Auto Race all pre-date anything at Disneyland by at least five years. Several of them will celebrate their 100th anniversaries over the next few years!

Kennywood doesn’t rely on the past, though. They’re constantly adding new attractions and themed lands. Perhaps the oddest one on this list is Steelers Country, which will celebrate all things Pittsburgh Steelers. The featured attraction here is a roller coaster called Steel Curtain, although Terrible Tower has the better name. There’s even a restaurant named End Zone Café. This place sounds great…unless you’re a Cincinnati Bengals or Baltimore Ravens fan. 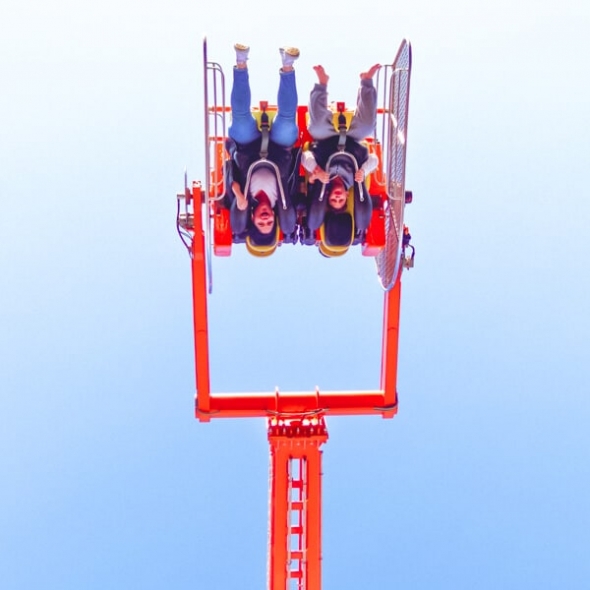 Image: Luna ParkOkay, let’s talk about one of the most historically significant theme parks in the world, one that’s only been open since 2010, oddly enough. Any discussion of Northeastern theme parks must include Luna Park, as it sits on (or close to) hallowed ground on Coney Island. Luna Park is the modern theme park located a block away from the original Luna Park that opened in 1903.

While New Yorkers of a certain age know this place as Astroland, which operated from 1962 through 2008, the current name befits its heritage and importance in theme park history. Luna Park is the home of the Coney Island Cyclone, the greatest roller coaster of the early 20th century. Thanks to frequent refurbishments, the Cyclone is still working today. You can take a ride on the same roller coaster from the William Taft administration. 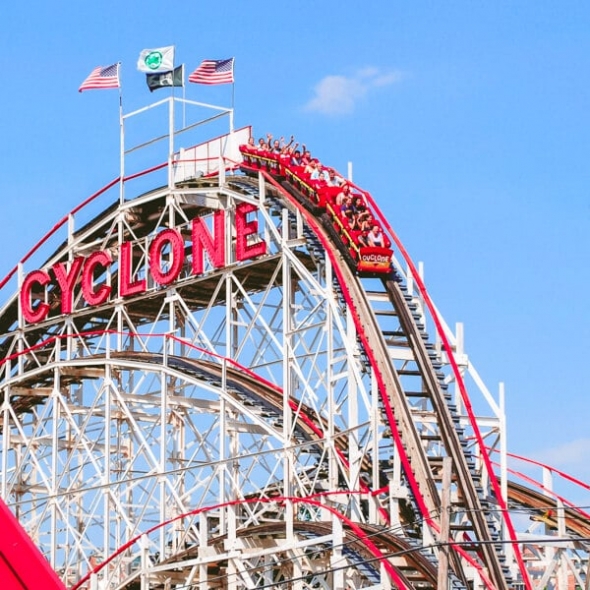 Image: Luna ParkWhile the Cyclone is the star here, Luna Park hosts several other fairly intense carnival attractions. It’s a park for adrenaline junkies for sure thanks to the Scream Zone, a series of thrill rides like the Soarin’ Eagle roller coaster. Still, children will have a blast here because of the nine kiddie rides. Luna Park is a part that caters to everybody.

The other Pennsylvania theme park with rides tracing back to the 1920s is Hersheypark. Located in the town of Hershey, this place was built to entertain the town’s residents as well as employees of the Hershey Chocolate Company. People jokingly referred to the place as Chocolatetown for years before park executives leaned into the concept. They repurposed previous parts of the park to construct a new themed land called Chocolatetown that will open next year. And the park has a plaque that celebrates Chocolatetown Square.

Hersheypark has a decided candy emphasis, but you’ll find more than just sweets here. Some of the attractions are pretty badass. Skyrush was one of the first winged coasters on the planet and is still tallest, fastest ride at the park. And Fahrenheit is a steel roller coaster that has earned a spot on several “most terrifying roller coaster” lists due to its storied 97-degree drop. In total, the park has 14 roller coasters, 15 water rides, and a bunch of attractions that date back 50 years or more.

The star of Hersheypark is the chocolate, though. You'll even find a dark (chocolate) ride that displays the history of chocolate manufacturing and also shows some of the steps in the process. There’s no theme park on the planet more likely to give you the munchies than Hersheypark.