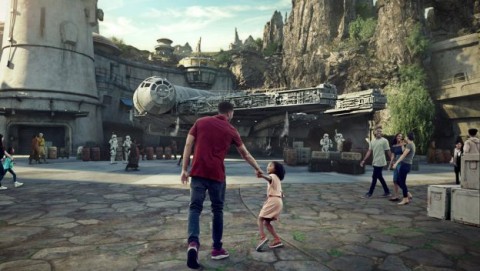 Regardless of your personal feelings toward the Star Wars franchise, there’s no denying that Star Wars: Galaxy’s Edge is poised to be the biggest thing to happen to the Disneyland Resort in, well, a very long time. This is the first major expansion the park has seen since Mickey’s Toontown was tacked onto the back end of Fantasyland in 1993, and coupled with the immense popularity of the science fiction series, Disney has a recipe for absolute pandemonium on their hands.

Luckily for super-fans and overwhelmed cast members alike, it looks like the company has a plan to alleviate crowding and long wait times. Starting on May 31, 2019, guests will be required to make a no-cost reservation in order to access Galaxy’s Edge. Reservations may come with an as-yet unspecified time limit so that Disney can keep guests moving through the land at a reasonable pace for the first month of operations, though this has not been officially confirmed on the park's website.

While Disney has yet to announce when and where these reservations can be obtained, guests will still need separate and valid park admission in order to access Galaxy’s Edge. Visitors staying at any of Disney’s official hotels—the Disneyland Hotel, Disney’s Grand Californian, and Disney’s Paradise Pier Hotel—will be offered one reservation per person, per hotel stay, but word has it that all three hotels have already been booked in advance of the opening of Galaxy’s Edge.

Crucially, no Magic Morning/Extra Magic Hour perks or standby admission will be offered—so if, for whatever reason, you or another member of your group cannot secure a reservation for the experience, you’re out of luck until the next window opens. The reservation requirement will be dropped on June 24, 2019, but guests will still need to obtain a digital “boarding pass” in order to enter the land.

It’s an interesting strategy, albeit an unproven one. (The Tokyo Disney Resort has tried similar tactics in the past, but never quite to this degree.) As Disney continues to expand their parks over the next few years, particularly with the opening of ‘Frozen Land’ in Tokyo DisneySea and ‘Marvel Land’ at Disney California Adventure, it certainly seems plausible that they could restrict crowd levels in the same way. Let’s break down the pros and cons of this approach.

Pro: Reservation-only access is a sure-fire way to reduce crowds and congestion in Galaxy’s Edge. 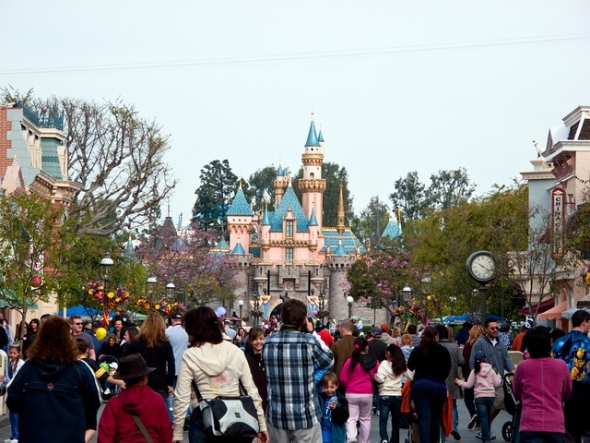 There has been understandable hype surrounding the development and opening of Galaxy’s Edge over the last several years. After all, this isn’t a whimsical overlay (á la Pixar Pier) or small-scale expansion (Pandora – The World of Avatar). Black Spire Outpost promises to be an experience unparalleled by anything we’ve seen at the Disney Parks to date, both in scope and detail. With tech-enhanced droids, one-of-a-kind merch, unique character experiences, state-of-the-art attractions, a hotel specially designed for outer space travelers (exclusive to Walt Disney World, at least for the time being), and an intergalactic “reputation” to cultivate and maintain, guests will be able to immerse themselves in Star Wars lore on an entirely new level.

It’s hardly surprising, then, that Disney has adopted preventative measures to keep crowds to a manageable size during the first month of Galaxy’s Edge operations. Thanks to the new reservation system, Disney will have full control over the number of guests permitted inside the land—and though it may be naïve to believe Galaxy’s Edge will ever be anything close to empty, parkgoers likely won’t be packed shoulder-to-shoulder between the Millennium Falcon and Oga’s Cantina, either.

Not only will this make the land more walkable and enjoyable, but the reduced crowds should have a positive effect on the quick-service dining locations and shops as well. According to Disney, neither FASTPASS bookings nor dining reservations will be accepted at any location throughout Galaxy’s Edge, presumably in hopes of creating a more seamless guest experience.

Con: Reservations favor those with on-property hotel bookings—to the detriment of budget-focused travelers and locals. 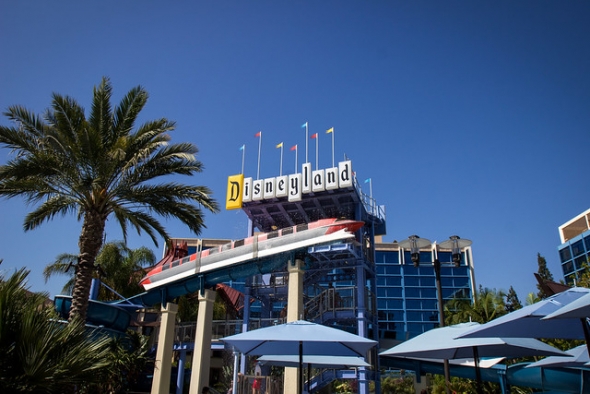 It’s hard to fault Disney for making a savvy business decision here. Unlike Walt Disney World’s multi-tiered, multi-dozen hotels, the Disneyland Resort offers just three official hotels to guests who can afford their high-end pricing. All three hotels were already likely to sell out in advance of May 31, but the added incentive of guaranteed admission to Galaxy's Edge all but ensured a steady stream of revenue for Disney this summer.

Still, their decision to offer this exclusive perk to on-property guests means that those who choose to stay in Anaheim’s budget-friendly hotels will be at a slight disadvantage, as will locals who can’t or don’t want to spring for an expensive ‘staycation.’

Granted, we don’t know the particulars of the reservation system, so there’s no way to predict just how difficult it’ll be to secure an advance reservation. Given the popularity of the Star Wars franchise and the perceived appeal of Galaxy’s Edge, however, it’s not absurd to suggest that the public demand for reservations will be sky-high for the first month.