Here's How You Do ALL FOUR Walt Disney World Parks in ONE Day (Without Losing Your Mind!) 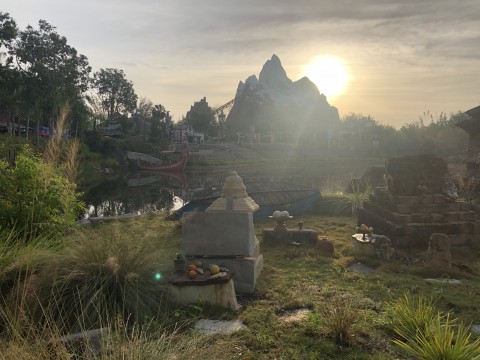 This March, I was fortunate enough to find myself on a business trip to Florida. I live in New York City, so an escape to the warm weather of the Southeast was certainly welcome, but the real reason I felt so lucky was that I managed to extend my trip to make a visit to Walt Disney World.

But, in a twist that would make the almighty Thanos happy, there was bad news to perfectly balance out that good news: I could only spend one day on the property.

Nevertheless, I was able to get a one-day park hopper, so I figured I’d set a challenge for myself. What if I could visit all four parks in one day? What if I tried to experience all of the headlining attractions that I could? Would that be possible? Would that even be fun?

Considering I was traveling alone, and I didn’t have anyone to object to such an obvious foolhardy mission, I decided to give it a go. What’s the worst that could happen?

And so, I fired up my touring plans and downloaded the MyDisneyExperience app and got to work planning my trip. A few days later, I found myself falling asleep in the Walt Disney World Swan, anxiously awaiting waking up and trying to tackle the whole World in one day.

I wound up being pretty darn successful — pulling off 20 or so attractions in total — and here are some things I learned along the way: 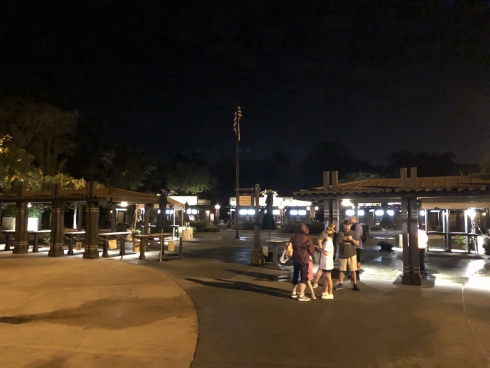 On the day I visited, Disney’s Animal Kingdom had Morning Extra Magic Hours, meaning I could access the park beginning at 8:00 AM as opposed to its normal opening time of 9:00 AM. Due to the last-minute nature of the trip, I was unable to score a Fastpass+ reservation for Flight of Passage in advance, so if I wanted to ride it, my only real chance would be to rope drop it — the practice of showing up early enough to be one of the first guests to gain entry into the park.

I left the Dolphin in a Lyft around 6:15 AM — earlier than even the Walt Disney World bus system operated — and arrived around 6:30. And, believe it or not, I was roughly the 8th or 9th guest there.

The strategy paid off. In fact, it paid off so well that I was walking off Flight of Passage right at 8:00 AM — with a major attraction already put in the books. It was so brisk that I was able to ride Na’vi River Journey with only a minimal wait.

I’ve never been someone who really felt compelled to experience Walt Disney World rope drop — everything from the early wake-up call to the human stampede just seemed like too much stress for something that’s supposed to be a vacation. But if there’s an attraction that you really must do or your trip will feel like a failure, the best way to experience it is right as the park opens. 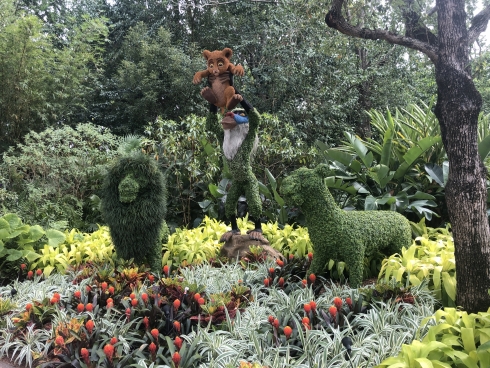 One of the things I was most apprehensive about before the trip was exploring the world on my own. It’s not that I didn’t like the idea of being alone or was worried that I might grow lonely, but it was more that I thought I might feel out of place — a solo traveler in a place built for families and friends.

Thankfully, my worries were put to bed almost immediately. I’d never been to Walt Disney World alone before, but what I realized was that being able to do things my way and on my schedule meant that I could finally see the resort as I’d always wanted to see it. If I wanted to stop for a minute to take pictures, I didn’t have to worry about slowing anyone else down. If I wanted to rush from attraction to attraction without taking a break, I could do that too.

And, I never once felt uncomfortable or alienated being on my own. In fact, the cast members were so friendly and so eager to brighten my day, it almost felt like being a VIP. Their attitude never felt condescending or infantilizing, but rather, they seemed genuinely excited to make my day better. That was pretty cool.

In all, visiting Walt Disney World alone is much like traveling anywhere else alone — setting your own schedule and doing whatever you want to do can lead to a fantastic vacation.